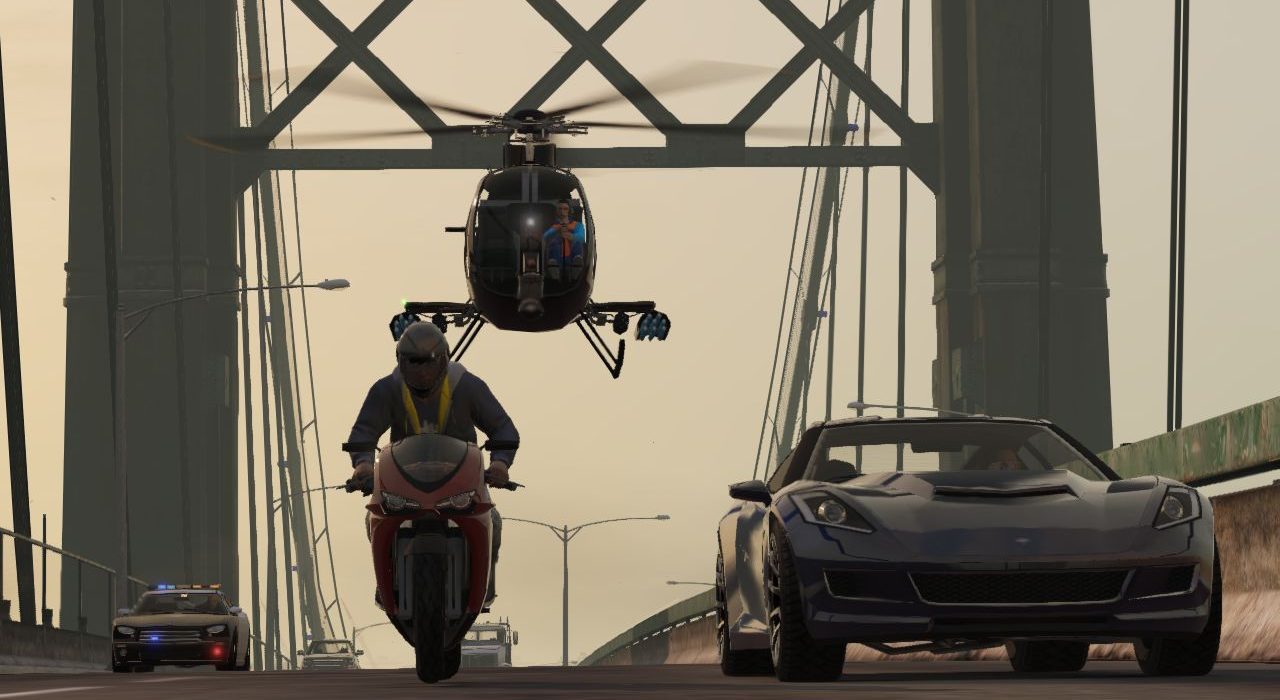 Rockstar Games first released the latest instalment of the critically acclaimed Grand Theft Auto franchise back in 2013, to almost palpable anticipation, and they certainly did not disappoint. With sales in excess of 60 million copies across multiple platforms, GTA V’s success rivals that of the King of Pop and his 1982 album Thriller.

But how do the team over at Rockstar alleviate the insatiable hunger of their enormous fan base and keep GTA V relevant? With a ton of FREE downloadable content, that’s how!

The majority of downloadable content (DLC) is restricted to the online element of the game, which was developed in tandem with the single-player mode, to create a world that is continuously developing. So what is on offer in the dynamic open world of Los Santos for you and up to thirty others to enjoy?

Rockstar have so far released a plethora of content ranging from the ‘I’m Not a Hipster’ and ‘Beach Bum’ updates, to special holiday themed offerings such as the ‘Festive Surprise’ or ‘Valentine’s Day Massacre Special’. Apart from adding new weapons, vehicles and outfits, such updates have remained relatively superficial.

However, that all changed with the release of Online Heists. This feature allows you and three friends to prepare and pull off a set of audacious robberies and line your pockets with some much-needed cash at the same time.

Yet what does a kingpin of the criminal underworld do with all that new-found wealth? Buy an attack helicopter of course! The ‘Lowrider’ DLC quickly succeeded online heists, allowing players to cruise down Vespucci Beach listening to West Coast Classics in their very own custom 1964 Impala.

Or, if you are under the impression a crime boss deserves a little more luxury, the ‘Executives and Other Criminals’ update might be for you. Stroll the deck of your own super-yacht or hire other players to escort you around in an armoured limo with a mini-gun on top; the possibilities are endless.

This begs the question, how does Rockstar follow up on such a prestigious lineage of DLC? Two words: Biker Gangs. That’s right, the latest update for GTA online allows you to establish your own motorcycle club of up to eight fellow bikers. Members have their own roles and responsibilities ranging from enforcer to president as they burn rubber and terrorise the streets of Los Santos.

However, the Biker update is much more than a range of new bikes and weapons, it is an opportunity to create your own criminal enterprise, expanding on the earlier ‘Finance and Felony’ DLC.

You can buy one of twelve clubhouses dotted around sandy shores to act as your base of operations while you expand your organisation and battle rival clubs. There are also numerous business opportunities such as money counterfeiting and document forgery, or you could turn your hand to arms smuggling and large-scale narcotics distribution.

The Biker update adds features the game has been crying out for since its conception and Rockstar certainly do not disappoint with this new DLC. This really is the game that just keeps giving, expect many more great things on the horizon.