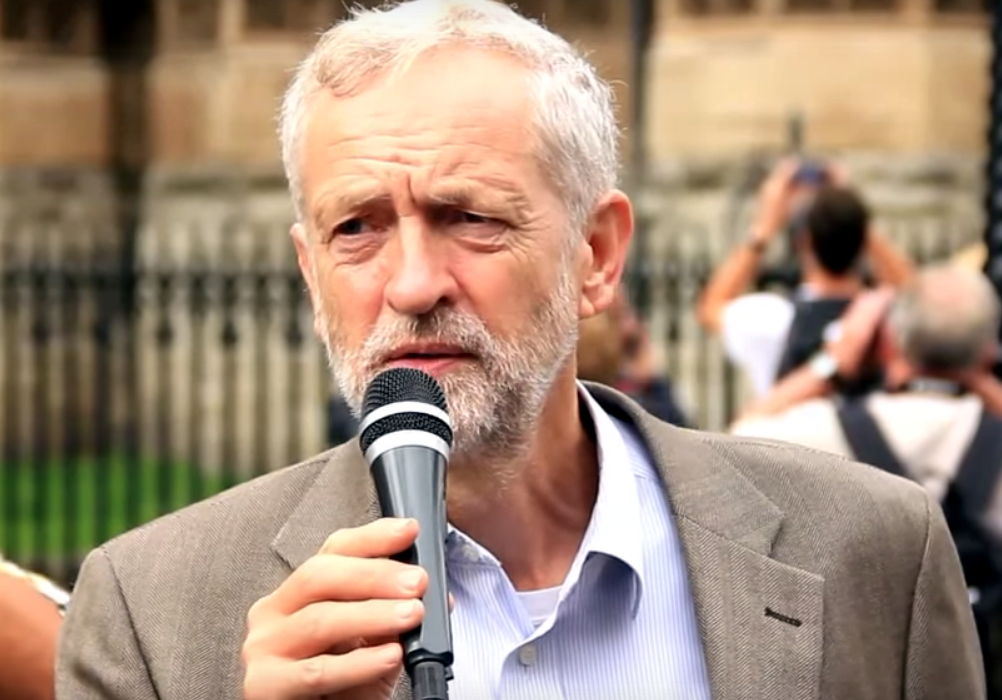 “You may not be interested in war, but war is interested in you.” That famous quote from Leon Trotsky seems to have been completely overlooked by today’s Trotskyist worshippers in the Labour party. Mr Corbyn, Momentum and many others on the left of the Labour party who advocate a complete disarmament of Britain’s nuclear weapons, along with her military-industrial base and Armed Forces, have also forgotten that traditionally, before New-Labour, the party had been pro-defence.

It was ‘old’ Labour leaders, such as Ernest Bevin and Clement Attlee, who saw the importance of defence and an independent nuclear deterrent. Mr Corbyn, on the other hand, reckoned, “wouldn’t it be wonderful if every politician around the world… did what Costa Rica has done, and abolished their army.” Sure, it would be wonderful for his friends, such as Hamas and Hezbollah. Perhaps Putin would stand to benefit, along with ISIS, North Korea, and any other terrorist group—but not Great Britain.

Meanwhile, on the streets of Liverpool, Mr Corbyn’s Momentum friends outlined the meaning of “kinder, gentler” politics by mocking the physically disabled and those with Post Traumatic Stress Disorder. At the Momentum fringe event, The World Transformed, various items were on sale that mocked both soldiers and the institutions of the Armed Forces, with offensive smears on mugs and books. One such example was a leaflet pretending to be an Army recruiting advert, offering “free prosthetic limbs.” Oh yes, suffering horrific, life-changing injuries is hilarious.

The condescension for an institution that is populated with many young men from working class backgrounds should seem remarkable. It is not, sadly: The Labour party, and the left in general, have completely forgotten that the first responsibility of government in a democratic society is to protect and safeguard the lives of its citizens.

Regarding the Labour party defence policy, do people not remember that there was a Labour Defence Review set up in January? It seems that Mr Corbyn and the entire Labour hierarchy had forgotten all about this. Who can blame them when Ken “Hitler-was-a-Zionist” Livingstone, who was meant to report its findings, had been ousted from the party. This lack of thought on the topic is displayed by the moment when Shadow Defence Secretary Clive Lewis was handed a Post-It note informing him about defence policy amendments, minutes before his speech. A video then emerged of the MP, prior to his speech, typing furiously into his phone about said changes, before confirming that the party does indeed have a policy for Trident renewal.

Mr Corbyn has suggested that both the police should not use lethal force when lives are at stake, and that he would refrain from using using nuclear weapons. Thus, Labour intends on spending billions of pounds on a weapons system that is designed to deter, even though it will not deter since its leader has made it clear he would never use it—and so defeating the idea behind it. Billions of pounds that could have been spent on areas such as social housing or the NHS  will be wasted on a project that won’t even do the job it is meant to do—given that Britain’s enemies know it will not be used. If Labour has decided on a leader that is against the use of nuclear weapons, you would think that they would make it party policy to scrap Trident. Apparently not.

The shambles continues with indecision and inconsistency. On the very first day of Mr Corbyn’s party conference, after his re-election, Mr Corbyn criticised MI6 for recruiting more staff to fight terrorism. He then went on to decide that it was necessary for Britain to have a scaled back land-based defence force. I assume this is in preparation for times in which his economic policies will have destroyed Britain and everyone will have had to have emigrated.

Over the summer, Mr Corbyn refused to say if he would come to the aid of a NATO ally should Russia attack said ally. Given his negative attitude towards NATO, America, interventionism, and the application of violence in general, we might assume that he would rather not. However, at the conference, Mr Lewis said that NATO membership would continue, along with the commitment of spending  two percent of GDP on defence. The two percent is a figure that should be debated, and one that I would argue is too little, given the current circumstances. But what is clear from this statement is the corrupt nature of Mr Corbyn, and the indecision of Labour on its defence policy. It elects a leader who wishes to downsize the military and be rid of Britain’s military-industrial base, but yet proposes continuity on defence spending. It simply does not make sense.

This all begs the question: is Mr Corbyn a real revolutionary, as so many on the hard left would like us to believe? Is it revolutionary to make bold statements about pacifying the nation, but fail to do so if should he come into power? Renewing Trident, the continuity of Britain’s membership of NATO, and the commitment of spending two percent of GDP on defence are not revolutionary ideas.