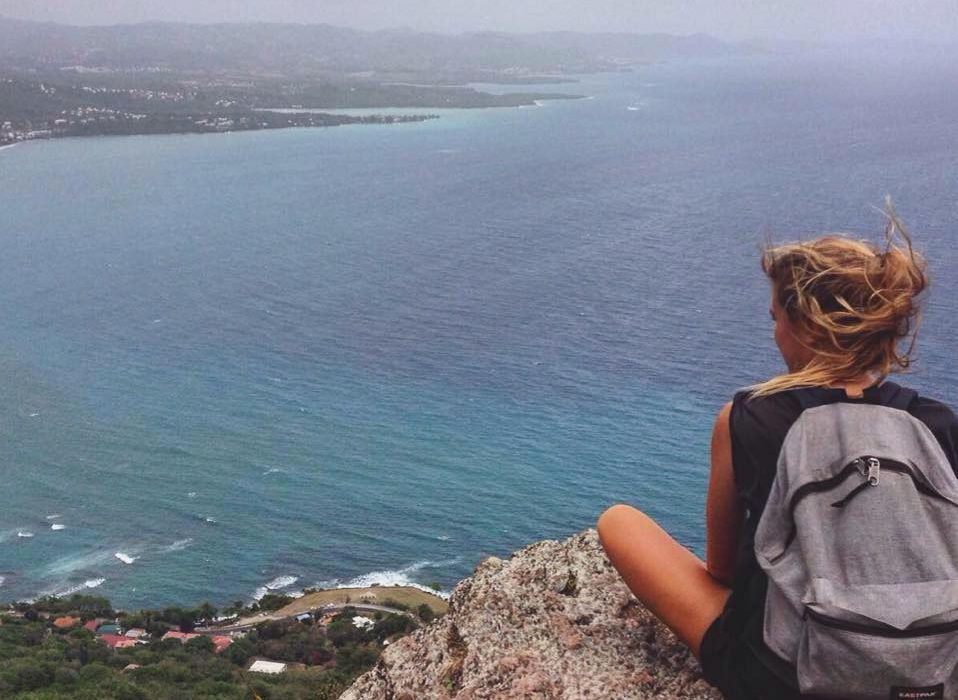 A year abroad is about broadening your horizons in every possible way; you meet new people, discover new cultures, try exotic foods, and become a real global citizen. For Languages students, the year abroad is a given, and deciding how you’ll spend it is a huge and daunting decision.

For most people, the big choice is whether to work, study, or teach—how do you want to spend your year away from the comforts of home and the novelties of your university town? If that wasn’t hard enough, it turns out that there’s actually a much bigger choice to be made that can sometimes slip under the radar: Where on earth should you go?!

Most students aren’t even aware of the huge wealth of countries available to them for their year abroad travels. The Erasmus scheme is so well-known that it’s usually assumed you’ll go and live in a European country and accidentally spend most of your time speaking English (oops). I study French, and spent my year abroad in Paris and Provence—the north and south of mainland France was exotic enough for me. A lucky few, however, have the opportunity to travel to all four corners of the world in pursuit of a completely new way of life, a deeper understanding of language and culture, and a super cool Instagram feed.

This is particularly true for French students, as there are over 270 million French speakers worldwide, living in 29 countries in which French is an official language across all six continents. If the seemingly endless choice of towns and cities in l’Hexagone wasn’t enough, the reality is that if you’re prepared to travel across the mighty oceans, the world really is your oyster.

I spoke to six French students at the University of Manchester about their exciting, enriching, sometimes difficult, and definitely life-changing years abroad around the globe.

First stop: The Caribbean. English Language and French student Bethan spent her year studying in Martinique, an overseas French department in the Caribbean with a population of 380,000. I asked her why she chose to live outside of mainland France: “I love adventure and exploring new places. Growing up I’ve holidayed quite a lot in France, so when I heard that venturing outside of the mainland was an option, it was a no brainer.

“I was excited by the thought of a completely different way of life. Surfing, hiking, kayaking, and diving became regular pastimes. I also travelled to Barbados and St. Lucia—the dream! Although Martinique’s Franco-Caribbean mix was a bit strange sometimes, it has the best of both worlds: Beaches and boulangeries!”

However it wasn’t all sunshine and blue skies: “Occasionally I found myself feeling quite claustrophobic being on a small island, and one of the main struggles was dealing with the impossible mix of French bureaucracy and Caribbean pace, which took some getting used to.”

To anyone considering it, Bethan says: “I think my best advice would be to not overthink and just go for it! Take this chance of a lifetime and come back with better French and a killer tan.”

Also living the island life was Alex, a French Studies student, who spent her first semester working in Paris before moving to La Réunion, an overseas department in the Indian Ocean. “As I study just French I wanted to have both experiences. I love city life, but I wanted to experience a different part of French culture.”

Like Bethan, she “loved the nature in La Réunion; each weekend we would do a hike or go to the beach—there were only three beaches you could swim in because of sharks! We would often hike, even to the top of Piton de la Fournaise, one of the most active volcanoes in the world.”

There were, of course, some challenging setbacks: “The public transport was rubbish and quite often after nights out we would hitch a lift. We once had some Dutch drug traffickers who threatened to throw us in a ravine before dropping us off on the side of the motorway in the middle of the night!”

Moreover, “at times in Réunion I felt a little trapped, as you’re so far from home.” Alex describes La Réunion as “a really big mixing pot” of people and cultures: “It is unusual in the sense that it doesn’t really have an identity. It’s so multicultural.”

All in all, it was a positive experience: “I would highly recommend seeing other parts of the Francophone world rather than staying in l’Hexagone.”

Across the pond, French Canada is a sure bet for students, with over seven million Canadian Francophones. Chloe, a French and History student, studied for the whole year in Quebec, at L’Université de Sherbrooke. “I’d been to France several times, so I wanted to do something a bit more exciting and different. I knew it would be a challenge but that was part of the appeal.”

She loved “the people, and also the landscape of huge beautiful lakes and mountains,” but found the language “quite challenging, because I had to get used to the different accent, as well as the Quebecois slang.” Chloe was a true traveller, visiting “New York, Niagara Falls, Chicago, Quebec City, Cuba, Mexico, Miami, Seattle, Vancouver… to name a few!” To sum it all up? “I had the time of my life.”

Elizabeth, an English Literature and French student, worked in a school in Quebec City for a semester before studying at the Sorbonne in Paris. “I found Québécois people to be more open than French people, especially Parisians! Quebec City itself is incredibly picturesque and really unique; it’s very much a combination between American-Canadian and French culture. I would 100 per cent recommend Quebec, but I’m really glad I chose to also spend a semester in France—I think that gave me a really good balance.”

Over to Africa, where 120 million people speak French in 24 Francophone countries. Kennetha, a French and Linguistics student, spent her year in Togo, working as an English Language Assistant in an international school. Here, “pupils and teachers were from all over the world, and it was so much fun watching the different cultures merging and interacting with each other.”

So why Togo? “I chose to go to Togo because, even though I had never been and knew no one there, I’m from nearby Ghana… so the culture of that area is familiar to me. Once there, I loved the ease of life. It was very comfortable, everyone was welcoming, and the weather was almost always great.”

For Lena, who studies French and History, moving to Senegal was a big change after a semester studying in Paris: “I decided to work in an office for the NGO ActionAid in Senegal’s capital Dakar. I wanted to use my year abroad to travel to a completely new place, and to communicate with more people globally by moving as far away as West Africa.

“Everything I was doing and seeing was nothing like England or even Europe. And, of course, sunshine every day and living next to a beach was great too.” While travelling far and wide, Lena did experience certain struggles being in such a different environment, such as “low level street harassment and sometimes feeling uncomfortable with wanting to travel outside the capital by myself or walking alone at night.”

However, the positives far outweigh the negatives: “I would definitely recommend it. It really broadens your opinions on how truly useful a language can be—no one in Senegal really spoke English, so it taught me to adapt and prepared me for more travelling and challenging situations in the future.”

The list of amazing experiences that people have on their years abroad is endless, but it’s important to remember that this is a big choice that will impact your life in a major way. To be informed before deciding, visit fco.gov.uk to look into all the Foreign and Commonwealth Office’s travel advice, and help inform your own year abroad decisions. Don’t forget to follow @FCOtravel on Twitter and Facebook to stay up-to-date with the latest emergencies and travel warnings as they happen. Your year abroad is all about immersing yourself in new cultures and creating the best memories of your life—so make sure you do it while staying safe and healthy.