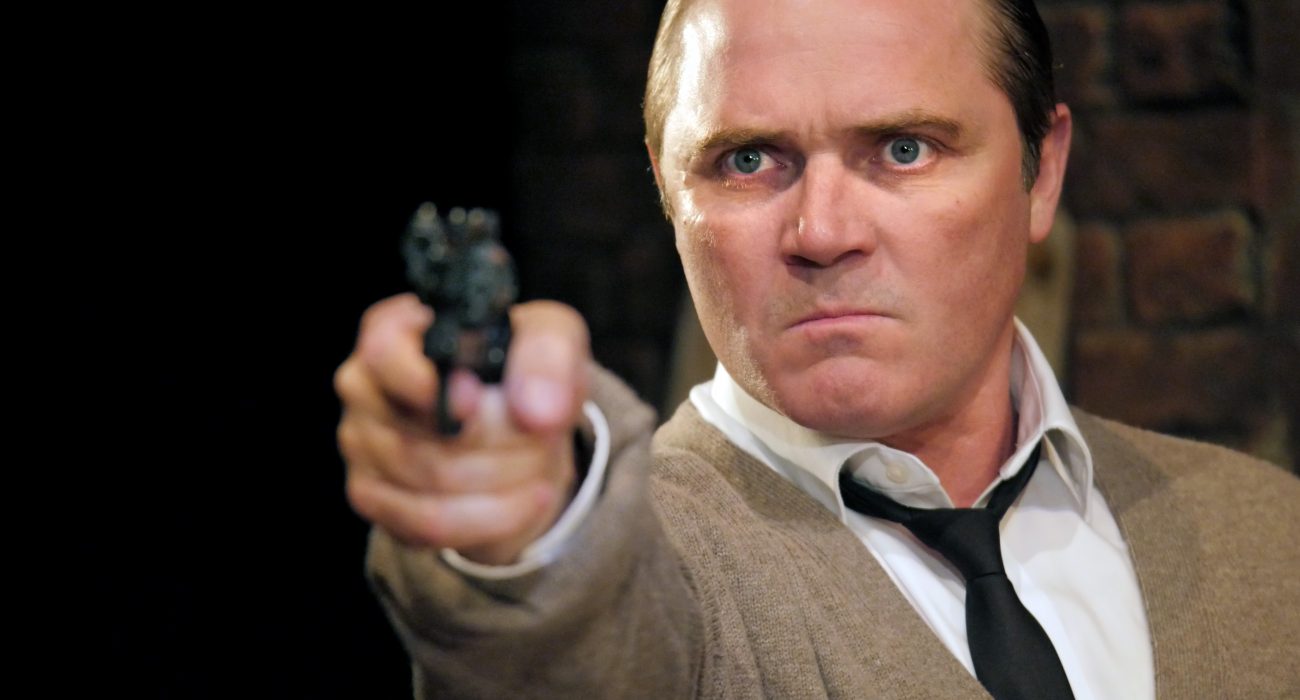 After the success of The Agatha Christie Theatre Company, producer Bill Kenwright starts his next adventures with The Classic Thriller Theatre Company. However, this new venture is off to a shaky start with Rehearsal for Murder.

The revival of the 1982 American made-for-TV movie is an odd choice to lead with, as this certainty isn’t a classic. The overall plot has the potential for tension and mystery, but was let down by the stiff and lacklustre performances of the majority of the cast.  This is despite the effective use of lighting and music to create an eerie atmosphere. These effects did seem a little dated, but are reminiscent of a typical television thriller.

The plot revolves around Alex Dennison (Alex Ferns), a playwright, who is engaged to Monica Welles (Susie Amy) the leading lady of his newest play. After opening night the play receives bad reviews, which causes Monica to commit suicide by jumping off her balcony. A year later Alex calls all the members of the cast back to have a reading of his new play. Alex believes Monica was murdered and attempts to find out who it was through his work.

The first act seems slower than the second. It is partly for practical reasons as it requires setting up of the circumstances of Monica’s death. In contrast, the second act revolves around the interrogation of each character, which allows for heighted dramatics and tension. With any good thriller all is not how it initially seems.

The main failure of the play was the acting. Alex Ferns entered at such an extreme level that there was nowhere for his character to go as the tension builds, making his character seem a one-dimensional mad man. Susie Amy’s performance as Monica left a lot to be desired. Ironically Monica was described as a stiff actor and I would apply the same sentiment to Amy’s performance.  There were no stand-out performances, but Georgia Neville managed to exert the most excitement and energy into her performance, despite her small amount of lines. Her performance rang true that there are no small parts, only small actors.

The set design was simple yet effective, and encapsulated the feel and appearance of a theatre perfectly. The music seamlessly added to the dramatic effect throughout. The lighting effects and changes were excellent aids in crossing between the past and present and also the imaginary rehearsal and the real life.  The overall production effects were one of the redeeming qualities of the entire production. However, these effects were tainted and made to look overly dramatic at times, due to poor acting choices and direction.

Overall, the play has the potential to be excellent but was let down by a number of failures, particularly the actors’ performances, which tended to be either lacklustre or overly exaggerated.

Rehearsal for Murder was at the Opera House Manchester and is currently touring. It can be seen at Connaught Theatre Worthing from the 17 – 22 October 2016.