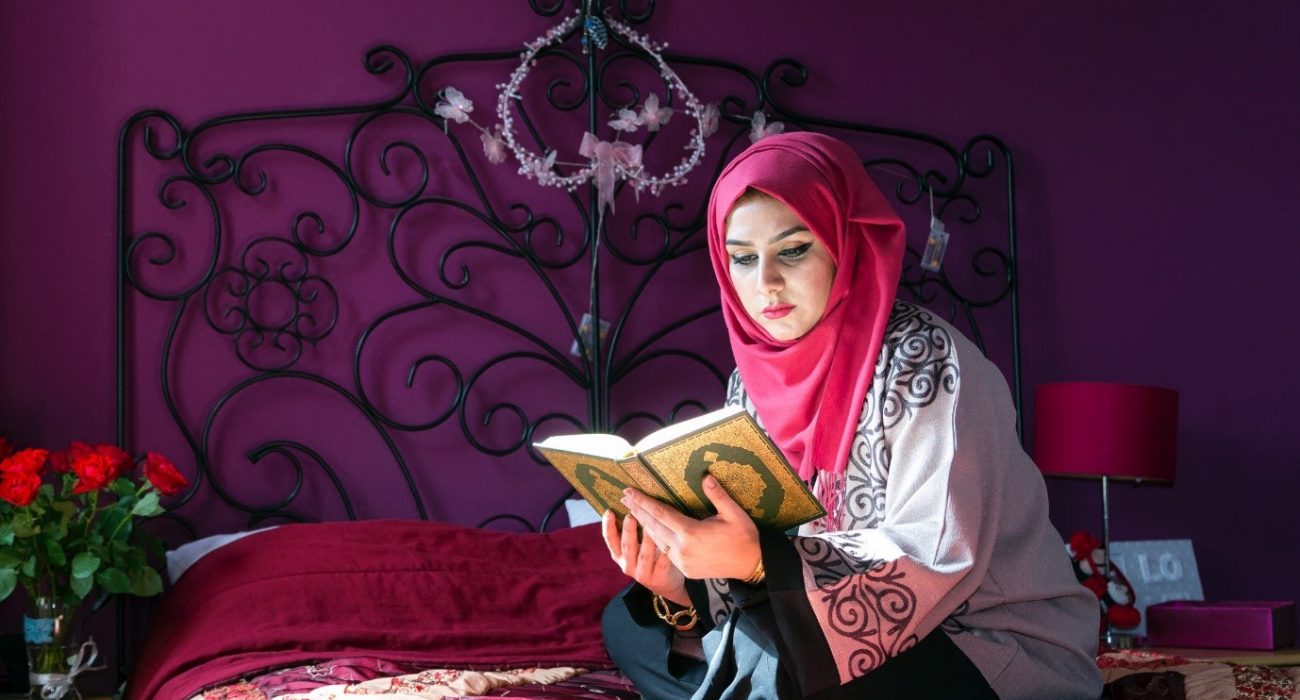 Look Up – there is more to see than you might think…

There are a lot of people with amazing stories in Manchester and thanks to Jamal Jameel, 3rd year Photography student at the University of Salford, and the Journeys Festival, some of those stories have been told in the city centre.

In the Look Up Project, the subjects of the photos are telling their own story — not the photographers. From the setting to the way they portray themselves, each part is organic and represents the refugees and asylum seekers in a real way — resulting in some incredibly powerful images.

The first image is of a normally formal man in a vest in his own bathroom performing an everyday task, shaving, and tells the tale of a man starting afresh in a new country and with a new life. It was beautiful in its simplicity, and that somehow added a depth by being photographed in a very personal way.

This personal touch was the most striking part about the tour, as each photograph was accompanied by the story of the person in it. Whether the story was about the love of reading or of long hair, or the story of the struggles that have had to be overcome—some of which have yet to be overcome; each one took my breath away. Jameel noted that the story behind the photographs are the most important part, it is the key to trying to understand why each person decided to have their portrait taken.

This idea of the story being more important is refreshing. Yes, art is about creating a thing of beauty, but sometimes I feel as though you can spend so much time trying to make something look perfect that you lose the quality that imperfections bring. Each of the photographs in the exhibition were beautiful, but some took only thirty minutes in the home of the refugees. To my untrained eye they looked perfect and planned, but as you listened to Jameel talk about them they are very spontaneous and that is the most inspiring part.

The photographer himself was incredibly passionate about the final pieces though retained an admirable sense of modesty throughout the tour, thankful that he had had the opportunity to be a part of the Journeys Festival. Speaking with him between the pieces, I was incredibly humbled by his sense of gratitude to the people that helped him when he first came to Manchester—hoping that the project would be part of a thank you.

The featured photo shows Awan, a refugee from Basra who wrote these words to go with her self-portrait: “I am Awan. I came to the UK from the Middle East. My journey was safe but other people did not have it so easily. I have completed a community interpreting course so I can help Arabs people who don’t speak English.”

It is these simple pieces that accompany the photographs that bring them to life, give them a back story and give them a spirit that will touch Manchester’s many communities.

Personally, I cannot think of a better exhibition to have in a festival celebrating the rich culture and personality that refugees bring to Manchester. When looking at the photos you are seeing a glimpse into the soul of the subjects, sometimes parts of the soul that the subjects may be hiding not only from others but from themselves.