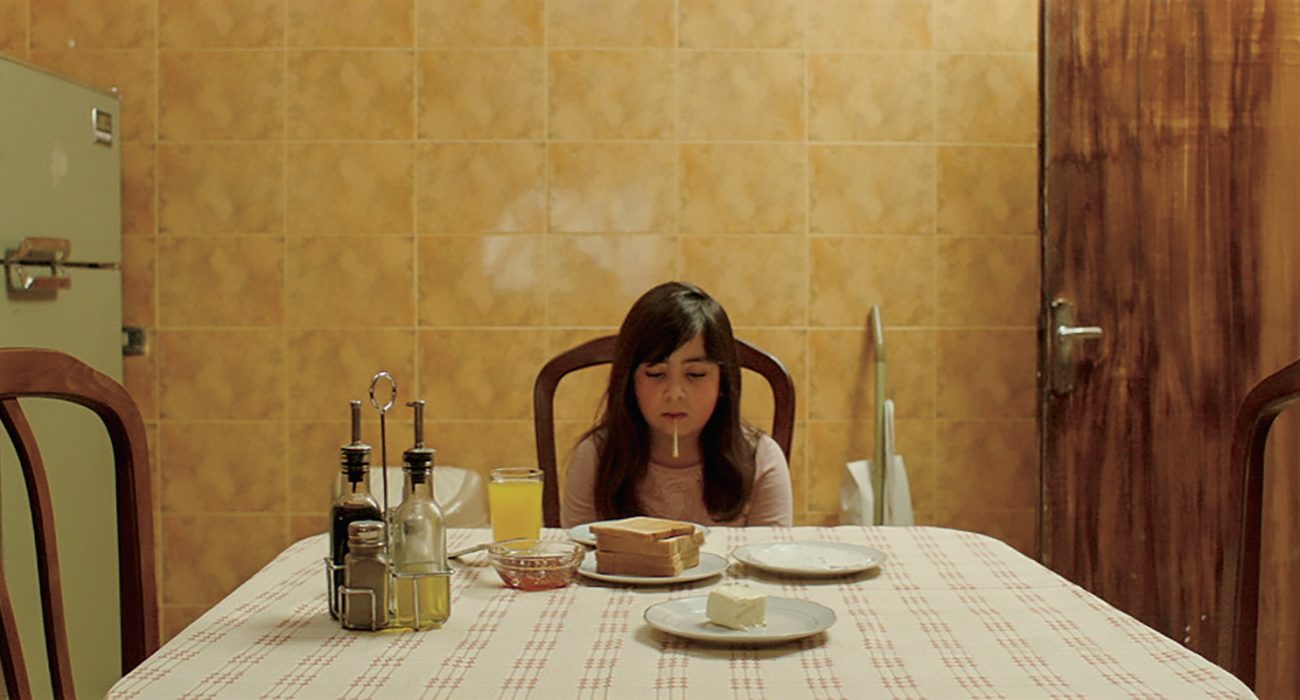 Set in post-revolution Tehran during the War of the Cities, Babak Anvari’s Under The Shadow incorporates the devastating reality of living through a war with the supernatural suggestion of being haunted by creatures hinted at being “djinn”, demons that appear in Islamic mythology. Rather than these monsters being simply there for genre’s sake, they are interwoven more deeply into the other themes explored in the film—religion and politics.

It is made clear from the offset that the protagonist, Shideh—played by Iranian-born Narges Rashid—has little time for the strict Islamic, right-wing Iran in which she is living. At times this comes across as heavy-handed, with the film beginning with Shideh being informed that she is unable to return to her studies due to her involvement with radical groups during the revolution, and ending with her almost being smothered by an invisible figure in a chador, as well as Shideh being scolded for leaving her house without covering her head or body appropriately. Perhaps this can be seen as a manifestation of Shideh’s personal anxieties around religious and political oppression, however it occasionally feel overplayed.

Despite this, the film is not only deeply harrowing, but interesting in its own right. It is certainly a horror, and there are scenes which shock but the ‘jump-scare’ technique is not overused and does exactly as it should without cheapening the film. It produces the feeling of waking up from a nightmare, which is exactly what appears to happen to Shideh in one scene, although it is always unclear what is reality within the film. Under The Shadow is truly chilling because it layers the supernatural threat over the very real threat of war—nothing is quite as forbidding as the sound that the alarm makes every time there is a missile threat.

Death within the film is not bloody and gruesome, but sad and realistic, showing a frantic daughter crying for help as her father has suffered a heart attack. His body is carried out on a stretcher, under a white sheet, which is far more emotionally touching than in many horror films where victims are hacked to death and then forgotten.

The claustrophobic setting of the family home further adds to the overarching feeling during the film of entrapment—although some scenes do show the outside world, there is a sense that the home must be returned to and lived in, no matter how unsafe it is. The home itself appears authentic, and yet the skilled camerawork and cinematography mean that Under The Shadow is visually pleasing throughout. The attention to detail and use of tropes and symbols cannot go unnoted, with masking tape being used to fix anything broken. Whether this is representative of the mother’s futile attempts to keep the family and their home together is uncertain, but it definitely stands out as a memorable piece of imagery.

Under The Shadow has already been acquired by Netflix, and it is not difficult to understand why. It is the perfect balance of tension and pure terror, with excellent acting and direction coming together to portray both the sad truth of civilian life during war and the psychological terror of the supernatural.