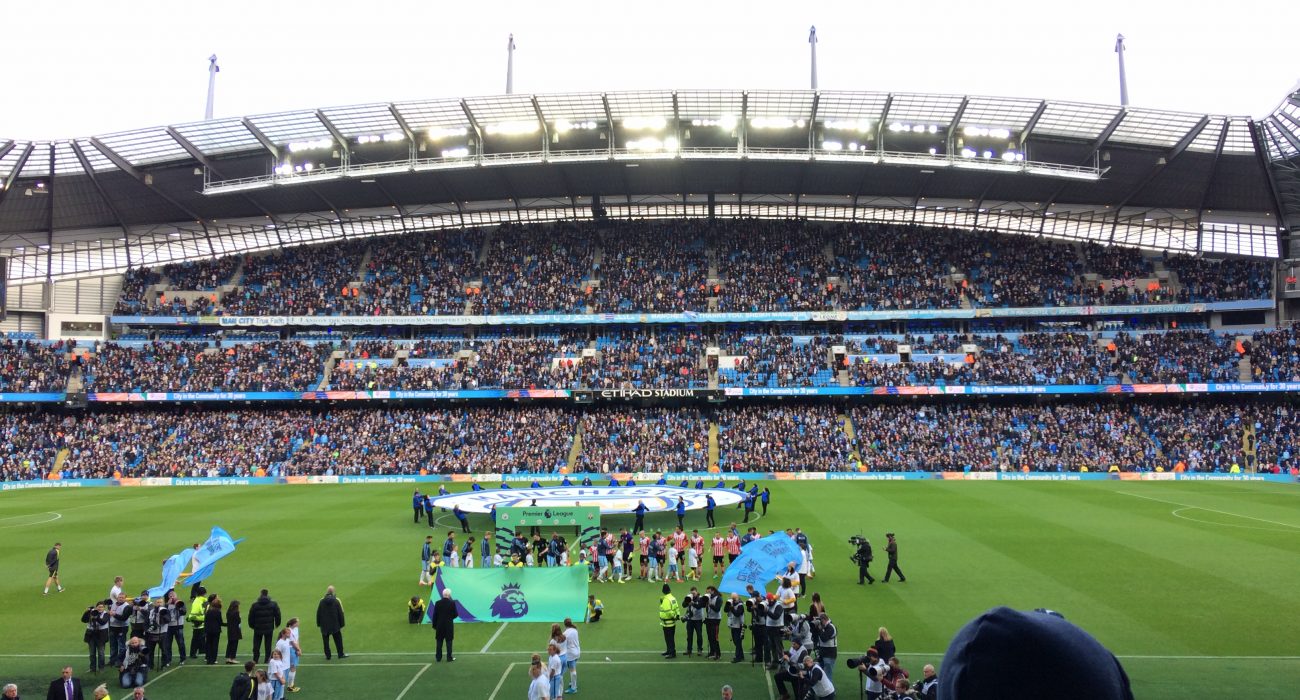 City are now winless in five: a loss to Tottenham, a 3-3 thrilling draw with Celtic in the Champions League, a draw for Pep Guardiola against best bud Ronald Koeman at Everton, a thorough battering at the hands of Barcelona in midweek, and now a 1-1 draw with Southampton. Southampton set themselves up well and were difficult to break down, but City will be hoping to bounce back in the midweek Capital One Cup game against Manchester United at Old Trafford.

Midweek saw City fall at the hands of the mighty Barcelona. Despite being the better side in the first half, with a few great chances and to only fall behind after Fernandinho slipped in his banana boots, it was all looking rosy. Jordi Alba had picked up an injury, and Barcelona found themselves replacing Pique before the end of the match too. But the second half did not quite go to plan. Claudio Bravo got sent off for a handball outside his area, Messi bagged a hat-trick, and Neymar followed up with one of his own. A Wily Caballero penalty save was the highlight in a pretty disappointing night for the Blues. Just shows that in the Champions League you cannot switch off for one minute.

After another disappointing result, Pep Guardiola spent forty minutes in the changing rooms with his players after the game before talking to the press. When asked what he was doing in there, he replied that he was drinking some red wine.

I am yet to decide if this is a positive or not yet, but most of City’s goals that they have conceded so far this season have simply been down to individual errors: all the goals against Barcelona were in midweek, and this weekend it was a John Stones error that allowed Nathan Redmond to around Claudio Bravo and score in the open net. Stones had played the ball back to the returning Vincent Kompany, but Kompany was further up the field, so Redmond collected and delivered.

This of course is not good for City, but Guardiola may find some positive in the fact that his tactics and the way the team are set up is not miles away from what City need—as it is just individual errors that are causing the problems. But it will be very difficult for Guardiola to find a way to stop this amount of individual errors; he’ll be tearing his hair out at the thought…

Kelechi Iheanacho only played half the game, after coming on at half time, but he gave City hope. The first half City were far away from their best with sloppy passing and not a single shot on target registered. In the second half however it only took him ten minutes to score the equaliser, and they looked stronger. Kelechi’s goal came after Fernandinho played a nice long ball up to Leroy Sane on the left wing. Here Sane showed excellent skill, (Sane had a pretty good game, showboating down the left wing) brought the ball down and drove the ball in for Iheanacho to tap in from six yards.

City recently ran out 2-1 winners in the Manchester derby at Old Trafford, in early September, but are returning again this Wednesday for a Capital One Cup tie. City are struggling for form at the moment, but so are United. United fell at the hands of Chelsea this weekend 4-0, as Mourinho struggled to get his team to perform at his old stomping ground. This is a game that neither will want to lose.

How the table looks…

There are whispers that this could be seen as a crisis at Manchester City – no win in five, disappointing performances, Aguero not in his usual form – but it must be remembered that City are still sitting pretty at the top of the Premier League. You know you’re pretty good when you’re still top of the league during a crisis.

·         Jesus Navas was substituted on late in the second half in order to play right-back.

·         John Stones had the ball in the net with a beautiful finish on the 32nd minute, however the goal was deemed offside, as Sergio Aguero was interfering with play.

·         With Iheanacho in better scoring form, is it possible that Aguero could be dropped for the youngster?

·         Guardiola has hinted that there will be lots of changes for the game against United and we could see some youngsters – with Zabaleta and Sagna out, this would be a great opportunity to see what young Pablo Maffeo is made of.

·         Two weeks in a row players have been booked for time-wasting at The Etihad. It seems that this is something that City are going to have to deal with. One week I’ll take my stopwatch and time how long the game is actually played for (I probably won’t).