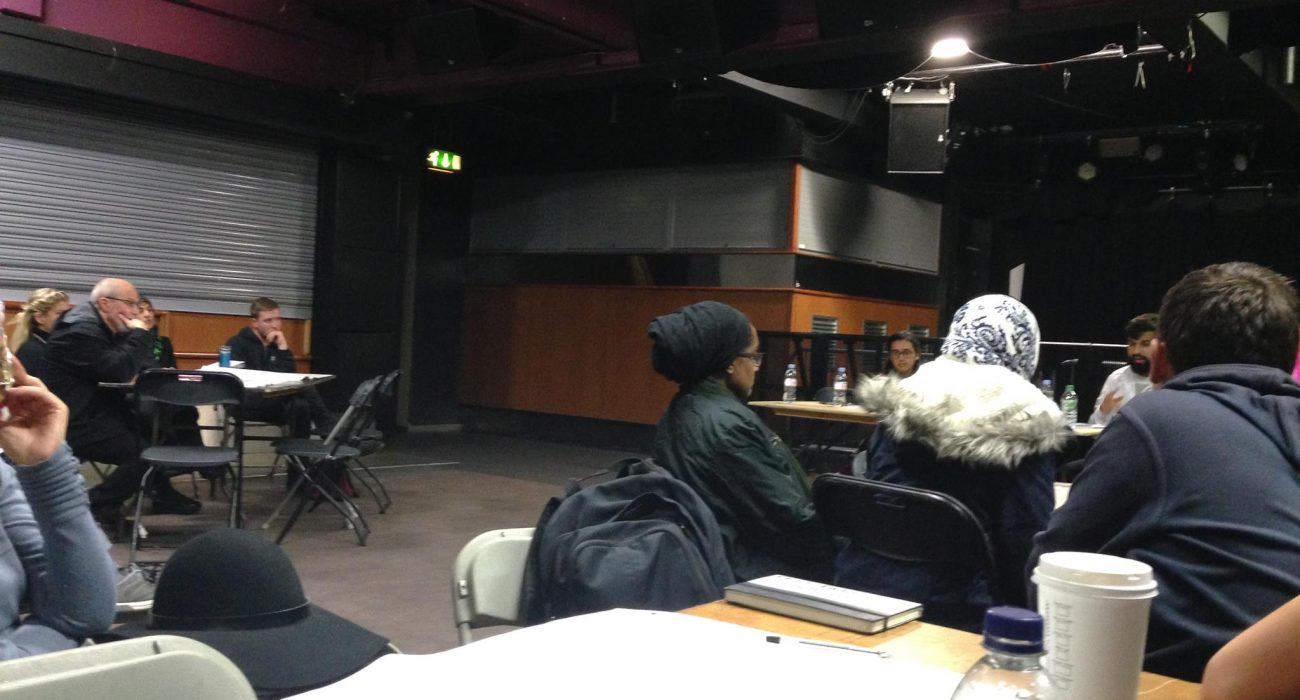 Last year, a Muslim student at Staffordshire University was falsely accused of being a potential terrorist when found reading a book called ‘Terrorism Studies’ in the university library.  Criticism of this event has focused on Prevent, the government’s counter-terrorism strategy, which as a legislation has become much more well-known and widespread both within Parliament and amongst members the of public.

Kate Green, Labour MP for Stretford and Urmston in Greater Manchester, came to the university to discuss how the implementation of Prevent has affected local families and the educational system. The discussion was first introduced by Ilyas Nagdee, the Diversity Officer at the Students’ Union, who stated that Prevent is a bad idea as it is an “infringement of civil liberties”—Nagdee also made clear that our Students’ Union is an independent charitable organisation that doesn’t have to comply with the legislation.

Green continued by saying that Prevent has become a national political controversy, which on Wednesday was debated in parliament. Many argue the policy is irrational, and as it is surveillance of the public sector, is a violation of free speech.

The worry students have is that even though no criminal record is issued, the police are still involved, making them feel unsettled and interrogated. Green went on to speak about Andy Burnham (currently running for Mayor for Greater Manchester) and his past role as Shadow Secretary of State for Education, and how he raised concerns in parliament creating debates about the subject when the rest of the Labour Party didn’t challenge the coalition government on the stricter policies. Recently, Burnham spoke to the Chamber of Commerce as part of his campaign in Manchester proposing that the Prevent strategy should be scrapped.

Manchester’s population accommodates for around 300,000 pupils who have all come from different educational systems, not just those in the UK, therefore with the government trying to impose ‘British values’ in lower schools the impact this has in higher educational and adult life is almost minimal and unnecessary. Even though the Labour Party did introduce the original model of the Prevent strategy, Green believes that the concept has become skewed and people have taken it far more seriously, and to the point within the public sector at which it is non-essential in the educational system.

The discussion came to a close with Green being questioned about the future of the Labour Party. Green, having chaired Owen Smith’s leadership campaign was obviously disappointed by the outcome of the results this summer, when Jeremy Corbyn was voted in for a second time as Labour Party Leader. Green does think that Corbyn has “energised those that aren’t into politics to become more socially aware”, but also that this has “caused a huge divide between the new and old members of parliament”.

Having chaired the campaign for the opposing competition, it has now become very unlikely that Green will return to the front bench, but has faith that if Corbyn is more responsive and receptive to the opinions of the public, he will be very successful. Green is confident that the Labour Party can captivate voters in future elections as long as MPs think more about their constituencies than their party.