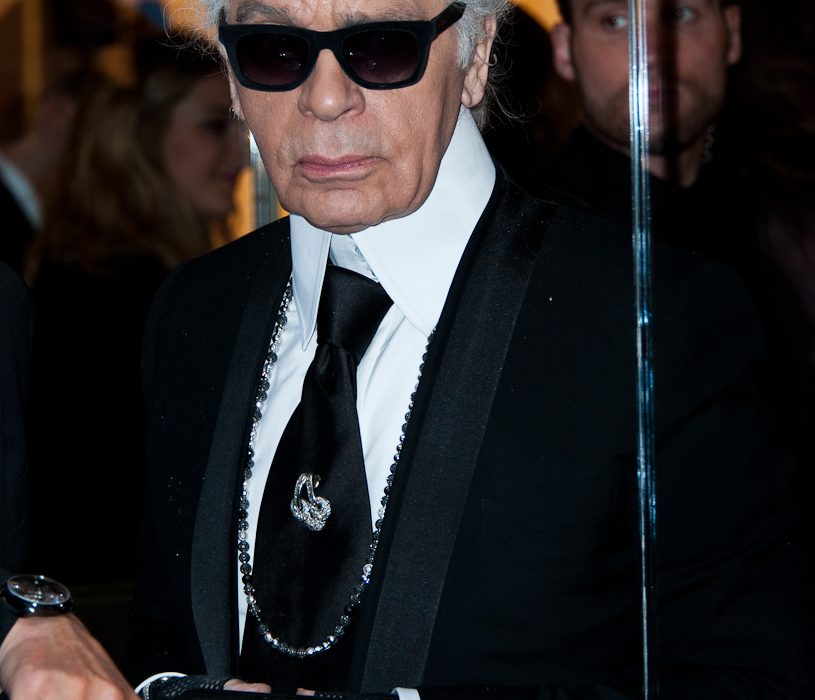 Few people in the fashion industry are as recognisable as Karl Lagerfeld—the eponymous creative director of Chanel, Fendi and his own line Karl Lagerfeld. His white hair, black glasses, leather fingerless gloves and 17th century inspired suits are both stylish and self-mocking.

Lagerfeld seemingly plays up to his persona as a character of the fashion industry—Choupette may be a beautiful cat but she does make Lagerfeld reminiscent of a Bond villain.

When researching this article I came across numerous online interviews, from a host of celebrated publications, that did little more than list where Lagerfeld’s clothes came from.

It is the impact of the entire costume that merits more attention. His black tail jacket is by Dior but he has the same jacket in multiple fabrics, so he is not actually wearing the same clothes everyday. However, this is part of the glory of his costume, it is the silhouettes and shapes that create the image of the same outfit.

From the far off photographs that are taken of Lagerfeld, he is violently against the selfie, onlookers are not able to decipher the finer details of his ensemble—he has undoubtedly though.

There are always whisperings in the fashion atmosphere as to where his style developed from, he has claimed in interviews that comments made by his mother about his hands are what led to permanently gloved hands. Other accessories, like the glasses, seem to be more playful, an admission that he is ‘fashion’; he is the villain enforcing the tyranny fashion lays on mere mortals.

Lagerfeld, along with Anna Wintour, gives the outside world a vision of fashion. His image can both inspire and deter people—it is shocking in its grandeur and minimal in its palette—but for me it will always remain iconic.