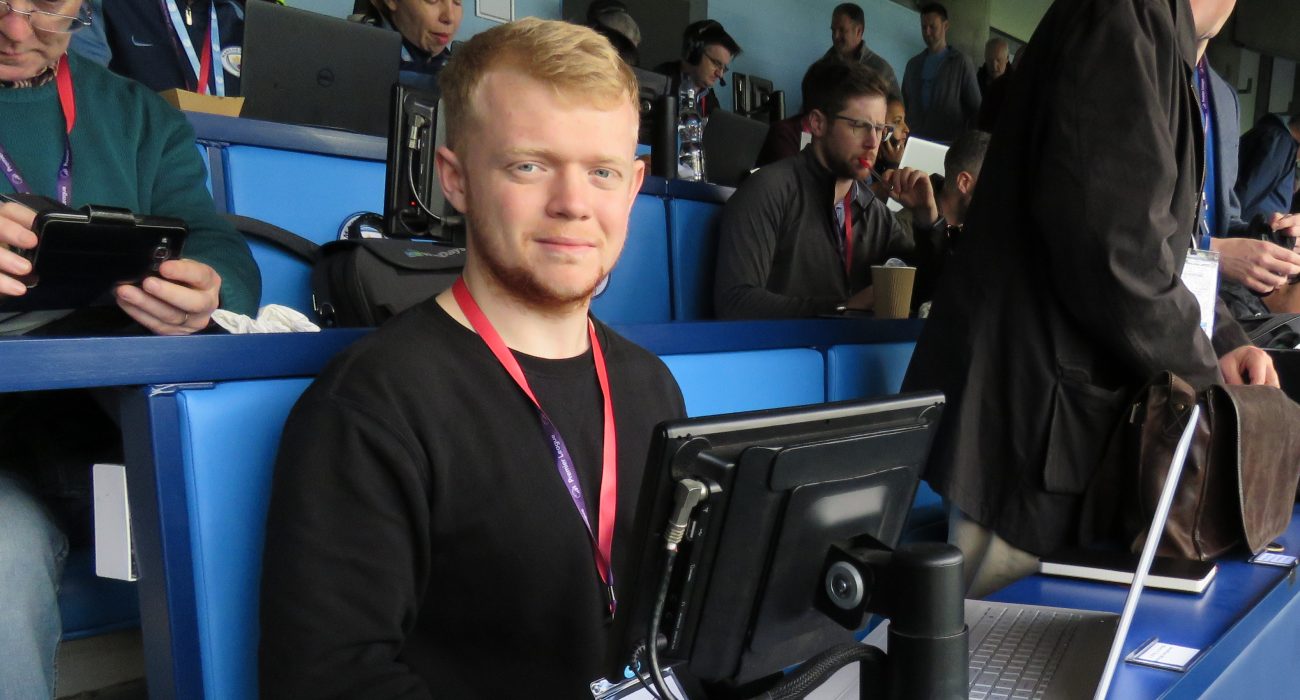 The Mancunion’s very own Head Sports Editor, Harry Newton has been given exclusive access to report on Manchester City’s home matches.

The opportunity was open to students from the University of Manchester, Manchester Metropolitan University and Salford University. The applicants had to write a report of their favourite football match of all time, followed by an interview at the City Football Academy.

Harry, a third-year student, is able to work alongside many respected sports journalists from around the world in his role, with full access to the press box at the Ethiad Stadium.

Speaking of this experiences, Harry said: “It’s a really exciting time to be involved with the Club as they strive to be one of the very best in the world. My aim is to become a professional sports journalist, so the chance to work alongside high profile sports reporters from around the world makes my dream feel that little bit closer. It’s also great to know that I can turn to the media and content teams at Manchester City for advice on working in the world of sports media.”

Chris Bailey, Editor in Chief of the Content team at Manchester City, said: “We’re delighted to be able to offer this experience to Harry. As a Club we’re committed to inspiring and supporting youngsters both on and off the pitch. We hope that Harry continues to develop the skills he needs to have a successful career in sports journalism.”

Harry also acknowledged the help that working for The Mancunion had in helping him secure the position: “I only gained this opportunity through volunteering for The Mancunion, so I encourage anyone considering a career in journalism to join up! I’ve met some great friends, learnt the trade along others at the same level, and enjoyed many a pub quiz!”