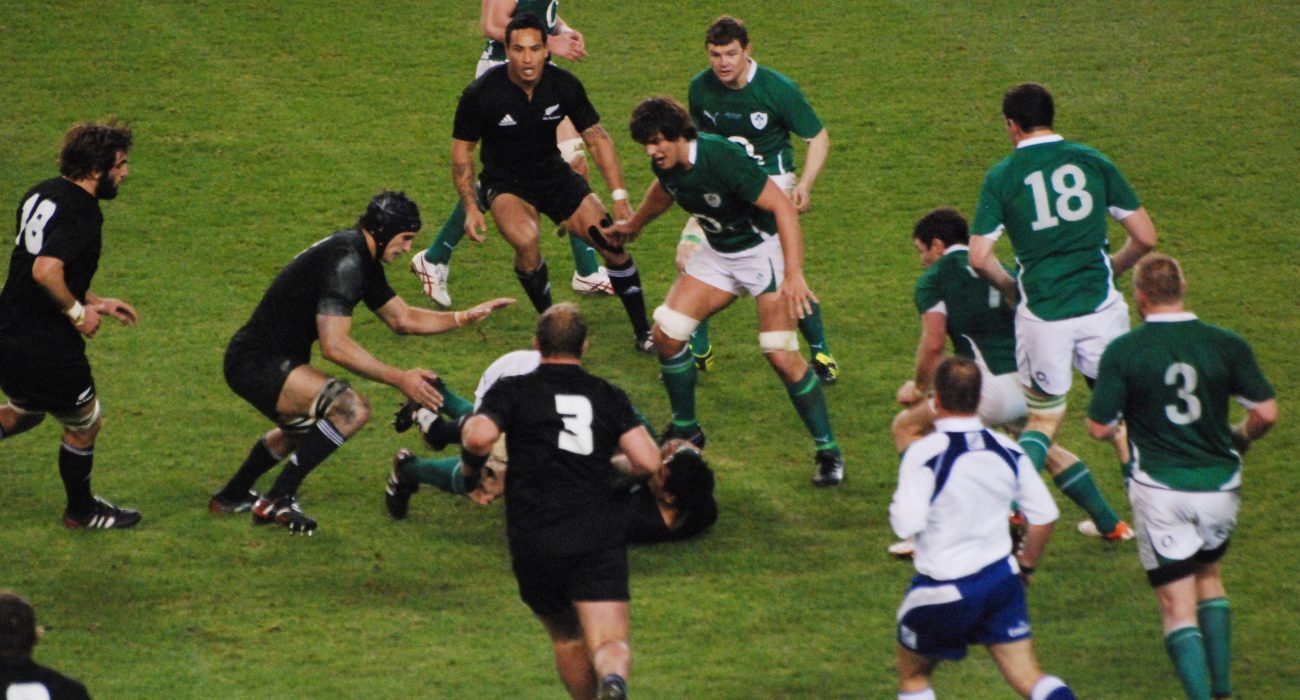 The Resurgence of the Northern Hemisphere?

The 5th of November 2016 will be a special day forever in the history of Irish rugby, the day they broke a curse stretching back to 1905, the day they finally secured victory over New Zealand, 40-29.

No one who watched the game would say Ireland’s victory was undeserved. They matched New Zealand in sophistication and power, taking advantage of several lapses in concentration. Most impressive was the Irish resistance when New Zealand mounted the counter-attack; with a slender 33-29 lead, in the dying embers of the game, Ireland maintained their attacking instinct, scoring the decisive try. In doing so, they banished the painful memories of November 2013, when New Zealand scored a winning try in the last play of the game.

While it was a hard-earned, deserved victory, big questions remain as to whether the performance level exhibited on that day can be replicated regularly. More ominously, a backlash is expected from New Zealand.

Ireland head coach Joe Schmidt remarked after there is ‘no chasm’ between northern and southern hemisphere teams — an easy remark to make off the back of a victory over the All Blacks. The hype that has followed the Irish victory is similar to that which followed England’s victory over New Zealand in 2012. It was, undoubtedly, a momentous day, a day when Stuart Lancaster’s regime appeared to be taking England to new echelons. Hindsight has shown how futile that thought was, Lancaster’s regime capitulating to the embarrassing exit from the 2015 World Cup. Ireland’s win deserves to be celebrated, it was historic after all. However, if the team has true ambition, they will see it as the first stepping stone on a journey. I expect them to be royally hammered by New Zealand in the return fixture, however, victory against Australia in their final game and they will view the autumn as a success.

On their opening game of the autumn series, Wales endured starkly different fortunes to Ireland, losing 32-8 to Australia — subsequently, they extended their losing streak to the Wallabies to 12 games. The consensus is that Wales’ approach to the game was completely wrong, choosing power over finesse. Australia adopted an expansive style, Bernard Foley tearing the opposition apart like he so often does; they secured victory without reaching top gear. Wales must draw inspiration from their terrific campaign at the 2015 World Cup. I foresee them having a variable autumn. Victories against Argentina, and particularly Japan, are achievable, but they will not be achieved with performances like the Australia match. Their final game, South Africa, will be a fascinating encounter, particularly as South Africa are perceived to be on the decline. It will be decisive to the overall assessment of their autumn series.

This brings me on to England. Off the back of the landmark 3-0 series win in Australia, the autumn internationals will be pivotal to the Eddie Jones revolution. Many commentators are suggesting that Jones will finish the autumn with his 100 per cent win record intact. Perhaps these are naïve predictions. If England have secured victory against South Africa, it will have been extremely hard-fought, especially with the current injury crisis: Maro Itoje, George Kruis and James Haskell, currently absent, were instrumental in the summer.

What Jones has done with England since taking over is staggering, not only winning 9 out 9 games, but altering the style of play and team mentality in a hugely effective manner. He has got Owen Farrell and George Ford working symbiotically, something Lancaster, despite trying, never managed. Moreover, he has the forwards dominating the set-piece, while maintaining that dynamism so crucial to modern rugby. Having several key forwards all playing for Saracens, the best English club and current European champions, has helped massively. Despite this, it feels like only the start for Jones.

The improvements made by Jones lead back to the opening question. The situation looked very bleak following the 2015 World Cup: there were no Northern Hemisphere representatives in the semi-finals. However, to me, England have the potential and resources to solidify their current position of 2nd in the world. Jones has young players as the basis of the team — they will form the foundation for years to come. Yet, while there are reasons to be optimistic, there are question marks as to whether England could reach the level of execution that New Zealand operate with. We shall wait and see.

Ireland and Wales have several world-class players in their ranks, Jonny Sexton and Leigh Halfpenny for example. The difference between these two and England is mentality. Despite the success achieved so far, Jones and England have remained moderate in their celebrations, in stark contrast to the wild Irish celebration the other week. Despite bridges in class, Northern Hemisphere teams must not put their Southern Hemisphere opposition on a pedestal, they must show respect, but not too much.

England, as well as Ireland and Wales, have the potential to beat Southern Hemisphere teams regularly, in doing so reverse the hammering they took in the 2015 World Cup and alter the balance of power in international rugby. A change in mentality, the removal of the inferiority complex, will go a long way to achieving this goal.