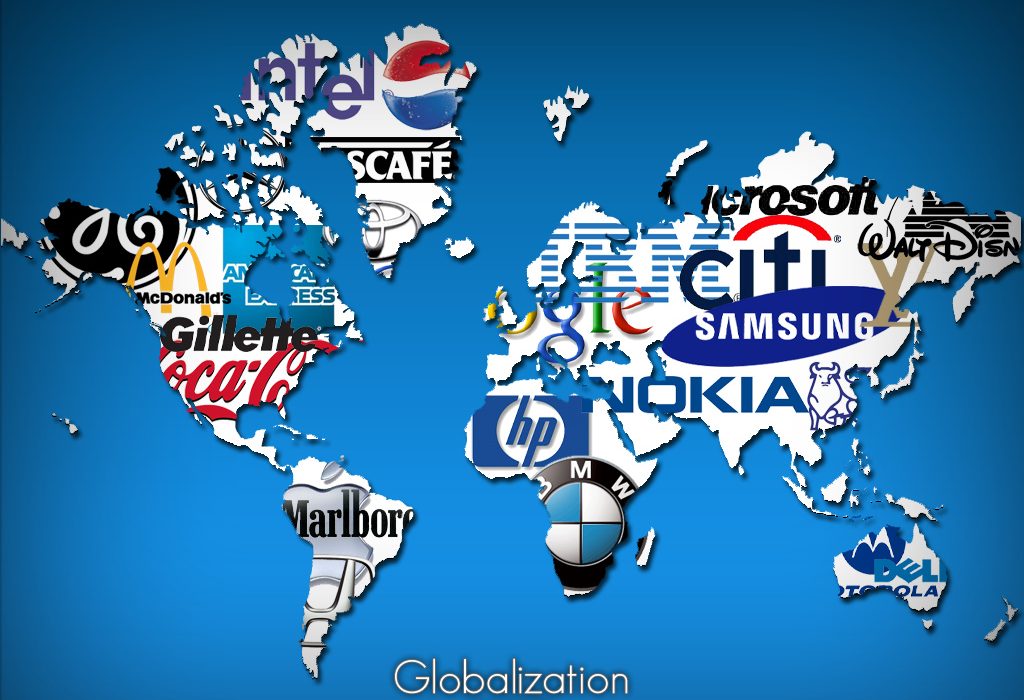 A tale of two globalisations

Historians have often resented the tendency of some to make shallow historical analogies in analysis. The most painful example has to be the unfortunately common compassion between whatever one dislikes and Hitler: Hitler was bad, A is bad, therefore, A is Hitler.

Niall Ferguson proposed that if one fails to think of three similarities and three differences between an event and its historical “counterpart” they should differ their analysis to a historian. The failure of effective comparison is likely the result of a deficit in language, for we lack the subtly of terms to communicate the modern rebellion across the western world against a liberal metropolitan elite. To help clear up some of the problems that arise, I will make the case that the term “Globalisation” has not one, but two meanings, and very different rebellions have taken place on either side of the Atlantic.

The votes for Donald Trump and Brexit can be described as protests against systems that the majority regarded as flawed. However, to simply call them protests against “Globalisation” removes key differentiations. There are two forms of globalisation. The classical and more accurately-named form is economic liberalism; global free trade and the free movement of goods and services across boundaries.

The second form of Globalisation — which I will term Globalism — is embodied in the term “end of history”: the belief in a unifying global culture, devoid of concern for economics. A rebellion against one does not necessarily entail a rebellion against the other.

Globalisation-proper has a long history and is the direction of most states in the post-war era. It is the set of values upon which the EEC (European Economic Community) was originally founded, why Nixon went to China, and what Eastern Europeans celebrated upon the fall of the Iron Curtain. It has been advocated since at least the time of Adam Smith, and has been rapidly advanced by technologies that have improved communication and travel.

Economic globalisation has been empirically shown to be the greatest force against extreme poverty in human history and a major force for technological development. It has, however, left some people feeling left behind. Their concerns ought not to be ignored. The traditional working class in developed countries has had a difficult time adapting to the technological progress. The work that was valued in a pre-internet age is no longer valued in the same way, and the post-war infrastructure in developed countries has not progressed as fast as those in those that are newly industrialising.

For example, Romania has vastly superior broadband to the UK. This owes to the combination of a completely deregulated telecoms industry and the ability to build broadband infrastructure to its most modern form following the fall of Communism. The rapid growth benefited low-skilled labourers of such countries, whilst their counterparts in the developed countries were left behind.

Some institutions of globalisation also deserve their fair share of criticism. The IMF and the World Bank have promoted a distinctly western form of economic development and dollar denominated debt upon nations that may not be prepared for it. While, as a whole, globalisation of this form is seen as a force for good, criticisms have come from both left and right: for example, Varoufakis’ Global Minotaur or Peter Thiel and Gary Kasporov’s arguments about secular stagnation.

Conversely, the rhetoric from President-elect Trump, and far-right populist forces on the continent are not analytically critiquing. It is not that they believe that developed countries are lagging in productivity and competitiveness (which they are), but that the push to industrialising nations is an act of “stealing our jobs” and “unfair trade deals”. This is a highly nationalistic version of anti-globalisation and ought to be discussed. While I am very pro-globalisation, I will readily admit there are problems with the current system that need to be addressed, having an overly simplistic conversation does not serve to accomplish this.

Globalism, on the other hand, is not economic, it is cultural and value-based. It is the belief in global political and cultural hegemony. Globalism has been embraced by institutions through a belief in western supremacy and a unity of liberal democracies. It is the force behind the Iraq War. Globalism has led to a greater prominence of identity politics, whereby individuals identify with larger and more abstract communities rather than with their neighbours.

Localism, the rebellion against globalism, should not be seen as nationalism. Localism, in the tradition of Chesterton and Belloc, is the preservation of diverse local cultures; it is value-pluralist (everyone should be allowed to pursue what they feel is right) and it is multi-polar (there should be no director of world affairs). It reasserts every nations right to sovereignty and is opposed to large international institutions that deprive local decision making. Brexit, at least how envisioned by many of its Tory and Labour supporters, was of this form.

Whilst UKIP here may be seen to represent a force against globalisation, conservatives see free trade as wholly compatible with the preservation of local cultures. When it comes to the topic of globalism, it is easy to reduce the nuances of the debate in equating it with nationalistic sentiment. The twin goals of global connectivity and local diversity are entirely opposed to the goals of national isolation and cultural hegemony. Preserving diversity requires a form of sovereignty as everyone ought to be able to pursue what they feel is in their best interests.