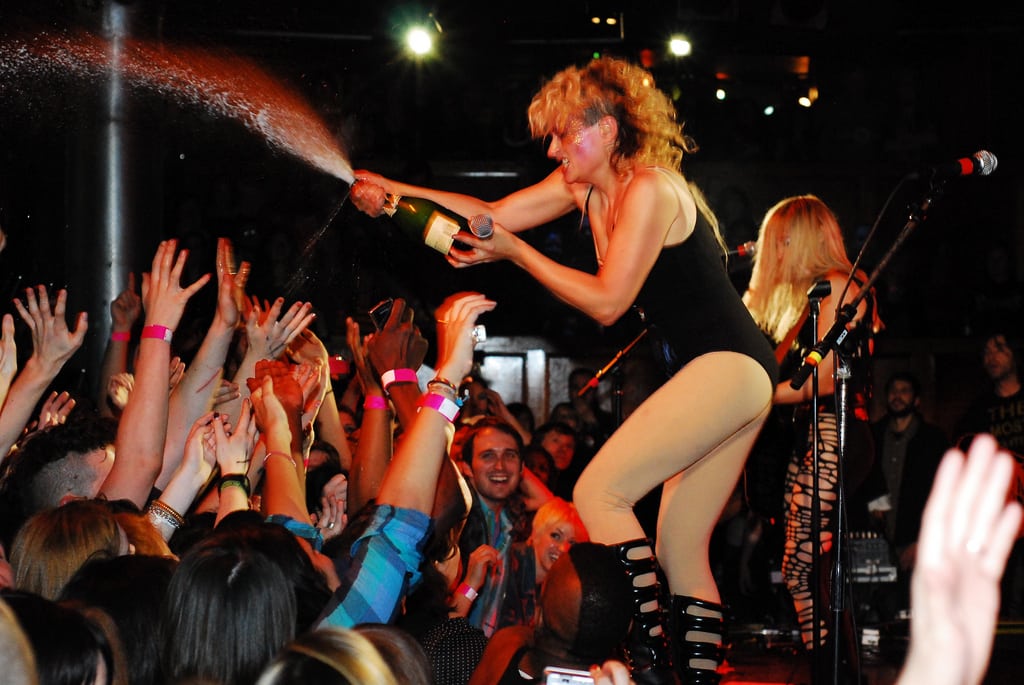 Peaches, art-pop’s greatest provocateur, brought her latest tour to Academy 2 last Thursday night, and her mesmerising performance left jubilant audiences staggered in what was surely one of the most energetic, bombastic and deliciously subversive productions to grace the venue this year.

Infamous for her androgynous, sexually-charged, gender-bending persona, Peaches (real name Merrill Nisker) has spent the last twenty years carefully crafting herself into one of electronic music’s primary innovators – pushing the boundaries of sexual and moral propriety. Sixteen years since the release of breakout album Teaches Of Peaches, the Canadian songstress has deftly endeavoured to traverse gender boundaries and deliver a body of work that is as joyous in its transgression as it is revolutionary.

With the help of her tireless backing dancers, posing as two giant vulvas, Peaches’ tightly choreographed dance moves and effortless vocals carried her through a relentlessly high energy set – and the effect on the audience was tantamount to riot. Belting out classics such as ‘Dick In The Air’, ‘Fuck The Pain Away’ and material from 2015’s Rub, the audience screamed with elation as the ‘Boys Wanna Be Her’ singer – dressed in an outfit composed of six fake breasts – writhed across the stage.

In a time of great social and political uncertainty, Peaches’ patriarchy-smashing and gender-traversing tour-de-force is a refreshing ray of light in what has been an all-round shit year. At one point climbing inside a giant, inflatable dick, Peaches whipped her crowd into a frenzy, with a barrage of high drama, lo-fi and trap-heavy anthems, offering an escape from the doldrums of modern living, whilst simultaneously acting as a ‘call to arms’ to challenge the socially ingrained gender boundaries that oppress us.

A masterclass in colour and splendour, Peaches’ performance was both joyous and radical. Entering into her 50th birthday, the tireless pop queen shows no signs of slowing down, and continues to construct herself as a ‘fuck you’ to societal structures that try and restrain her.  As fellow provocateur Madonna stated in an interview in 2015: “Because women, generally, when they reach a certain age, have accepted that they’re not allowed to behave a certain way. But I don’t follow the rules. I never did, and I’m not going to start”, and like Madonna, Peaches certainly shows no signs of conforming to any ‘rules’ other than her own.