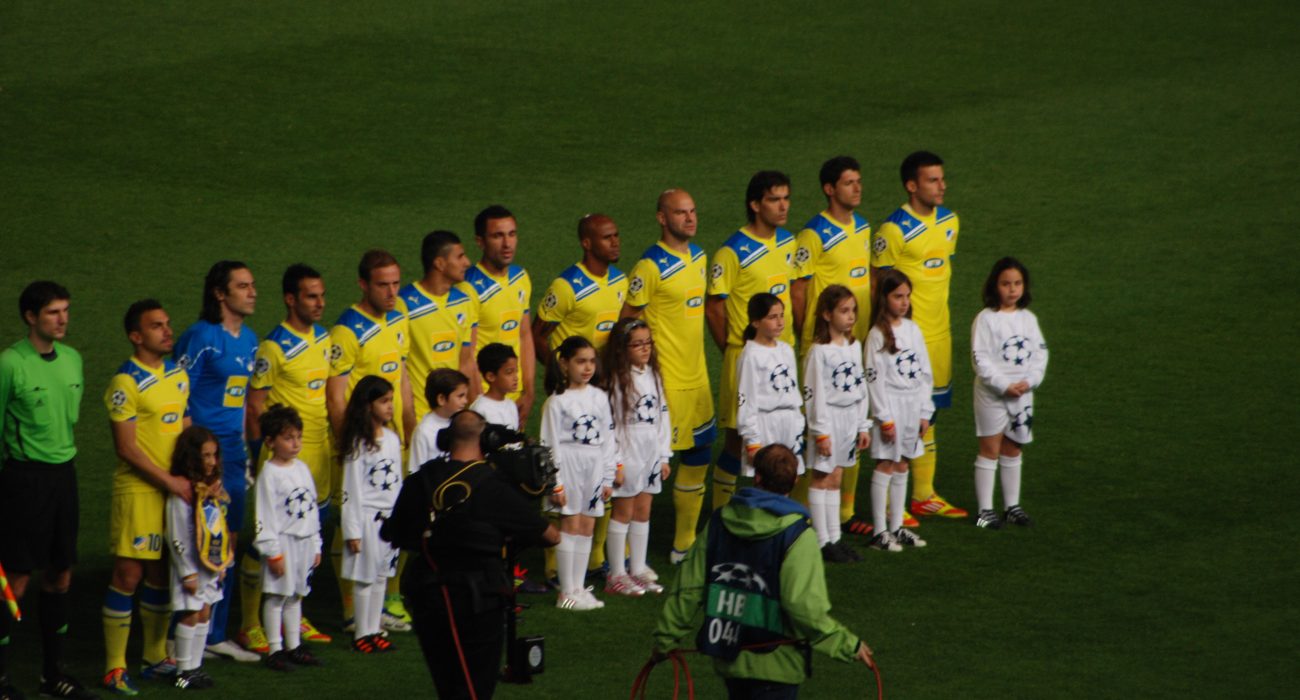 In the football calendar, the year 2016 has been a year of the underdog.

Leicester City against all the odds won the Premier League title, the clubs first ever top division triumph.

The Portuguese national team also touched upon unprecedented ground as they won Euro 2016, toppling hosts France in the final — beating them 1-0. This was Portugal’s ever international trophy.

Football throws up some truly great stories, but one from four years ago, is one some will never forget.

The 2012 UEFA Champions League final in Munich had parallels to the Euro 2016 final in Paris. The underdogs Chelsea won the final at the expense of Bayern Munich, beating the German side on penalties. This was despite the fact Bayern played the match at their home ground — the Allianz Arena.

The 2011/12 season may be remembered for Chelsea’s heroics in Germany, but many football fans forget the even bigger fairy tale of that season — APOEL Nicosia’s run to the UEFA Champions League quarter-finals.

Yes, believe it or not, they are a real team…

They may only earn £8.5 million a year, and their squad in 2011/12 was only worth £1.3 million, but the Cypriot minnows advanced all the way to the last eight, where Real Madrid finally stopped them in their tracks.

On a hot, humid night in the Cypriot capital, Jose Mourinho’s Real Madrid won 3-0 thanks to a brace from Karim Benzema along with a goal from Kaka.

It was not all plain sailing for Mourinho’s Galactico’s though, they were held to ransom for 75 minutes by APOEL’s stubborn back line and rigid team set-up.

APOEL then went on to lose the second leg 5-2, but they displayed yet another resilient performance against Real Madrid’s £500 million squad of players. An 8-2 aggregate win perhaps flattered Los Blancos a little.

A run to the UEFA Champions League quarter-final certainly didn’t flatter APOEL though. They showed everybody what can be achieved in football, even with limited resources.

Playing Real Madrid was far from the minds of the APOEL players, especially after a 0-0 draw in a UEFA Champions League qualifier against Slovan Bratislava in Slovakia in July 2011. APOEL would advance though, following a 2-0 win in Cyprus a week later.

The next round would be the play-off. APOEL went down 1-0 to Wisla Krakow in Poland, before beating the same opponents 3-1 in the return leg to book their place in the UEFA Champions League group stage. This alone was an incredible achievement for APOEL, but what followed was truly extraordinary.

In a group containing themselves, Zenit St. Petersburg, FC Porto and Shakhtar Donetsk, APOEL finished top to progress to the round of 16. They became the first Cypriot team ever to compete in the knock-out stages of the UEFA Champions League.

Before their glamour tie with Real Madrid, APOEL were drawn against Lyon. The minnows unexpectedly toppled the French semi-finalists of two years previously, beating them on penalties after a 1-1 aggregate score line over two legs.

APOEL coach Ivan Jovanović stuck to his principles throughout the tournament, using a compact 4-4-2 formation. This counter-attack based formation is deployed regularly in the modern game.

The way the game is played today is at times negative. Time and time again last season and during Euro 2016, we have seen teams win games with less possession and sitting men behind the ball. This is no criticism, it is a style of football which has proved to be effective in achieving success on a large scale.

Portugal won the Euro 2016 final against France with only 43 percent of possession.

Portugal along with Leicester and Atletico virtually mirrored APOEL’s team structure. The Cypriot side might have set in stone the principles of how underdogs go about achieving success today. Possession is now clearly less influential. How times have changed.

The old football cliché was that ‘possession is nine tenths of the law’. This no longer stands as teams are winning by sitting back and playing on the counter-attack, just as Leicester and Portugal have demonstrated this year how effective it can be.

This was also a tactic used by APOEL in their successful 2011/12 campaign in the UEFA Champions League. While it is an astonishing story, if we were to link APOEL’s incredible achievement with the way football is played today, it should come as little surprise to football fans that the Cypriots advanced so far.

If you’re not in it, you can’t win it. This was the approach of APOEL’s heroes in 2012. It was an approach that helped them go far beyond what they thought they would ever achieve in their wildest dreams.

Currently, Cyprus are 44th out of 54 teams in the UEFA Coefficient seeding list. They are below the likes of Belarus, Georgia, Azerbaijan and Latvia.

England meanwhile, are currently situated third in this list behind Spain and Germany. In 2011/12 they were second only behind Spain.

Remarkably though, Manchester City and Manchester United (England’s top two teams of 2011/12) both managed group stage exits in the same year that APOEL historically went on to reach the quarter-finals of the UEFA Champions League.

Manchester United’s leading goal scorer in 2011/12 was Wayne Rooney, who managed 35 goals in all competitions, while Sergio Aguero was Manchester City’s leading marksman with 30 goals.

By contrast, APOEL’s top scorer with 13 goals that season was Argentine striker Esteban Solari, who has played for 15 clubs over the course of his career. Their second top scorer and record signing Ailton Almeida, cost only £600,000.

They may have had the lowest budget in the competition in 2011/12, but it did not stop APOEL competing with Europe’s finest.

As we see still today, money is not everything in football. If there is one team to look to for inspiration it is APOEL Nicosia, who in 2012 put Cyprus on the football map by reaching the last eight of Europe’s premier club competition.