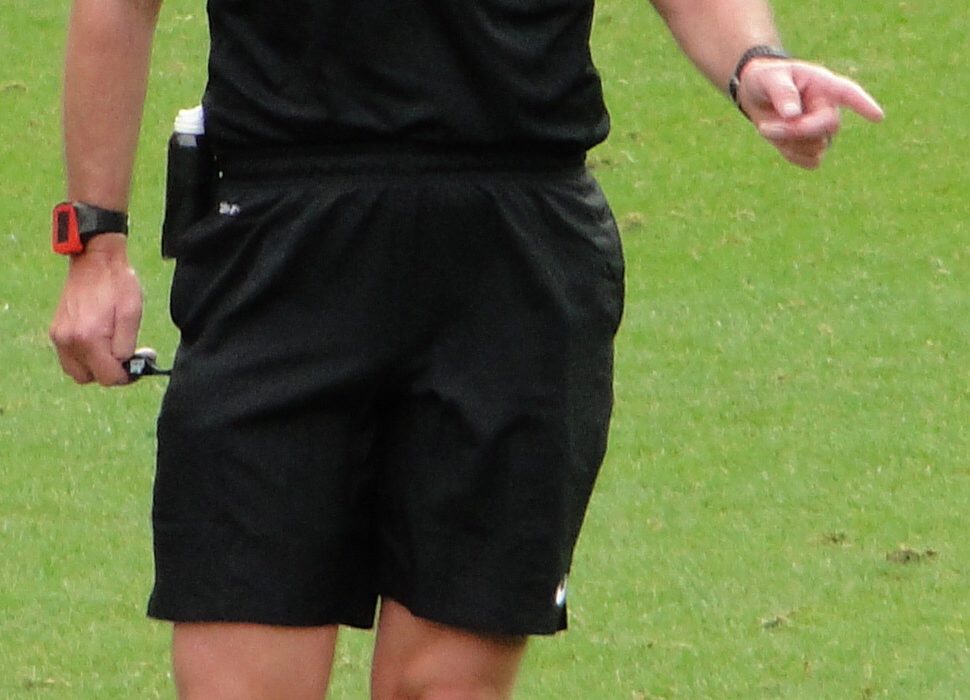 Lay off the referees and introduce technology

Criticism of referees in the Premier League has reached new heights, with hard-core fans becoming increasingly less forgiving of controversial decisions. Earlier this year, experienced top-flight referee Mike Dean was demoted to the Championship. He came under scrutiny after making a series of controversial decisions throughout the Christmas period and then into January.

West Ham hosted Manchester United in January, and Mr Dean was criticised heavily for sending off Hammers midfielder Sofiane Feghouli, which was later rescinded. Later in the match, United striker Zlatan Ibrahimovic scored an offside goal which stood, leading to a United victory.

But how much of this was really the referee’s fault? It’s not as if he or the other officials have a videographic memory allowing them to rewind and play what’s just happened. This is just the example from one game, but it happens frequently.

Referees dictate the key decisions in a football match. As a consequence of this, if they make an incorrect decision, thousands of fans in the stadium and millions of fans across the world see red and proceed to hurling abuse at them.

Of course the crowd are allowed a good shout, that’s to be expected — especially after paying absurd amounts for a ticket. Although, fans for the most part underestimate exactly how hard it is to referee a football match, especially at the highest level.

A referee has to make a decision as quickly as possible with only the aid of a linesman or fourth official, while Alan Shearer and Robbie Savage can review a controversial decision on Match of the Day and still fail to make their mind up weather it’s a ‘penalty’ or a ‘handball’.

The get out of jail free card for pundits is the phrase “we’ll give him the benefit of the doubt on this one”. This is wrong, there should only be a yes or no answer. This is where technology comes into play. If unsure, the officials should be given the opportunity to consult the footage on the screen.

It seems as though there’s a constant expectation from referees to always get it right, that’s why the Football Association should seriously consider bringing in some technology. If goal line technology has been a success, then there’s no reason why the same process can’t be adopted for decisions in general play, such as a high tackle being a yellow or a red card.

Top-flight Aviva Premiership Rugby matches use technology to review disputable tries which will affect the balance of the match — and referees will watch the replay over and over until the correct decision is made. Why can’t this be the same for football?

After recently speaking to a number of fans about this issue, their main line of argument is that this change can’t happen because they “like moaning about referees”. However, one fan, who’s had a season ticket at Old Trafford for seven years, said that “at the end of the day, lazy decisions can cost teams vital points, technology would be great thing”.

It seems strange for a fan to hurl abuse at a referee and expect them to make the correct decision, even when they don’t know if it is or not themselves. Fans should vote whether they want technology, and if the majority don’t vote in favour, they’ll have to accept the consequences of occasional bad decisions.

When watching a match on the telly and there’s an arguable shout for a penalty, which the referee is unsure of, Sky and BT sport commentators, as well as the viewers, have the chance to examine the shout. This just shows how easy it would be for the officials to see the footage and come to a decision. The right decision is there for everyone to see, but the person who actually makes these decisions does not have access to it, which is not logical.

Even though there’s an increasing need for such action, this process should be implemented gradually, allowing the more hostile fans and referees themselves to ease into this change.

Rather than humiliating referees by demoting them to a lower league, the FA should either bring in some technology or come out and defend the decisions made by them. One positive is that managers are fined for harsh criticism of referees, but at the same time there would not be criticism if there was technology, absolutely none whatsoever.

One day more technology will be introduced to the Premier League, and maybe other lower leagues — it’s only a matter of time. The introduction of goal-line technology has worked well since its introduction to the English game, so there is no reason why more cannot be introduced soon. There is certainly a need for it. Until this happens, fans and pundits should ease off refs and instead try and present the issue to the FA — this will be the best way of matches achieving fair results.