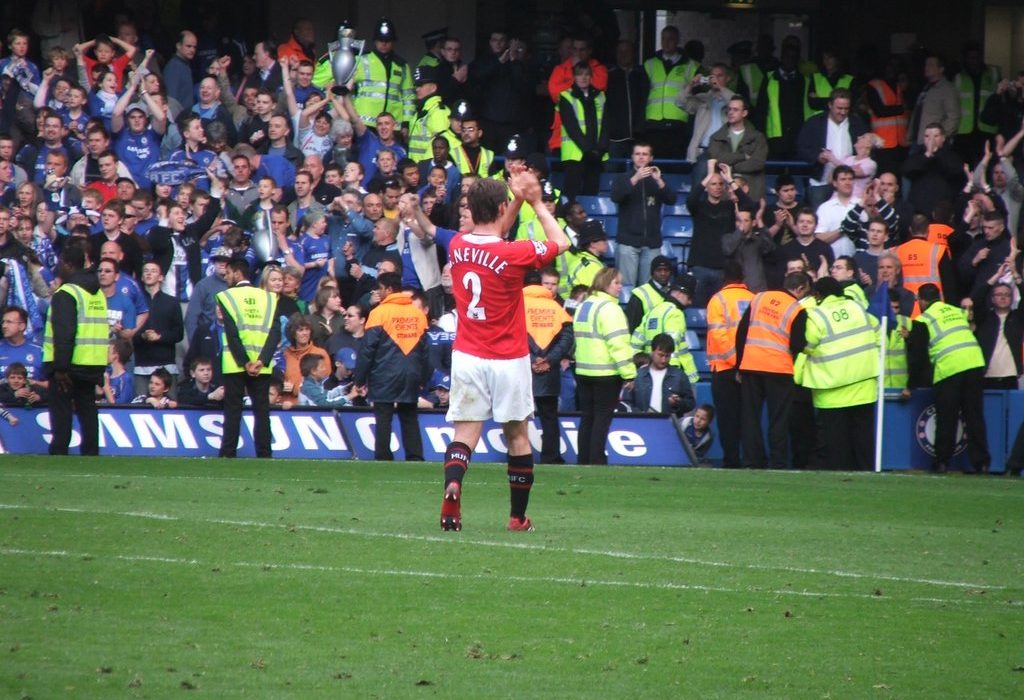 Gary Neville was completely wrong when he branded an Arsenal fan ‘an idiot’ for holding a banner, after witnessing yet another dire Stamford Bridge performance, telling Arsene Wenger: ‘Enough is enough — time to go.’

While he did seem to sympathise slightly with the fan’s sentiment, saying “obviously the Arsenal fans are disappointed”, he said it was ‘a joke’ to ‘pre-empt’ the defeat by bringing such a banner in before the game. What Neville seemed to forget here was the side’s embarrassing loss to Watford last week, and the rising belief among fans that it truly is ‘time to go’ for Wenger.

Neville claimed “Arsene Wenger doesn’t deserve that”, but why not? If I was an Arsenal fan, supporting one of the biggest teams in the country and paying the highest prices in Europe to do so, I would feel it was reasonable to expect my team to win the Premier League and consistently challenge in Europe. In this respect, regardless of the constraints placed on the side by the move to the Emirates, I would feel I had witnessed Wenger oversee twelve years of failure.

Not only that, it seems the manner of Arsenal’s failure is the same every season. Poor Novembers, not progressing from the Last 16 of the Champions League for 6 years, frequent Stamford Bridge drubbings and an apparent lack of physicality and fight on the pitch must make fans feel they are stuck in Groundhog Day. Arsene Wenger has singularly failed to fix these glaring problems, yet is given year-after-year to repeat them.

It would have been ‘a joke’ for the fan to have not predicted such a capitulation at Stamford Bridge. Arsenal have not won there since 2011, were thrashed 6-0 there in 2014, and before last week’s consolation had not scored there since 2013. Once again, history repeated itself for Wenger’s Arsenal. In fact, the fact he brought the sign showed this wasn’t just a reaction to a derby-day defeat but a display of a long-held dissatisfaction with the direction the club is heading.

That Neville had such a strong, emotive reaction to the sign is particularly surprising when you consider how civil a protest it was. Compared to the equal parts brave and stupid Crystal Palace fan that confronted Damien Delaney on the pitch following their 4-0 drubbing to Sunderland on the same day, this was absolutely civil — and had no effect on the game itself, unlike Blackburn and Blackpool fans throwing tennis balls onto the pitch during their FA Cup tie the previous weekend. This was a fan, who had paid good money to support his team despite having little hope for a positive result, peacefully displaying his dissatisfaction at the man leading his team.

Perhaps Neville, having played his entire career under Alex Ferguson, is particularly sympathetic to Arsene Wenger both as his former manager’s main title-rival for much of his playing career but also as the last Ferguson-style manager in top-flight football.  It may be that Neville’s own managerial experience at Valencia, where he himself was subject to fan protests much harsher than this, has also made him more sympathetic to managers under pressure — and especially appreciative of those who succeed in the job as he did not.

However, I believe the reason I and so many others were so taken aback by Neville’s reaction to the sign have more to do with his lack of understanding of what it means to be a supporter of a football club. Yes, Neville played for his childhood club — a club he loved and served all his career with distinction — and would have felt the heartbreak and disappointment along the way as intensely as any fan, but there is a crucial difference between his experience and that of a fan.

Neville would always know that he could influence his team’s performance, he could have a say in the direction his club was heading, he would never have to resort to protesting at a match to have his grievances heard. Most importantly, Neville has never had the frustration of paying hard-earned money, for many a considerable proportion of their income, to watch the team he loves fail time and time again to meet his expectations. This is why he could not understand the fan’s actions, because he has never been in his shoes.