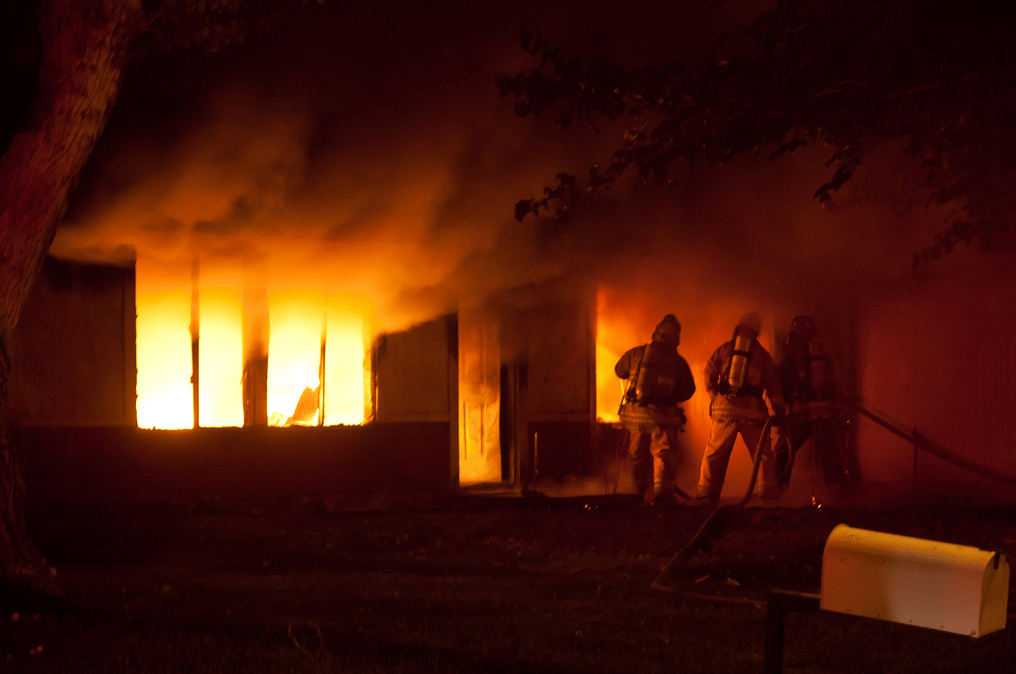 Two people have died and five more have been seriously injured after a house caught fire in Withington, Greater Manchester.

Firefighters and police officers were called to the scene on Parsonage Road, in the Ladybarn area, at 2.30am on Friday morning. Neighbour Emily Puckering told The Manchester Evening News: “the first thing I heard was people shouting. The thing I remember was the popping of the windows expanding from the heat. It wasn’t loud but it was enough to keep me awake. I didn’t know what was going on or what it was.”

Seven people were killed or injured in the blaze. Four children — three girls and a boy, aged from 10 to 17 — escaped with injuries after jumping out of a bedroom window. The two adults who perished in the house fire are believed to be the children’s mother and father. A third adult, who is understood to be a relative who was staying with the family, is currently in hospital. He is in a serious condition, whilst the status of the children remains unknown. According to Greater Manchester Police, formal identification of the deceased and post-mortem examinations have yet to take place.

Reverend Mark Hewerdine, from St. Chad’s Church in Ladybarn, offered his support at this difficult time. Speaking to a Manchester Evening News reporter, he said: “For something like this to happen in the Parish has really shaken people up locally. Our thoughts and prayers are with the family. We will be praying throughout the day for them.”

Police and the fire service have begun a joint investigation into what caused the fire. Councillor David Acton, who is Chairman of the Greater Manchester Fire and Rescue Authority, released a statement after the incident: “It is with great sadness that we hear of the loss of two lives following a house fire in Manchester early this morning. Our thoughts are with the family members of the man and woman at this awful time.

“Our firefighters did a great job in tackling the house fire, which was well alight when they arrived, so praise must go to them for dealing with this difficult and extremely sad incident.”

Detective Inspector Tony Lea, of Greater Manchester Police’s City of Manchester Team, said that his team are “continuing to work closely with Greater Manchester Fire and Rescue Service to establish exactly how this fire started.” He then spoke directly to “anyone who may have witnessed the fire, or anyone in the area in the hours before the fire: if you have any information at all, contact police as soon as possible so we can piece together what happened.”

Anyone who has any information about the house fire should contact the police on 101, quoting number 140 10/02/17. Tips can also be made anonymously through the independent charity Crimestoppers (0800 555 111).