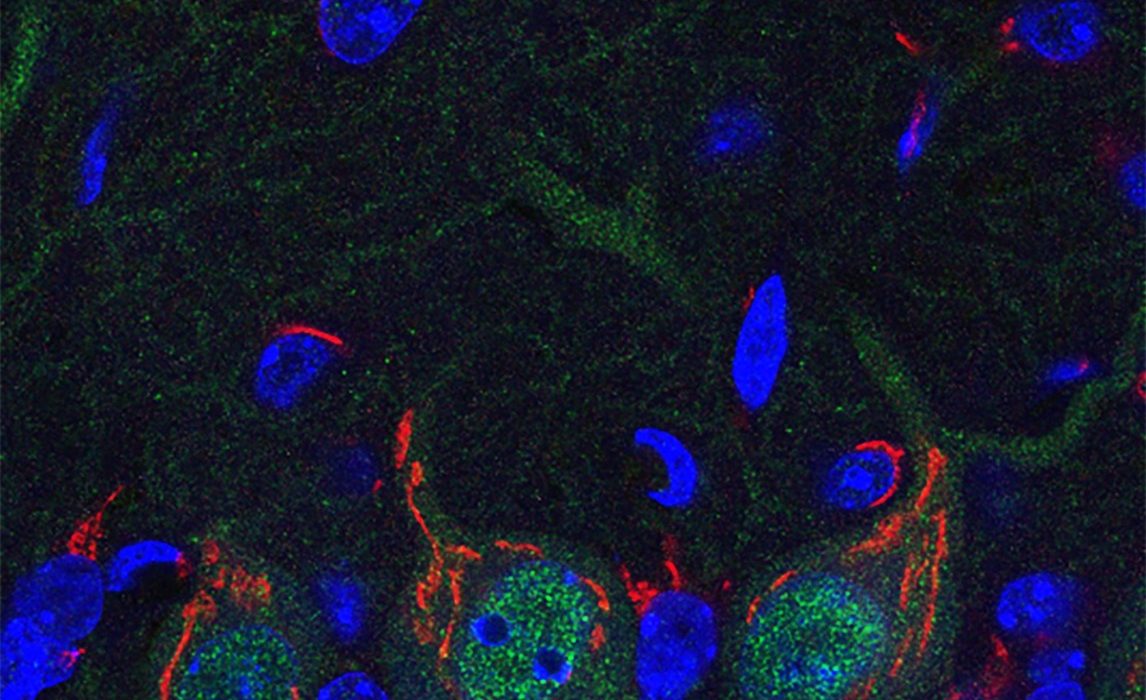 Photo: Martin Lowe for The University of Manchester

A new study by Manchester scientists, focussed on the Golgi apparatus of cells, has found that disabling a cell tap, which regulates the flow of proteins, can cause the onset of neurodegeneration.

The research was focused on the Golgi apparatus of a cell, which is involved in the processing, transport, and release of proteins, such as hormones and neurotransmitters. It also plays an important role in the growth of the cell membrane.

This study was centred specifically on the Golgi apparatus in neurons, cells that are found in the brain and other areas of the nervous system, and used mice as an animal model.

They found that mice with a disabled Golgi apparatus developed developmental delay, postnatal death, and severe ataxia, a group of disorders that leads to difficulties with coordination, balance, swallowing, and speech.

The research, which was carried out in collaboration with the Shilai Bao Lab at the Chinese Academy of Sciences in Beijing, is one of many studies in recent years that have tried to link Golgi apparatus to neurodegeneration.

How much it contributes to associated disease, such as Parkinson’s and Alzheimer’s, is still unclear.

Professor Martin Lowe, the lead researcher of the study, said: “Our results, combined with previous work, suggest that during the cellular changes that occur, loss of the Golgi function could be an important intermediary step that contributes to cell death.

“Together with other published work our findings suggest that in certain neurodegenerative diseases the loss of function of the Golgi apparatus may contribute to the pathology that is occurring.”