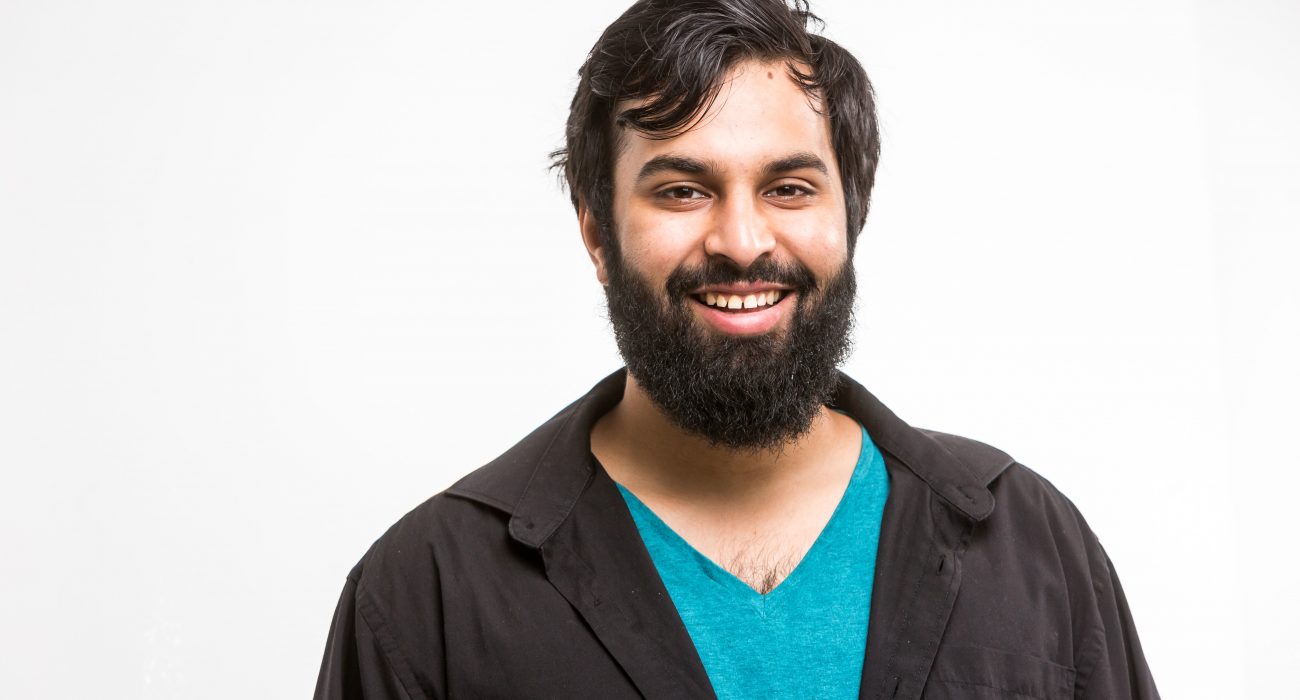 “I don’t think anyone can say I’m particularly silent on issues, I’m quite a gobby person”. With his interview at almost three times the length of some of the other Exec’s, you get the sense that Ilyas wasn’t lying.

Despite this self-confessed “gobby” nature, Ilyas paused when trying to pick just one event from last semester that stood out for him as his biggest achievement, instead listing Welcome Week, Global Fest, and Islamophobia Awareness Month among some of his “favourite small little moments from July to December”.

In contrast, he did not struggle to answer when asked if he had encountered any challenges: “I’ve definitely encountered a lot of personal challenges […] I didn’t realise how deeply I was going to throw myself into it”. He spoke of his struggles to find a sustainable work/life balance, but claims to have now found a work level that means he is “actually functioning and not just thinking I’m a robot”.

I don’t think anyone can deny that Ilyas has thrown himself very “deeply” into his role, with his passions for student politics often made apparent on social media, where he regularly passes comment on issues and debates surrounding the NUS.

One such debate grew out of the exposé that revealed a Vice-President of the NUS was working to undermine the President. Richard Brooks, Vice-President  of the NUS, wrote after the news broke that the “documentary shows [him doing] politics and disagreeing with the far left”.

I asked whether this incident could just be put down to the fact that people in politics have different opinions, even in the NUS, to which he said, something he repeated often throughout our discussion on the issue, that “this was never an investigation into the NUS”, which he thinks people forget.

“This was an investigation into a foreign embassy that led to the NUS, and that in itself is an issue”, he added, arguing that as far as he was concerned “this is beyond differences of opinions or factionalism within the NUS. This is an active attempt to try destabilise the NUS while the Higher Education bill is making its way through Parliament”.

Brooks had also stated that his actions were due to the fact the current leadership is “ineffectual and damaging”, and I suggested to Ilyas that it may be fair for people to organise in this way if there are students who believe this, so was Brooks not just acting as a voice for these views within the movement?

Ilyas responded by arguing Brooks’ statement had been “vague”, suggesting that “it’s easy to paint yourself as a moderate, wanting to be perceived by people as the rational person or the person who’s on the centre ground,” but claimed that Brooks still needs to outline exactly what has been ineffective about Malia Bouattia’s Presidency.

Another NUS debate that Ilyas has been vocal within was the black student walkout over institutional racism, after the report, now released, took over a year to be published.

The report revealed that the the “NUS as an employer has seriously failed to support Black staff”, something Ilyas said he “absolutely endorsed”.

“The organisation has seriously failed not only the Black Students’ campaign, the volunteers, full-time officers and the staff within the organisaiton”.

When asked whether that now the report had finally been released he was confident of change, he said: “I genuinely can’t say that I’m confident until I see what happens […] I just want to see a massive change in behaviour”.

A criticism of this report however, was its lack of scrutiny into anti-Semitism, despite the Home Affairs Select Committee saying the NUS had failed to take the issue seriously. This is particularly relevant in Manchester, after BDS was backed in senate, despite Jewish students voicing that they would not feel welcome or safe if it was passed.

I asked Ilyas whether this motion passing meant he had failed in his manifesto pledge to make sure the “Union was an inclusive and accessible place for all students”.

He claimed he was aware prior to the debate that it was always going to be “a very emotional conversation”, but that he wanted to sure the people in the room felt confident that they were able to have an opinion on the matter, and that conversations are being had with students in the room on that day to ensure that the Union remains an open space for everyone.

When asked if he accepted that anti-Semitism is on the rise on UK campuses, and if so whether he thinks more could be done to take the issue seriously, he recognised it was an issue and said: “I think there is a lot being done, if people want to see more being done, I hope they’re making their views known”.

Everything we had just discussed was painting a very unstable picture of the current state of the NUS, but when I asked whether the NUS can continue in its current form, particularly in light of various disaffiliation campaigns, Ilyas’s response suggested many students may be oblivious to such NUS instability.

Ilyas spoke of his experiences campaigning on three different campuses for Students’ Unions to remain affiliated to the NUS — Warwick, Essex and Nottingham. “So many students thought of the NUS as nothing more than a discount card”, arguing that this is directly due to the NUS’s top-down approach.

“We have lost so many battles in the last few years, and it can’t continuously be these battles or factions or things like that, there just needs to be a genuine commitment to working bottoms-up because top-down has just failed”.

He was passionate that change was needed badly, arguing that in going round the country he had heard many valid criticisms, such as when the NUS conference voted down fighting for the EMA.

I asked whether this was the heart of the issue, that they are not fighting for things that affect students in their everyday lives, concentrating instead on international political issues like BDS, which fails to engage many students, to which Ilyas replied: “I think there is a lot of work being done on issues that affect all students”.

But he repeated that there “need to be a better way of communicating that to members because so many people still view it as a discount card”.

Finally, I asked Ilyas why students should put themselves forward to be Diversity Officer, to which he warned: “If you think this is going to be a nice break or a chance to think about what you want to do next — I can’t say how much it is the complete opposite”.

However as a positive, he said: “You will have so many examples for that interview question of ‘can you think of a time when you were in a challenging situation?’”.