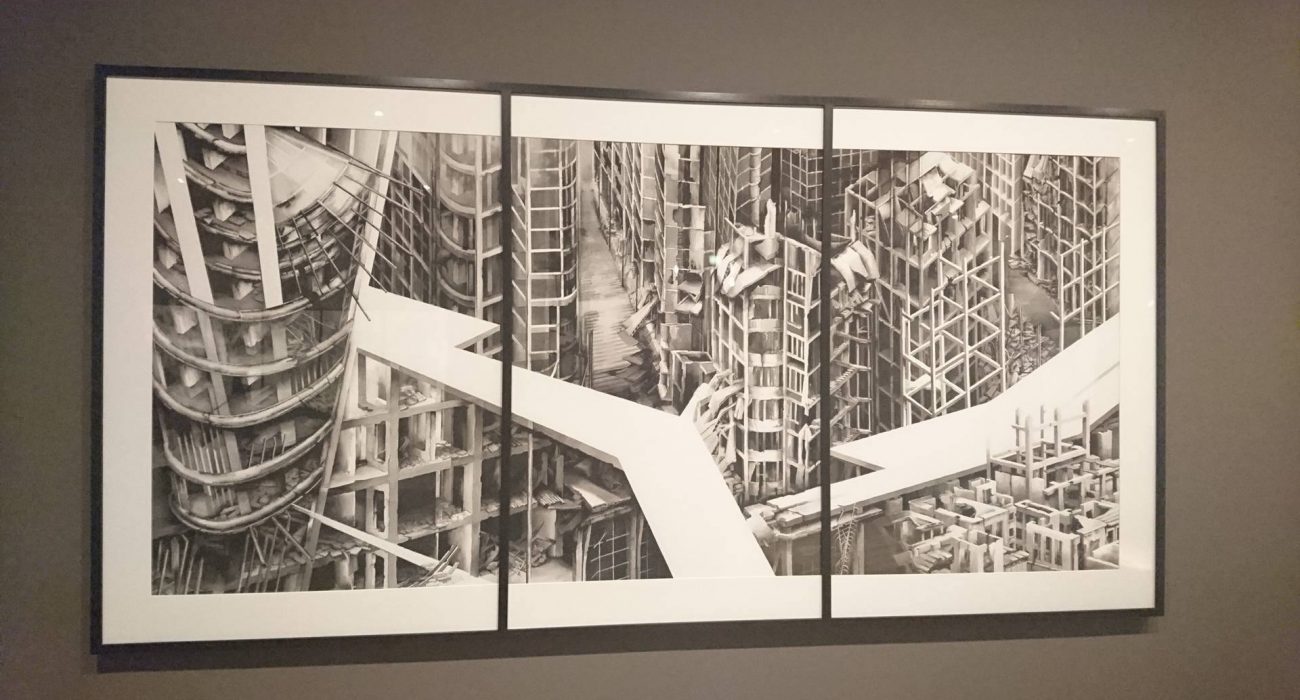 Review: Deanna Petherbridge at the Whitworth

More than thirty years after her original residency in 1982, The Whitworth has welcomed back Deanna Petherbridge, CBE, curator and one of Britain’s most prolific artists. The seven month exhibition, finishing in June, showcases work from a career which has spanned 45 years. Working predominately in pen and ink, Petherbridge’s art reconciles mathematics and architecture with social observation and critique.

Knowing little about the artist when I entered the gallery, I was firstly struck by the quantity of the artwork that the exhibition room had on show, Petherbridge’s work is clearly defined by it’s bold, straight lines, and geometric patterns with sequences of shapes meticulously formed in accurate detail.  Upon entering the gallery, the viewer notices that the pictures are done almost exclusively in black and white and at first glance, lack the showiness and boldness of colour that would usually draw the eye. However, Petherbridge’s drawings both require and deserve more than just a cursory glance.

A surprising element in Petherbridge’s work is her attention to social, cultural and historical issues, particularly in regards to human conflict and suffering. In pieces such as Urbs Militans (1984) an interpretation of the Second World War, the harsh, angular lines effectively allow her to convey the callousness of war and the destruction of which humans are capable.

Similarly, drawings such as The Destruction of the City of Homs painted last year as a response to the war in Syria, Petherbridge’s work also seems to take on a photojournalistic quality, bringing together the tragedy of those destroyed home with her own artistic study of the lines and shapes.

This is a theme that runs throughout the exhibition, and Petherbridge does not let her chosen style prevent her from taking a political stance. Untitled (Turning Tables) (1989) is a drawing which the artist describes as ‘explor[ing] the symbolism of empty tables as the seat of patriarchal power’. The precision of her lines and patterns makes political statements like these all the more effective.

Overall, Deanna Petherbridge sees pattern and intricacy where others may not and whilst the detail and skill of her artwork is impressive, for me, the over-riding message of her work is that the existence and influence of people is what brings patterns, lines and shapes to life.