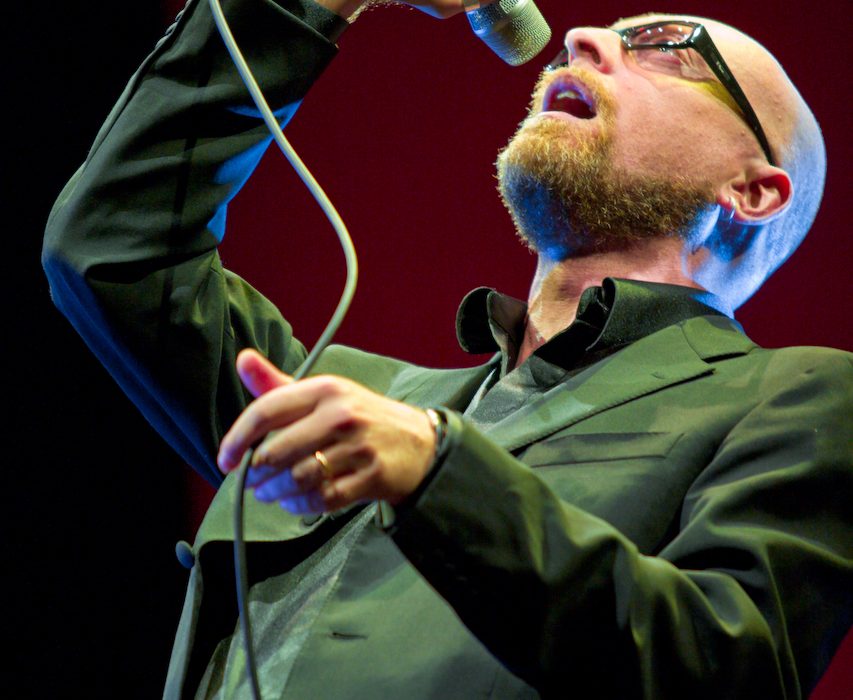 Italian soul singer Mario Biondi draws comparison easier than most. His distinctive low voice and striking stature means that Tom Jones and Gregory Porter are among the names thrown about. However, regardless of an RNCM crowd intent on lapping up the stylish Biondi, the first set left me dissatisfied enough to wish to leave before the second.

There were certainly redeemable moments. Biondi’s backing band, a quintet comprised of two multi-instrumentalists, keys, bass and drums, showed their class in the solo sections. During a moment of mind-wandering in the first half, I wondered if the band could ditch the singer and play a jazz set with occasional vocal interludes.

The venue didn’t help. Biondi obviously suits a more intimate environment, which RNCM doesn’t offer. The balance and mixing were variations on a theme of poor, including a very loud bang at the end of one song, leaving the crowd to awkwardly applaud whilst anxiously looking towards the mixing desk. Even with the noted difficulties of amplifying a voice like Biondi’s, there was a physical void between band and crowd, highlighted by the singer’s awkward shuffles back and forth from his microphone.

Which leads on to what I felt was the main problem with Biondi. Every song from the newly released Best of Soul album and his popular Sun album is in English, a language which he clearly isn’t fluent in, making the role of a frontman in England an awkward challenge. The point of soul music is to connect with the subject, and his generic lyrics struggled to do this at all.

Best of Soul is an okay album; the highlight is the sing-along style of ‘This Is What You Are’. Mario Biondi has a unique voice that sells and a select fanbase which is growing in Britain. But, once the talented band is stripped away, the only real comparisons to Jones and Porter are in age and facial hair.