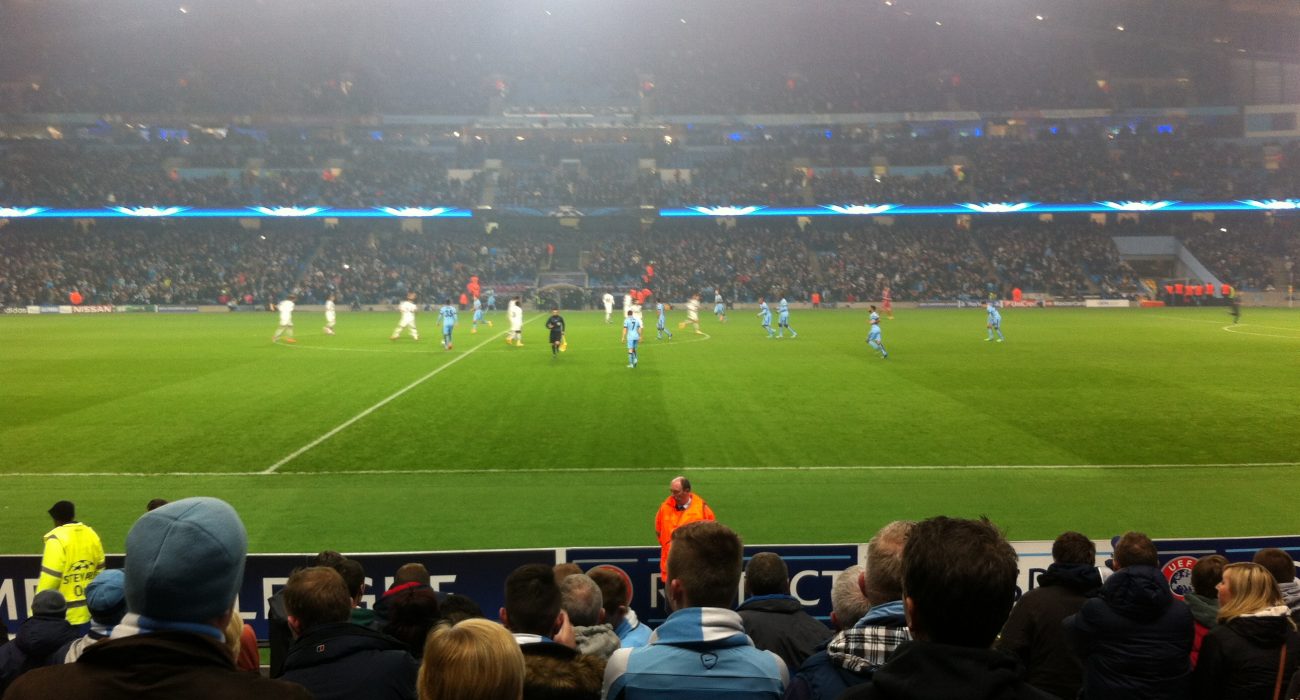 This was a beautiful game for anybody who could just sit there and watch it. I watched one of the best games of football I’ve watched in years, but as soon as the final whistle was blown, my mind quickly went from pure ecstasy to fear. How on god’s Earth do you report on a game like that and do it any justice?

You can’t, you simply can’t. I’ll just try and do a good enough job that I won’t get fired, but you need to be fully aware that if you missed this match, you will live in regret for the rest of your life, and you really need to get down to the Etihad more.

Disclaimer: I will try and not dally on any shoddy defending or poor refereeing. There was abundance of both throughout this game, but if all you take from a 5-3 Champions League match is the defending or a dodgy decision, then football isn’t the sport for you.

It was simply epic. The highest goal-scoring opening leg to a Champions League game. There’s impressive stats like ‘most corners in the first half of a FA Cup third round game in the North West this October,’ and then there are statistics like that! Penalty appeals turned away, stunning goals, penalty appeals given, thumping challenges, and pace pace pace! If the game was a film, only Gerard Butler could play Sergio Aguero. Or I guess Eddie Murphy if you were going for a different sort of style.

1:0 City took the lead on the 26th minute from what can only be described as Witcraft from Leroy Sane to set up Raheem Sterling with a tap in.

1:1 AS Monaco equalised through Manchester United legend Radamel Falcao, after Caballero made an error that surely he wouldn’t be able to make up for ever*.

1:2 AS Monaco took the lead from a flying header from Falcao. Perfect cross. The end is nigh, the world is over, City will never comeback from this.

*City came out the second half raring to go, but Monaco were given a penalty decision five minutes in (seems a tad harsh). Up step King Will Caballero who emphatically saved, and the crowd went mental.

2:2 On the 58th minute Sergio Aguero equalises from a thunderbolt of a shot (it wasn’t powerful – the keeper fumbled it in, but they all count).

2:3 Three minutes later Falcao scores a purely beautiful goal. He outmuscled Stones and he chipped Caballero from inside the box. Purely beautiful. Stones felt dejected after his error that surely, he wouldn’t be able to make up for ever**.

3:3 Aguero channelled his inner-Hercules and was not allowing Falcao to take the limelight; David Silva whipped in a corner over the heads of everyone, Aguero leant back and volleyed the ball with expert control into the bottom corner.

3:4 John Stones!!** After Yaya Toure knocked on a corner, John Stones tapped in at the back post, and the Englishman celebrated more than an Englishman has since we had that dead sunny day in August 2011.

3:5 Leroy Sane finishes off the night in just the way he deserves – with a goal! Aguero is played in delightfully from a David Silva chip, and he plays the ball across to Sane for a classic FIFA 17 sweaty goal.

• Sergio Aguero has now scored 156 goals in 237 in all competitions for City. That’s a goal every time your Gran watches Emmerdale.

• Radamel Falcao has 24 goals in 29 games. That’s 25 goals more than he could manage at Manchester United (I know).

• Raheem Sterling completed 100% of his take-ons. That’s 100% more take-ons than Jordan Ibe has completed in this seasons Champions League.

Sergio Aguero’s second half for Manchester City was simply world class. The energy that the little man had was emphasised by the fact that he won the most tackles out of any player on that pitch – the centre forward! This proves that the Argentinian is keen to learn under Pep Guardiola, who expects a lot of defensive work rate from his attackers. He scored two great goals (well one pretty rubbish one, and one amazing one, so that’s averaged out at great), and then assisted Leroy Sane with the last goal. He was well and truly man of the match, and has proved a lot of doubters wrong over the last few weeks.

The first one is to my Mum – you’ve always been there for me and I don’t ever say thank you.

The second is to Pablo Zabaleta. The Argentinian came on when City were 3-2 down, and the passion he brought to the team was definitely a contribution to the win.

The third is for the lesser known Silva in this match – of AS Monaco – as he was truly fantastic and gave the City defence a torrid time, he will be difficult to stop in the return leg.

The fourth is to Raheem Sterling. After a tough year, last year, and mass hysteria from much of the country this year, he has kept a cool-head and been City’s best and most consistent performer this year. His pace, positioning and footballing intellect has been second-to-none.