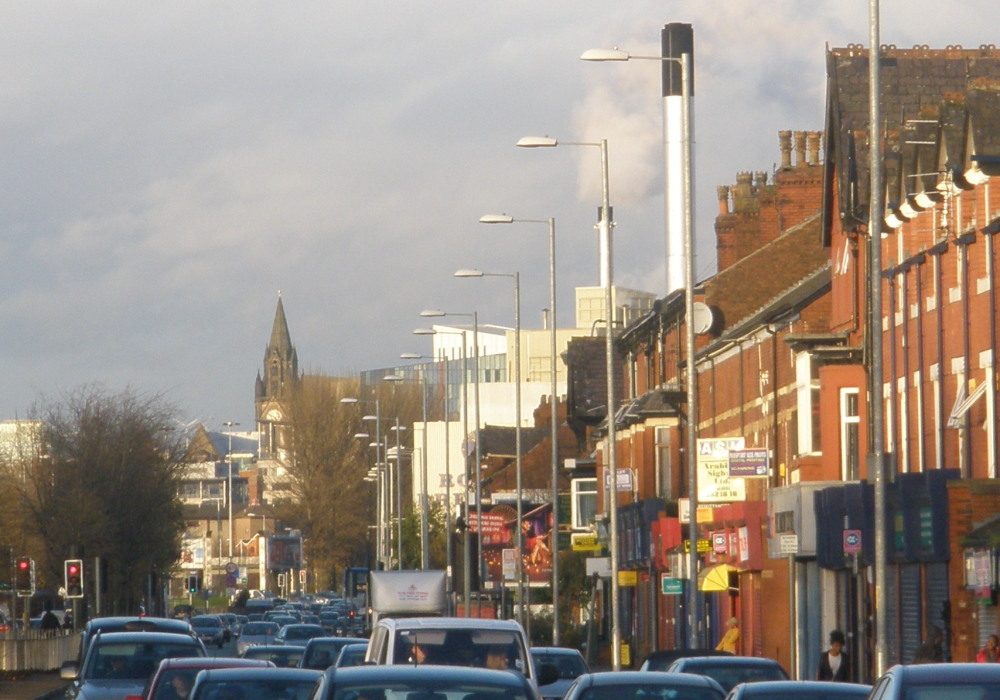 Two men in custody after man shot outside Moss Side takeaway

Two men have been taken into custody after a man was shot in the thigh. Armed police were called to Great Western Street near the Silver Spoon takeaway at 3pm on Sunday the 19th of February 2017.

The victim was rushed to hospital in a serious condition.

Crime scene investigators and a team of forensic officers started work on Monday at the scene of the shooting to determine what happened.

The two men, aged 20 and 35, were arrested on suspicion of attempted murder, and questioned by the police.

It was later reported that this targeted attack may have been due to rising tensions between an old established gang and a new crime group.

Manchester Evening News learned that the police believe the victim was associated with the notorious Doddington gang, based in Moss Side.

Detectives believe he may have been involved with the new gang, the majority of its members being of Libyan and Somali heritage.

According to Manchester Evening News, Chief Inspector Mark Kenny of Greater Manchester Police’s City of Manchester Team stated: “When something like this happens it can cause worry and unrest in the community.

“I want to offer my assurances that we have extra patrols in the area and a dedicated team of detectives working on this case.

“Our enquiries are at an early stage but we do believe this was a targeted attack, and that there is no wider risk to people living in the area.

“We know that Moss Side is a very tight knit community so it is possible that somebody may hold key information about those responsible.

“If you do know who is responsible, or have any information about what happened to this man, who is seriously injured in hospital, please come and talk to us.”

The police stressed the severity of the crime and pleaded for anyone who had information on the attackers or what happened to the victim to contact the police directly or anonymously report to Crimestoppers, the independent charity.

Since then, we have learned that the victim remains in a serious condition but is expected to recover.