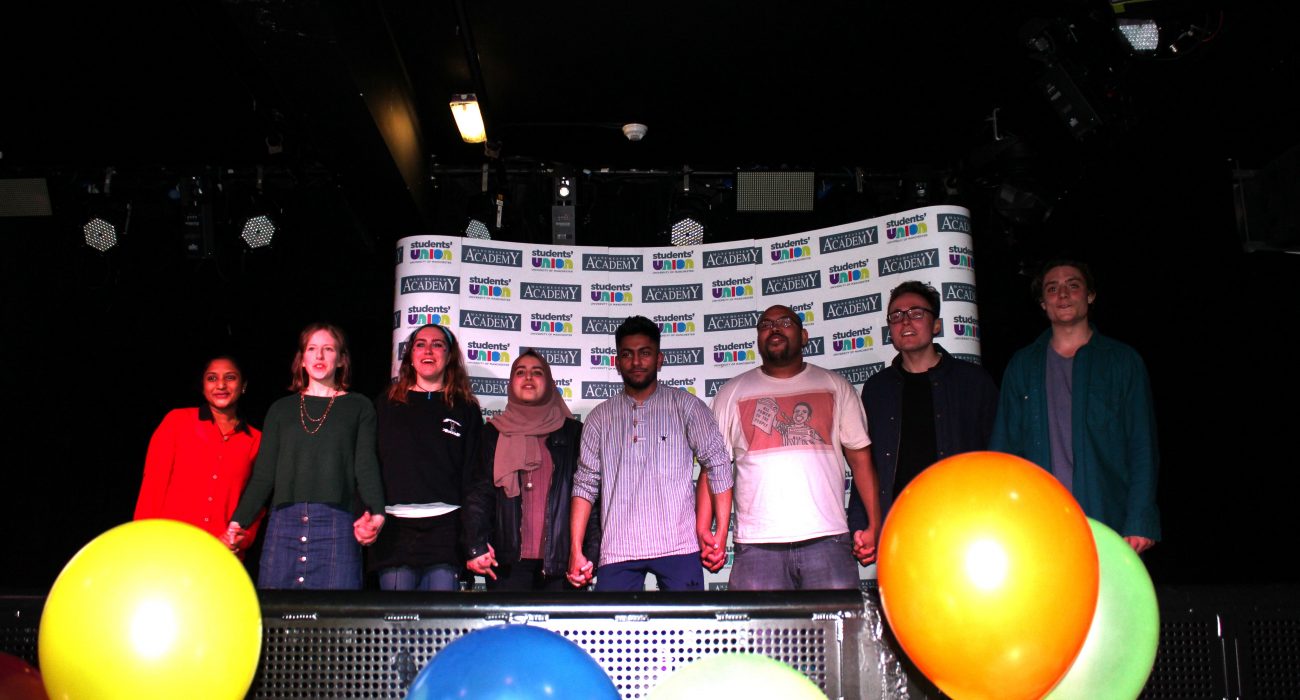 The fall in turnout may be linked to the crashing of the voting system, Mi-Voice, for periods over Wednesday and Thursday. A spokesperson said that the company are aware and are investigating. These figures come in the wake of statistics this year pointing out that 95 per cent of students could not name the last Exec team, and there was more than a 50 per cent drop in students putting themselves forward in this year’s elections.

Alex Tayler was victorious in the General Secretary election, with 1,478 of the 3,591 votes cast for the role. He spoke to The Mancunion after the results.

“Rather than students engaging with the SU I want to engage with the students. It’s about getting into halls, into places where students live, cafes, shops, trying to get them in, telling them about what we’re doing, ask about their views.

“And also, try and follow policies that are going to benefit students, really on stuff for students, that’s what we’re here to do, and that’s what I want to do.”

The role for Activities and Development Officer saw the highest turnout of all the roles, with 3,834 voters, which saw Kitty Bartlett elected. Kitty has the largest mandate on the Exec team, with 9.7 per cent of the 39,700 students at the University of Manchester voting for this position.

With 1,300 of the 2,751 votes for Education Officer going to Emma Atkins, she was the only candidate to be re-elected for a second term. When asked what the first thing she will do when she gets back into the office, Atkins said: “I have no idea — catch up on my emails.”

The position of Community Officer was the closest battle of all the positions, as Jack Houghton won the election by eight votes, 1,261 to Madeleine Martin’s 1,253.

Saqib Mahmood was voted as Wellbeing Officer, and thanked his mother for “for making me Asian”. On his personal Twitter account, current Diversity Officer Ilyas Nagdee stated: “Manchester voted for its highest amount of Muslims onto the Exec Team.”

Wellbeing candidate Dee Dixon spoke to The Mancunion before the results, discussing accusations of Saqib Mahmood making transphobic comments towards them.

“I think, whilst generally the campaign was fantastic, I still think student politics itself can eat itself sometimes. We’ve all related really positive campaigns, but there was one moment which was extremely not positive. One of my people who was running with me, and he’s absolutely fantastic and brilliant, he was accused of transphobia, and he wasn’t actually transphobic at all.

“And apparently, it was against me, but I wasn’t really spoken to or engaged with before the accusation went ahead. So, I feel like there can be a bit of politicking about for something which can be easily sorted out just by talking.”

Mahmood also spoke with The Mancunion, and he also echoed the good relationship that the two have.

“She is an amazing person, she is everything I want to be in a Wellbeing Officer, and I really hope that person gets my number 2 vote.

“I made a comment about their gender which I wasn’t really aware about. We spoke about it and it just got out of context, and I think it tarnished my campaign a little bit, but I think maybe I could work on that… learn from my mistakes.”

The election results see Naa Acquah leave her position of General Secretary after two successful campaigns in a row. Talking to The Mancunion she said: “It’s really bittersweet, because I think there are some great people in the elections, but yeah I’m sad, but you know, time to move on with my life.”