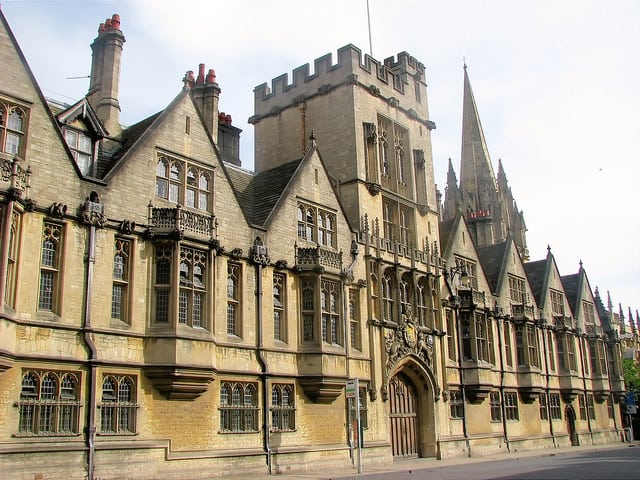 The Guardian has reported that sexual harassment at universities in the United Kingdom is at “epidemic levels”. It has been suggested that reported incidents are just “the tip of the iceberg”.

In the academic years from 2011–2012 to 2016–2017, 169 allegations were made against university staff by students, according to Freedom of Information requests granted by 120 UK universities. A further 127 complaints were made by staff members about their colleagues.

The University of Manchester has had less than five reported sexual harassment incidents since 2011, in terms of both staff-on-student and staff-on-staff allegations. Manchester Metropolitan University did not declare any statistics to The Guardian. Oxford University reported the highest number of sexual harassment claims in both categories. 11 allegations of staff-on-student harassment were reported to the university’s central administration, with a further 10 recorded by colleges. 17 staff-on-staff allegations were submitted centrally at Oxford and another 3 were received by colleges. However, due to the nature of the university’s administration, some complaints may have been recorded twice. Georgina Calvert-Lee, a barrister at McAllister Olivarius, a law firm specialising in sexual harassment cases in the UK and US, said: “The one [institution] that surprised me in its blatant disregard for the weaker party was Lincoln College, Oxford, which says overtly that the reason that it wants a reporting of these relationships is to ensure it will not have an adverse effect on the reputation of the college.” It is unclear if this is a university-wide attitude.

A University of Oxford spokesperson said: “A wide-ranging campaign across the university in recent years has made clear that sexual assault and harassment, whether by staff or students, will not be tolerated anywhere at Oxford. We see the number of students now coming forward to disclose or report incidents as reflecting the progress made.”

Of the universities that responded to The Guardian’s Freedom of Information requests, 136 of the 169 staff-on-student allegations were investigated. The vast majority of these investigations were internal, with only a few involving the police. 109 of 127 staff-on-staff complaints were investigated, resulting in 48 staff leaving their university or changing jobs. The University of Edinburgh and the London School of Economics reported the highest numbers of staff leaving or changing their jobs after investigations, with five each.

Just three British universities (Goldsmiths, Liverpool John Moores and Plymouth) use non-disclosure clauses in sexual harassment settlement agreements. However, victims and experts claimed that other universities classified payments as settlements for other types of misconduct, in order to avoid scandal. Calvert-Lee told The Guardian she knew of a case where a university’s administration had stepped in to encourage an academic accused of sexual assault to leave the university with a financial settlement and a non-disclosure agreement.

The investigation found that 32 per cent of universities have no student-staff relationship policy. The University of Manchester’s Consensual Relationships Policy covers both staff-student and staff-staff relationships. The Policy states that “to embark on a romantic/sexual relationship with a student involves serious difficulties rooted in unequal power, and hence choice, of the parties concerned, as well as real problems in maintaining the boundaries of professional and personal life.” The university encourages any student or staff member “who does not consider their involvement [in a relationship] to be truly consensual” to report this.

With regards to support for students and staff who are victims of sexual harassment, a spokesperson for the University of Manchester commented: “Staff and students are supported through the We Get It, a joint campaign organised by the University and the Students’ Union, in support of our zero tolerance approach to any form of bullying, harassment, and discrimination.

“The University has a network of trained Harassment Support Advisors (HSAs) who provide a confidential information service to staff and students on issues relating to bullying, harassment, sexual harassment and discrimination.  They have in-depth-knowledge of the policy and procedures and what support is available to both staff and students. The University Counselling Service is also available to support students and staff.”