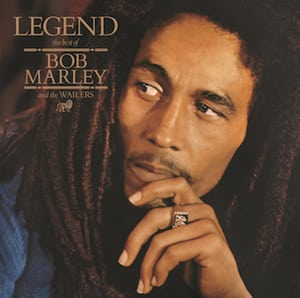 If anyone arrived at this gig expecting an aging band from a bygone era clumsily rasping through their greatest hits, they would have been very much surprised. The only moment where it was noticeable that these were seasoned musicians was the humble entrance as they slowly made their way on stage, their oldest member, Aston ‘Family Man’ Barrett, 70, with the aid of a walking stick. As soon as they picked up their instruments and the first reggae and ska notes filled the air it was as if a tidal wave of youth washed over them and they transformed into the Wailers of the first of their five decades.

In a time where human division is rifer than ever, it was refreshing to see a diverse crowd of ages and ethnicities, ranging from children no older than ten being introduced to reggae in the best possible way, to die-hard reggae fans enjoying the stand out band from their youth. Reggae has always been a genre with its own political agenda and there were slight references towards this by lead vocalist Duane ‘Danglin’ Anglin, intertwining classic songs from the Wailers repertoire with mighty roars for peace, love and equality.

A stand out song was certainly ‘Buffalo Soldier’, an example of who The Wailers are and what they mean to their fans; as soon as the first few notes were played, the crowd were instantly enthused, and the swaying and overjoyed singing of hundreds of people in unison gave the night an ethereal feel. This song was introduced by the lead singer referring to the need for underprivileged people to become their own ‘soldier’, and fight for their rights, a message alluded to throughout the night.

The night was brought to a close with the ever popular ‘Three Little Birds’, the song which perhaps best embodies the joy of reggae. It was a fitting end to a show which paid great tribute to their, and reggae’s, most successful album and a passionate homage to the late, great Bob Marley.