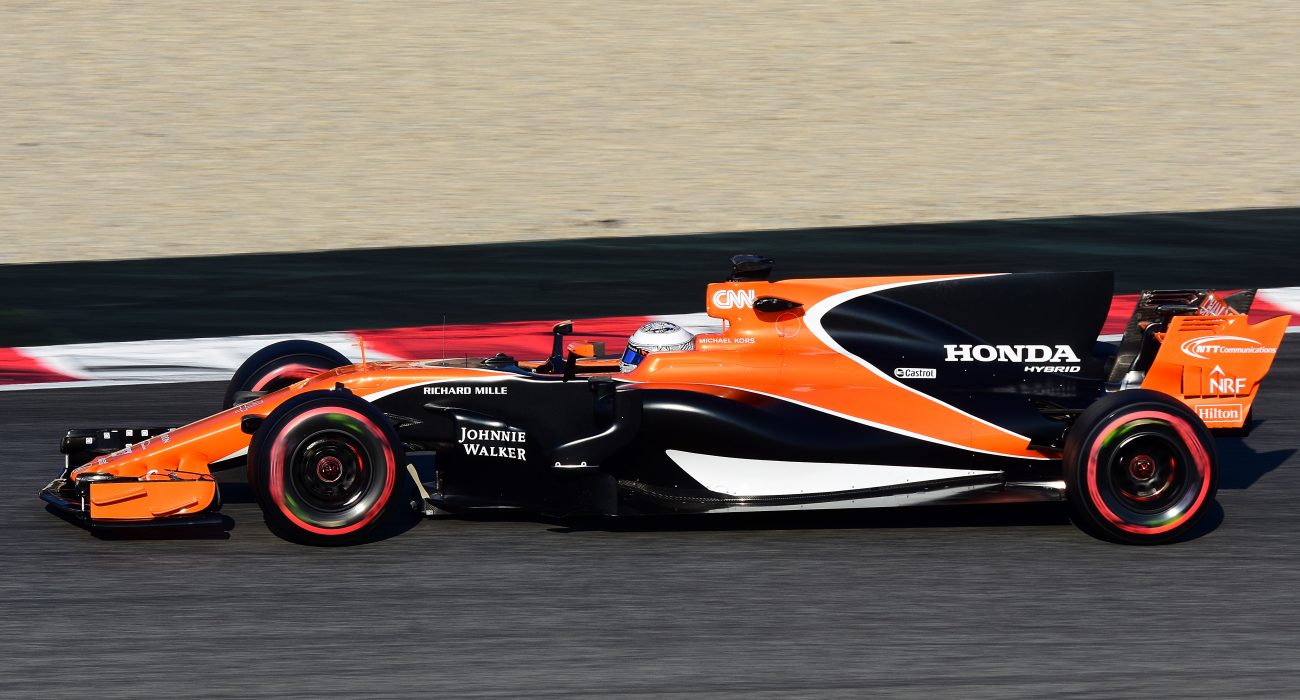 Pre-season testing got well and truly underway last week at the Barcelona-Catalunya circuit in Spain. All the drivers will be trying to get as many laps under their belts as possible to get used to their new lairy cars: the radical rule changes have created “absolute monsters” of machinery, according to retired champion Nico Rosberg. Leading up to the first race of the season on the 26th of this month, it’s all looking the most exciting it’s been in decades.

It is, however, not all such an enthralling experience for the McLaren Honda team right now, though: it’s looking like another disappointing year for them already. The British outfit have been troubled all season, and have already changed engines over six times, including a change enforced by a power unit electrical fault during the final testing sessions. Engine expert Giles Simon has left the team and Honda F1 boss Yusuke Hasegawa has admitted he is “worried” these problems will not be resolved.

As a result, their drivers have far less experience in a car which appears to be considerably weaker than that of the others in the field. The way it’s looking, the McLaren car seems woeful. The team’s Belgian driver, Stoffel Vandoorne, has generally lapped at around three seconds off the pace: and three seconds is a long time in Formula 1. That’s a deficit that surely not even the supremely talented Fernando Alonso can overcome. For McLaren Honda, it could all unravel before it’s even began.

It hasn’t just been the McLaren team members who’ve been unhappy watching on in testing: it will have also been a frustrating experience for Sauber driver Pascal Wehrlein. The German driver was confined to only viewing the action rather than involved in it, after sustaining a back injury as a result of a giant crash at the Race of Champions show in January. Wehrlein’s temporary replacement, young Ferrari third driver Antonio Giovinazzi, appeared unexpectedly impressive in his cameo testing the Sauber car.

In the end, Wehrlein, who will be entering his second season of F1, did manage to get some circuit time. Passed fit for the final testing sessions, he sought to get back up to speed: and in these much faster cars, that’s a literal statement. The 22 year old German, although racing at Sauber this year, is under contract with Mercedes, essentially loaned out to develop his driving abilities. Mercedes deemed him too inexperienced to fill Rosberg’s vacant seat: so Wehrlein might have something to prove this season.

Off the track, the news that Formula 1’s TV audience in Britain fell by 5.1 million last year broke waves and sparked debate all round. That’s a drastic drop, and there has been conversation over the possible factors leading to it. In recent years there have been less free-to-watch races, with Sky F1 buying up all the coverage for their network, to be watched at a premium. That’s not been the only channel change: last year what free coverage remained moved from BBC to the less popular Channel 4 coverage.

It could be the presentation, but on the other hand, it could also be the content itself. With Lewis Hamilton’s lack of success, there was a distinct lack of British interest when compared to the seasons previous, and the more patriotic amongst fans might have been turned off by Hamilton’s disappointments. Hamilton himself, however, says the sport needs better engagement with the fans. This could even be the key to the sport’s survival: it is an expensive sport to run, after all.

There is hope that the new rule changes will bring back the excitement to F1: and shake off Mercedes’ dominance. The word around the paddocks is that Ferrari have made vast improvements as the new season approaches. McLaren boss Eric Boullier put them down as definite title contenders, and Haas leader Gunther Steiner believes the Italian team have made “amazing” engine progress. Even opponent Hamilton himself admitted Ferrari could be this year’s favourites: although mind games might be afoot.

With all this testing, it is important to remember that it is always difficult to accrue an accurate indication of true form in pre-season. It is impossible to tell for sure which cars are running on which specifications, and come race day everything could be entirely different. Even with that word of caution in mind though, the sport looks to have been shaken up completely, with an incredibly close title challenge on the way and intense, physical limits racing. If all goes to plan, this could be the best Formula 1 season in years.