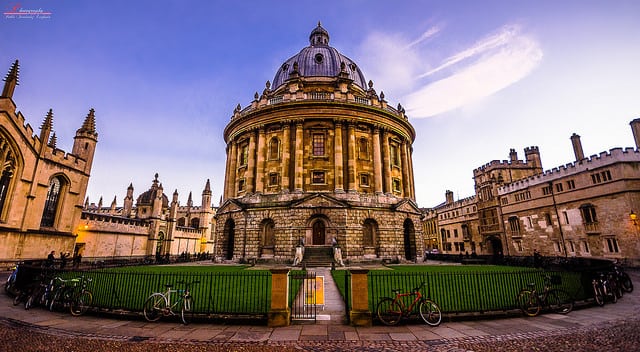 Academics plea for the government to protect EU citizen’s rights

The heads of 35 Oxford colleges have issued a plea to the government, warning that foreign European Union citizens must have their right to stay in the UK guaranteed after Brexit.

In a letter to The Times, they stated that institutions like Oxford will experience “enormous damage” if valuable academic staff decide to leave, and that the impact on academia would have “reverberations across the UK”.

It states that “our EU colleagues are not reassured by the government. Some are worried, some are desperate, and some are already making plans to leave”. The fear of uncertainty is the overriding theme of the letter, which also added that “others do not know, however longstanding their work and residence, whether their children will be able to remain in the UK”.

The plea on March 13th came before a key Commons vote on the House of Lords’ amendment to the Article 50 bill, following the government’s two defeats in the Lords.

The Lords objected to the government not guaranteeing EU citizen rights, and not promising Parliament the right to vote on whatever exit deal is reached with the EU in the future.

The letter hopes to put pressure on a handful of Tory MPs contemplating backing the amendment. An unnamed pro-EU MP told The Times they were persuaded by Theresa May’s white paper that EU citizen rights were a key priority.

Manchester History lecturer Dr Christian Goeschel said that “the government’s refusal to guarantee the rights of EU citizens in Britain is very frustrating, mean-spirited and counter-productive”.

Sharing a common viewpoint to the Oxford academics, he said that “without the tens of thousands of highly qualified EU nationals, the British university system will undoubtedly decline”.

He condemned the British government’s “use of the EU citizens in the UK as bargaining chips”, and deplored “the forces of xenophobia, parochialism and isolationism” that are “dominating the political discourse” in the UK.

An anonymous Manchester Politics student said: “It’s a great idea that Oxford is lobbying the government to protect the rights of EU citizens. The University of Manchester should also consider this approach as well.”

A fifth of UK academics are from the EU, whilst over 22,800 EU citizens are currently working in Russell Group universities. A University and College Union survey found that three-quarters of EU academics were “more likely to consider leaving” following the Brexit vote.