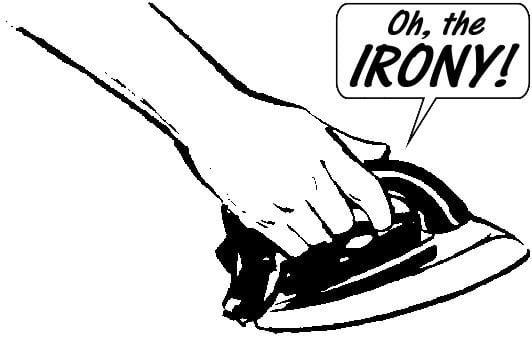 I chose to use irony in my last article to, amongst other things, expose the contradictions of a student who, feeling disenfranchised by the student election process, didn’t vote in the recent students’ union elections. Some readers thought that there was no irony intended. Such was my delicately crafted character portrayal.

I suppose the dramatic irony worked to an extent, as readers picked up on the invalidity of the indignation in the article despite the seeming ignorance of the speaker. Yet it did not work entirely, as they then did not suspect that this may have been part of the play. It was a bit like an audience member cottoning on to Iago’s treachery for Othello only then to jump on stage and knock out the actor playing Iago.

You might have asked why I did not just say what I meant. But this question is not a simple as it may first seem.

What does it mean for someone to say one thing and mean something else? This question attempts to distinguish between ‘saying’ and ‘meaning.’ Yet, when taking note of how these actions relate to each other, then the suggestion that irony can only serve the purpose of ‘not saying what you mean’ becomes inconceivable, for meaning in speech or writing, ironically layered or not, is always in some respect constituted by the words we say or write. Even reading between the lines requires those lines to have been marked. Instead of telling a writer to ‘say what you mean’, there might be more at stake for a reader to be more careful and more attune to multiplicity of voice.

What, then, does it mean for someone to say that someone is saying one thing and meaning something else? If that first someone has read or heard the words of the other, arrived at an understanding of their meaning, but only after processing what they considered to be words which did not lead to that meaning, then I would like to know how they got to that meaning if not through the words. How exactly did those words that person encountered not lead — whether directly or indirectly, with irony, obliquely or via detours — to the meaning?

With irony always in play, those who are most willing to believe that meaning is behind words rather than on and between their surfaces are the least likely to scrutinise the sentences they read, and thereby more likely to take statements at their face value.

The benefit of multi-voiced discourse is that it need not finally privilege a single stance and that there is a degree of uncertainty as to how one might reduce the words down into a single line of argument; with reduce being the operative word.

There is even a systematic impossibility in arguing from a single stance, for this single stance does not glance back at the position from which the argument is made, and prefers instead to pretend that its view is universal or external.  When one makes an argument, the voice used to make it is not outside of that argument describing it, but implicated inside and constituted by that argument.

A monitoring of the position from which one speaks allows for interplay rather than a severe imitation of the divine Word. And there is playfulness to this self-reflexivity. It’s just a shame that potentially my final words for The Mancunion have been from a fairly dull single stance. How iron—”

Elliott Mills is cut off by Elliot Mills who, angered, speaks thus:

“What a load of rubbish. I feel as though this guy would relate to what T.S. Eliot said: “it is impossible to say just what I mean!” I prefer to speak directly. My argument does not produce dual meanings, nor is it ‘double-voiced’.

Look: I will use short sentences to show you. These sentences are my own. They are not undercut by irony. I am externally commenting on the matters at hand. I am not inside of a ‘dialogic’ discourse. I am not implicated inside a wider argument. Plain and simple. Things don’t have to be so complex.

Finally I am telling it all to you straight, with finally being the operative word as this article will be my last for The Mancunion.

“At the end, you want a definitive statement of closure, not self-reflexive nonsense, hedging its bets at every turn,” said Elliot, an altogether easier person to talk to than the first.

He seemed to put things straight, apart from attributing that line simply to T.S. Eliot, when really it was a character names J. Alfred Prufrock through which T.S. Eliot wrote those words. So, less reductively, Eliot both said and did not say those words. 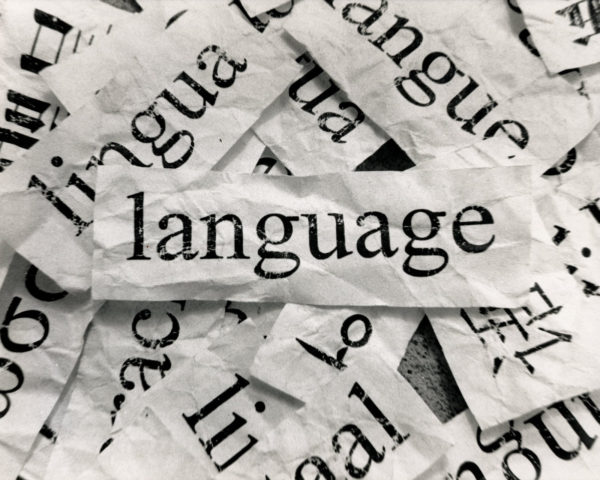