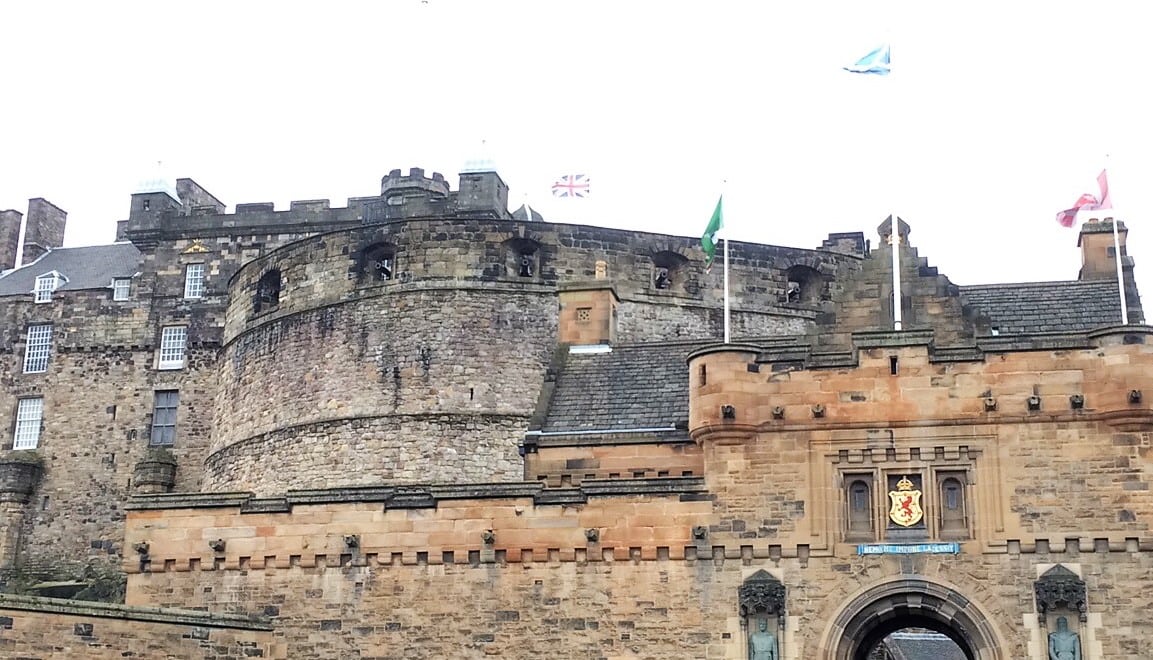 Although my boyfriend and I had to wake up at 5:45am to catch the train to Edinburgh, the fairly short journey from Manchester meant that we gained a full extra day to explore the city whilst paying for two nights. We were tired from travelling early but the first day is best known as being perfect for exploring a relatively small city and getting some bearings. From Waverley Station, we took a walk through Princes Street Gardens to catch a stunning view of Edinburgh Castle. Princes Street hosts the main shopping area of Edinburgh while hiding some of the best-kept secrets; the back streets house a lot of great pubs, which all stock tens of bottles of whisky and various local ales on tap. On Rose Street, we found a great little pub serving haggis with sweet chilli sauce, probably being one of the easier ways to try this Scottish delicacy.

On Saturday, we were unlucky as we faced torrential rain, so we headed to the Royal Mile to visit The Scotch Whisky Experience. After taking a literal barrel ride through Scotland’s history of whisky-making, we were able to sample some of their local produce among the world’s largest collection of whisky. The museum is situated right next to Edinburgh Castle which, with the help of some sunshine, we spent the afternoon exploring. The castle itself is home to the crown jewels of Scotland and is the site of unparalleled views; over the battlements, it’s possible to get a panoramic view of Edinburgh, and even a glimpse of the North Sea. The castle consists of many different buildings, so it’s best to factor in 3-4 hours to discover as much about the castle and Scotland’s history as possible.

Our final day consisted mainly of visiting some of the independent pubs and whisky bars below the castle. Most pubs serve the obligatory Tennent’s lager on tap, but we also discovered Scotland’s Schiehallion, a lager with a distinctly hoppy flavour. Once we’d had our fill, we headed back to the Royal Mile to visit Holyrood Palace and the Scottish Parliament, which stand on either side of a road which opens out to a direct view of Arthur’s Seat. This is the highest peak of Edinburgh — it rewards you with a stunning view of the city after a day’s climbing, and is not to be missed by any lovers of hiking. Realising how quickly the weekend had flown by, we then made our way back up the slight incline of the Royal Mile to catch the last train back to Manchester. Luckily, however, as it’s just a three hour train journey, Edinburgh isn’t too far away to visit again in the near future.