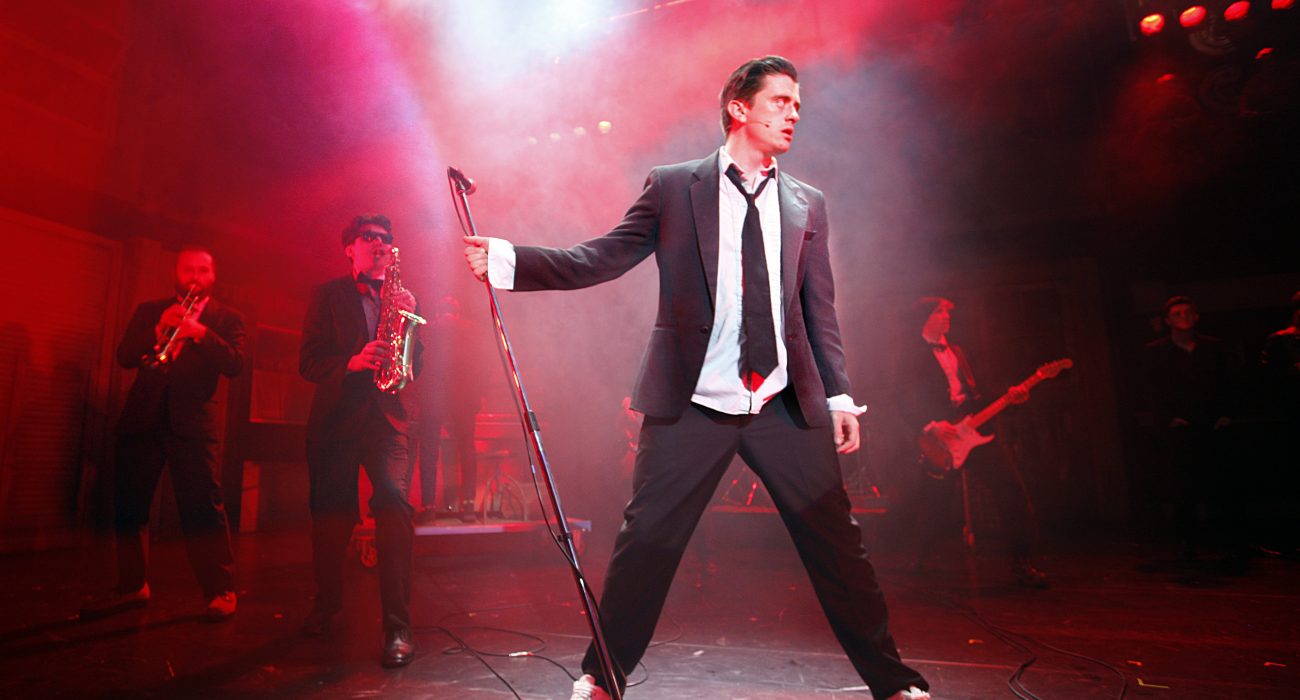 The musical The Commitments is based on Roddy Doyle’s book of the same name and directed by Caroline Jay Ranger. The musical set in Dublin follows Jimmy as he seeks to form a successful soul band.  The musical centred around the working class life of 1986 in Dublin Northside has hints of political rhetoric, but mostly simply delivers on its feel good nature.

Jimmy manages to gather a group of musicians who all want to escape the dreariness of their daily lives. The band form to create the soul group The Commitments. You have lead singer Deco, whose cockiness is a major struggle for the band. However, his talent is undeniable. Brian Gilligan who plays Deco certainly delivers on vocal talent and energy. His performance is electrifying.

Also delivering on the vocal side are Amy Penston as Natalie, Leah Penston as Imelda and Christina Tedders as Bernie. All three add a touch of glamour to an otherwise firmly male band. The entire cast are sensational and all deliver excellent performances, but a special mention to Sam Fordham as Mickah.

Fordham plays the skinhead security guard and is simultaneously hilarious and scary, with his eccentric aggressive mannerism. Importantly he directly addresses the audience, getting us to cheer and clap along, which means we aren’t simply a passive audience watching a musical, but are really there, watching The Commitments perform live at one of their gigs. It really made you want to get up and dance and sing along.

The show isn’t all happy go lucky — like any good soul song it is based on struggle and hard work.  The Commitments like so many bands are filled with in-fighting with so many different personalities it’s hardly surprising. Deco manages to annoy and irritate the entire band, but he is needed for his undeniable talent, so Jimmy feels he can’t kick him out the band despite his constant lateness.

Natalie has captured the hearts of nearly the entire band, as most of the males lust after the beautiful singer. Jimmy even goes so far as say the only reason the band has stuck together is because the men want a chance to hang out with Natalie. Not to mention the older gentleman of the group Joey the Lips, played by Alex McMorran, and his innate ability to woo the ladies.

The music is incredible. Hearing renditions of ‘Think’, ‘Try a Little Tenderness’, ‘Signed, Sealed, Delivered I’m Yours’ and ‘I Heard it Through the Grapevine’ to name but a few. The self-titled “hardest working band in the world” certainly don’t hold back on their vocal prowess. If nothing else you are guaranteed to have a fun night watching this musical, although it does feel more like a gig at times, but who is complaining when you get to hear Aretha Franklin and James Brown’s hits.

The Commitments is playing at the Palace Theatre until the 8th of April. Don’t miss it — get your soul tickets here.