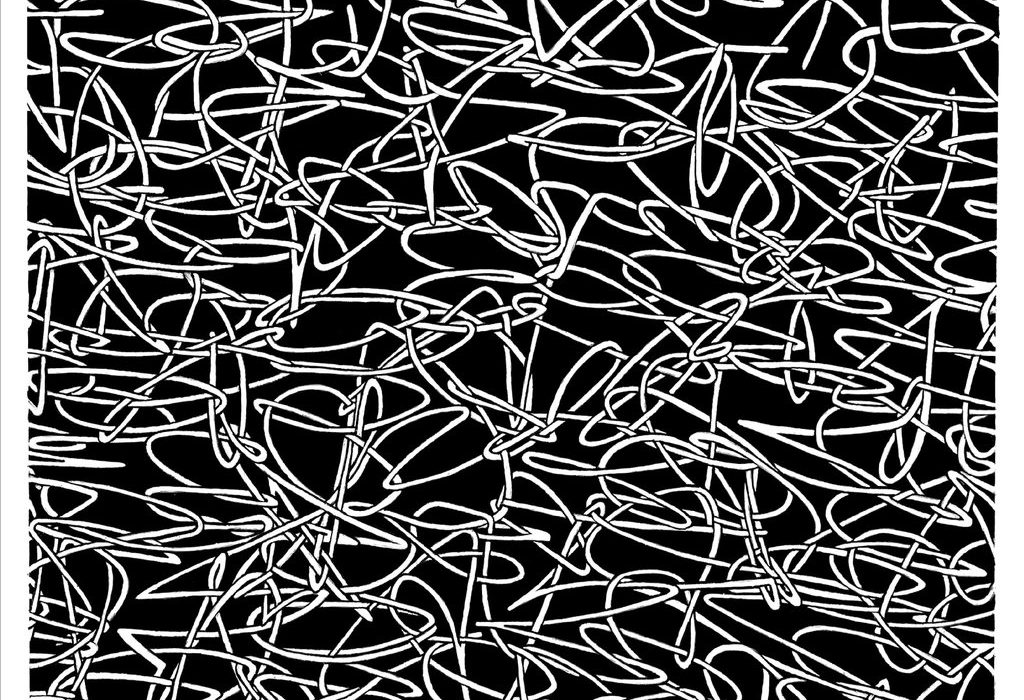 Forty years after their first scorching document, 1977’s peerless Pink Flag, veteran art-rock outfit Wire are a totally different proposition. The closing trio of songs on their new album bear very little resemblance to the sharp, stinging racket of ‘Start to Move’ or the 83-second dash of ‘Three Girl Rhumba’. They approach something you could describe as greyscale psychedelia, some distance away from the 80s material of their old post-punk cohorts the Teardrop Explodes or Siouxsie & the Banshees when they mined the lysergic, primary-coloured 60s for inspiration.

You can hear it on the churning, languidly melancholic ‘Brio’, which replaces wide-eyed wonder with despondent pessimism, paisley with panic. Equally apprehensive is ‘Sleep on the Wing’ where skittering drums mesh with nebulous, echoing guitars, droning and unsettled instead of basking in acid-fuelled awe. It is supremely odd; it also happens to be the best song on the album. But then perhaps Silver/Lead, the band’s 15th, represents a very normal state of continuity.

Wire have always been supremely odd, if only music writers had been paying close attention. It’s what tends to happen with hugely influential groups of a certain generation, entering the years where they receive the uneasy status of being heritage artists, the words ‘epochal’ and ‘classic’ featuring heavily in their biographies. Things get left there. Barely anyone talks about their years stranded in the wilderness – try and recall the last time you saw a reappraisal of Tin Machine – or the decades of assumed inactivity, where band members pursued solo projects and extracurricular interests.

There are, of course, Wire’s outstanding first three records: the aforementioned Pink Flag, 1978’s Chairs Missing and 1979’s 154. But then there are the largely forgotten and overlooked albums from their variable period in the late-80s and early-90s that, in retrospect, are still worthy of discovery: the bizarre odyssey that is 1991’s The Drill, pitched somewhere between acid house and Brian Eno & David Byrne’s remarkable, sample-based My Life in the Bush of Ghosts; the somewhat unwieldy A Bell Is a Cup Until It Is Struck and its ambitious, New-Order-on-haunted-ketamine-comedowns predecessor The Ideal Copy.

Many post-punk bands of the original era made patchy albums after their seminal debuts – Public Image Ltd, Killing Joke, and Gang of Four, for example (and a good helping more, but we would be here for days) – yet Wire’s work from 1987 onwards until their second hiatus in 1992 was, if not always successful, certainly always interesting. You could say much the same about Silver/Lead.

It perhaps serves as proof that not everything on Silver/Lead works. Not as engaging or involving as 2015’s self-titled album, you could easily end up feeling underwhelmed, thinking that the breathless dynamism that began with 2013’s Change Becomes Us has been abruptly halted.

‘This Time’, with its relatively clichéd intimations of doom and suspicion (“Some folks claim they know all the answers/ and for a price they share them with you”) spirals gloomily into muddled noise, at the slight expense of sounding like another, superior track, ‘Forever & A Day’. Likewise, the claustrophobic ‘Sonic Lens’ is less silvery and a bit more leaden. However, repeated listens reap rich rewards.

At first, Silver/Lead is a hard album to interrogate: it is wilfully dense, virtually all ten of its tracks uniformly progressing at a slow, considered, leisurely pace, as if underlining the fact that three-quarters of the band have a combined age of 191.

You can’t possibly expect men firmly in their 60s to replicate the shocking, thrilling ferocity of their debut. The driving, racing ‘Short Elevated Period’ certainly tries, delivering typically taut and economical punk rock. Lurking somewhere beneath it all exists an eccentric pop song in the same vein as 1979’s ‘The 15th’: the same inhaling breaths of synthesiser, the same whirling presence of reverb.

“Have you got an alibi?” queries ‘An Alibi’, a quietly threatening question conveyed in a very sleepy, defeated voice; its torrential if sedated cross-examination feels like a chore. That reads like a criticism, but it isn’t: ‘An Alibi’ rather brilliantly evokes what a prolonged enquiry feels like, augmented by its stoic melody, unchanging throughout, plodding on joylessly and determinedly.

A weary, fatigued mood even extends to Silver/Lead’s brightest tunes. The deftly somnambulant ‘Forever & A Day’ begins as brooding, Nevermind-esque grunge and slowly unfurls into a beguiling, unlikely love song. “Oooh darling, I want you to stay”, sings bassist Graham Lewis, “Forever and a day”. Distorted, buzzing guitars are entangled together alongside rich, airy synths that come in like a breath of fresh air. With some inevitability, a grave disquiet undercuts any sweetness: “Virtue’s been coupled, only shadows remain”, Lewis murmurs.

Some things never change: only stern, angular post-punks would let anxiety get in the way of unabashed romance. This is, after all, the band that wrote 1977’s ‘Brazil’. It’s the sole moment on Silver/Lead where you could accuse Wire of being self-referential.

For the most part, they continue their admirably forward-thinking approach to rock music, which, in itself, is the only constant thing about them. Four decades on, Wire are still the exact same band they were – supremely odd and ahead of their peers.