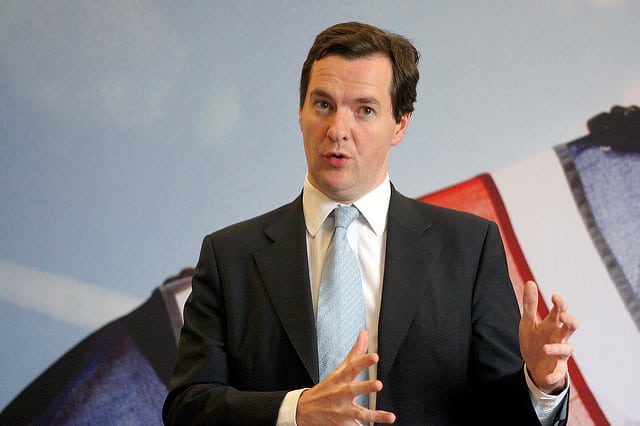 Former Chancellor of the Exchequer and new editor of the Evening Standard George Osborne has been appointed Honorary Professor of Economics at the University of Manchester.

The university announced the news, saying: “As Chancellor of the Exchequer, Mr Osborne was very supportive of Greater Manchester and the University, particularly in supporting the National Graphene Institute and Henry Royce Institute as important scientific centres for translating cutting-edge discovery into economic growth.”

The unpaid role will see Osborne, who oversaw the country’s budget in his role as Chancellor of the Exchequer from 2010-2016, “sharing his knowledge with staff and students by giving lectures, masterclasses and conducting informal visits.”

Moreover, the university added, “he has indicated his strong interest in continuing to support graphene and related research and applications.”

Since leaving the government last summer, Osborne has been the subject of much discussion thanks to his multiple lucrative post-government job opportunities, including his controversial appointment as Editor-in-Chief of the Evening Standard, and his one day a week, £650,000 per annum consultancy position for US fund management firm Blackrock.

Moreover, Osborne has been the chair of the Northern Powerhouse Partnership, a business lobby group he began in September, which aims to boost the North’s economy, and whose membership also includes Vice-Chancellor of the university, Dame Nancy Rothwell.

In announcing his new professorship, the university said: “His commitment to the North will be extended in his new role as an honorary professor as he advises University leaders on how Manchester can play an even greater part in the Northern Powerhouse agenda.”

George Osborne said: “I am bowled over by this honour. The University of Manchester was at the centre of so many things I tried to achieve as Chancellor, from the promotion of new science to the building of the links between this country and countries like China.

“It is also one of the jewels in the crown of the Northern Powerhouse.

“I remain completely committed to that idea that together the different communities in the North can work together so that the whole is greater than the parts — and I believe more strongly than I ever did that the entire county, including our capital, would benefit from a stronger North.

“That’s why I remain closely involved as chair of the Northern Powerhouse Partnership — and look forward to playing a part in the life of The University of Manchester.”

Vice-Chancellor Professor Dame Nancy Rothwell said of the appointment: “George’s decision to accept our offer of an honorary professorship is very exciting news for the University. He has been a leader at the top level of UK and world economic policy for many years and showed the vision to recognise the enormous economic and scientific potential of graphene to the UK.

“Our students and staff will benefit from all of this experience and he will be invaluable in helping the University to support the growth of our city and region.”

The reaction to the news, however, was not all positive, with some seeing his appointment as particularly galling given the university’s recent announcement of 171 redundancies.

The Facebook page Resist Restructuring Manchester, who started the petition calling on the Vice-Chancellor to scrap the proposed job cuts, asked: “So Mr George Osborne is adding another job to his list, whilst our staff face uncertainty with threats of 171 redundancies. Thoughts anyone?”

Students’ Union Education Officer Emma Atkins, reacting to the news, said it was “foolish of [the university] to appoint such an undeserving character to such a prestigious role after announcing 160+ staff cuts,” and added, posting on her Facebook page: “This is a joke.”

“How can Manchester honour this man whose track record over ‘Economics’ was abysmal? I bet Economics students at Manchester would have something to say about being associated with him…,” making reference to the Post-Crash Economics Society, whose globally-recognised campaign aims to fundamentally change the way that Economics is taught at universities, in light of the financial crash.

Continuing, Atkins stated: “OK, he worked for the Northern Powerhouse and ‘supported’ the Graphene Institute but does that cancel out his abject failure over the economy for 6 years, driving ideological and unnecessary austerity which inflicted severe hardship on millions and humongous cuts to vital public services? Which has since been backtracked by the current Chancellor?

“Worst possible example of contemporary ‘Economics’, and so much for UoM’s boasting about its self-proclaimed ‘Social Responsibility’ principles. Our Vice-Chancellor Nancy Rothwell said that ‘Our students and staff will benefit from all of this experience and he will be invaluable in helping the University to support the growth of our city and region’… just painful.”

On Twitter, writer and political commentator Harry Leslie Smith, @harryslaststand, posted: “Making #GeorgeOsborne editor of the Standard & now an economics lecturer at Manchester Uni tell us the 1% are laughing in our faces.”

He added: “I hear University of Manchester has also made the captain of the Costa Concordia a lecturer on cruise ship navigation. #GeorgeOsborne”.

Comedia Sean Leahy, @thepunningman, posted: “All this time we were worried about robots and immigrants taking our jobs, when the real threat is George Osborne.”