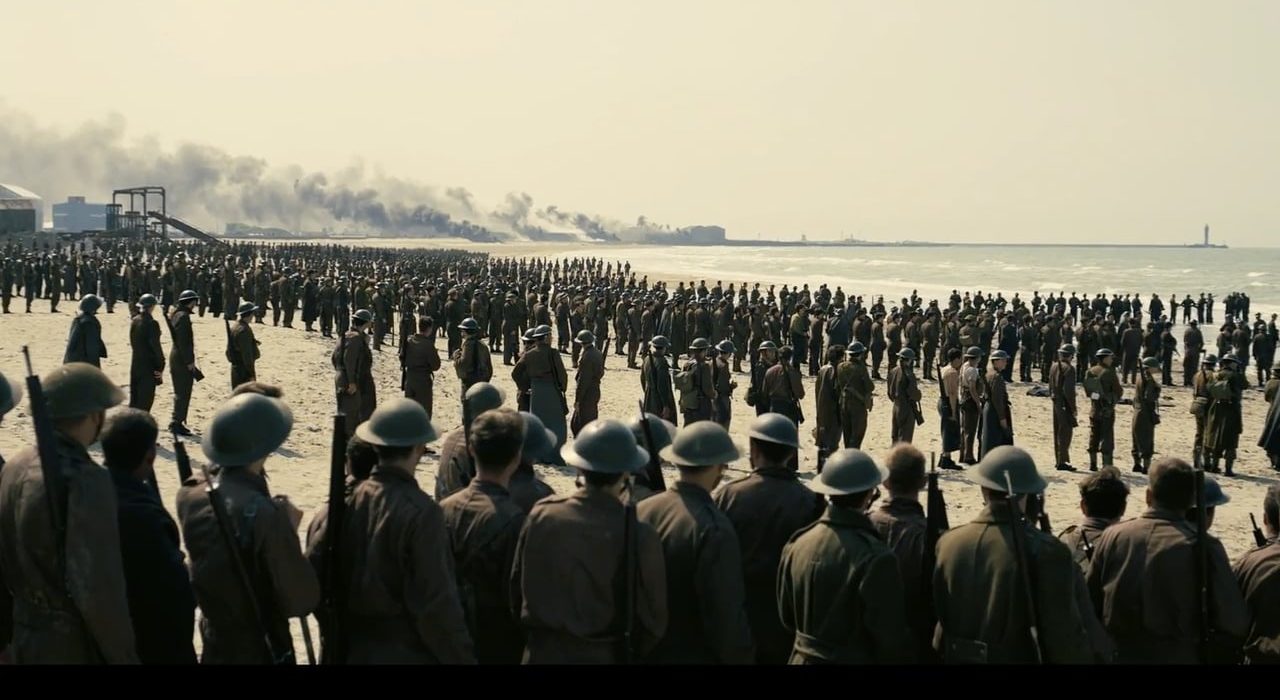 Back in 2015 when Christopher Nolan announced his next work would be Dunkirk, I could not help but feel a twinge of disappointment.

My initial thought was that a ‘war epic’ would be wasted on a director with such an impressive back catalogue; his vast array of mind-boggling films broke the cinematic mould.

Inception (2010) proved that film-makers don’t need stoop to Michael Bay-esque levels of dumbing down in order to attract the popcorn audiences, and his latest film Interstellar (2015) continued in the same vein.

My main concern was that the only recognisable features of Nolan cinema in Dunkirk would be the grittiness or the intensity of both the film’s plot and look.  In a film based on a true story, how much creative freedom could Nolan really have?  Fortunately, these qualms were dispelled almost immediately.

Dunkirk is based on the real life events of the Dunkirk evacuation during World War II. Hundreds of thousands of Allied troops sought to retreat across the channel back to England, having been cornered and pushed back by Nazi forces.

In an attempt to ensure the success of the evacuation, a flotilla of hundreds of civilian boats, from fishing boats to pleasure yachts, sailed out to ferry the soldiers back to the southern British coast.

Nolan’s dramatisation of the events follows four different characters’ narratives: Mark Rylance’s Mr Dawson: a mariner who sets out in his own boat to rescue troops. Then, Tom Hardy’s RAF pilot Farrier and Kenneth Branagh’s Commander Bolton – the leader of the evacuation from the pier.

Yet it is Tommy, played by the fresh face of Fionn Whitehead, who steals the show and who is without a doubt the film’s true protagonist.

Whitehead’s Tommy, joined by Harry Styles’ Alex and the eerily quiet Gibson (Aneurin Barnard), are the focus of the film. They portray three young British soldiers who are fighting to overcome physical and mental torment.

Sceptics of Styles’ casting will be silenced as the One Direction poster boy pulls off a dynamic and convincing performance.

Big screen debutant Fionn Whitehead also has a bright future ahead of him after grasping the limelight through an understated yet heroic characterisation of a young boy who just wants himself and his fellow soldiers to go home.

However, Dunkirk‘s constantly changing storylines allow the audience to take a breather from Tom Hardy’s nail biting dog fights with Nazi bombers, and from Tommy’s desperate attempts to escape enemy gun fire, without the film losing focus or tempo.

This tempo is coupled impeccably by the metronomic score of regular Nolan-collaborator Hans Zimmer, producing arguably his greatest work yet.

Substituting the adrenaline pumping ‘Inception-horn’ for an omnipresent ticking of a clock, it is this sound which forms the centre of the film’s musical themes, and almost acts as the heartbeat of the film’s events.

Just as all Nolan’s films are, Dunkirk is visually breath-taking.  After the CGI heavy Interstellar, it is a relief to see the director now minimising the use of computers for his effects and big set-pieces.

It is always refreshing to see Hollywood auteurs avoiding the use of CGI, especially in a summer where Wonder Woman, Spiderman: Homecoming and War for the Planet of the Apes, whilst impressive, have been dominated by computerised explosions, creatures and landscapes.

Nolan even used cardboard cut outs of soldiers and vehicles to add to the illusion of there were over 300,000 troops on the beach, as opposed to the 1500 cast members.  There truly is an authentic feel to the visuals in Dunkirk, which just goes to amplify the sheer potency of the film’s most tense and thrilling moments.

Akin to in his crime-drama Insomnia (2002), Nolan has proved he does not have to use the fantastic or the psychologically thrilling to put his creative signature on a film.  Visually stunning and with a seamlessly interweaving set of narratives, Dunkirk is a must-watch.  Come awards season, it could prove to be a heavy hitter.