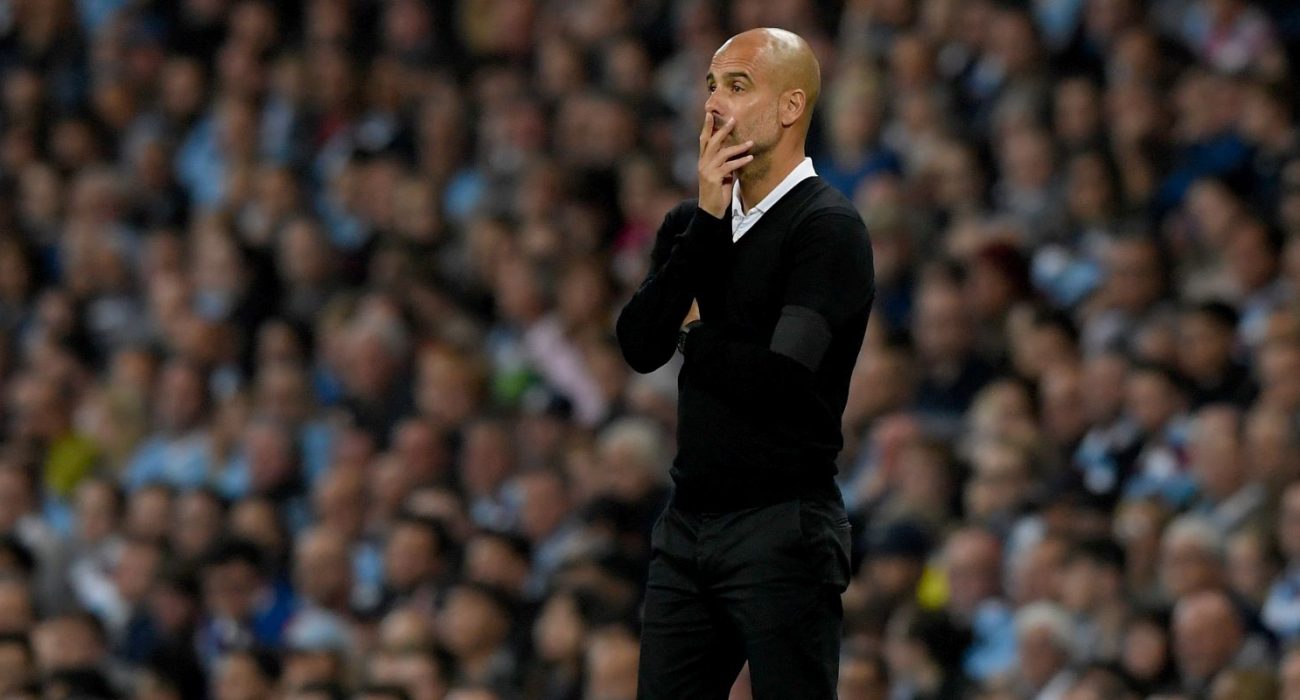 The ex-Spurs man was making his home debut and after a relatively anonymous opening half an hour, Walker was centre stage as he saw red for alleged elbow. Replays showed it was a harsh decision but Walker, who was already on a booking, should not have given the referee the option.
Losing the right wing back had a significant impact on Guardiola’s 5-3-2 and how he intended to break down Everton’s strong, organised back five. Half time saw the Catalan shuffle the pack, sacrificing Gabriel Jesus in favour of Raheem Sterling who could fill in on the right flank but with the loss of a striker, City lost an incisive edge to their attack.

With as many world class midfielders as City have there was no real doubt about who would control the centre of the pitch. City’s passing ability made them able to pen the Everton pack five into the area surrounding the box, whilst the likes of Kevin De Bruyne and David Silva operated in between the lines of Everton’s midfield and defence.

City were forced wide. (Outside of the Boot)

The man who struggled for space to operate was Sergio Agüero. Everton’s back five allowed one of the three centre backs to always be marking Agüero while the other two marked the space around him.

With Agüero’s striker partner now off the field, the defenders had no problem covering one man between the three of them. The lack of a direct attacking outlet through Agüero forced City to spread the ball wide where their crossing was poor and ineffective. Opting for high passes instead of low drilled ones to Agüero’s feet.
With both Jesus and Agüero on the pitch, it stretched the back three of Everton and forced gaps. This was only going to happen more often as Everton tired and a quick one-two using this space was always likely to create chances but with just the one striker, Agüero found it difficult to find any opening.
The game changed back into City’s favour with the introduction of Danilo as it then allowed Sterling to come inside and play more as a second striker than a right wing back. With Sterling cutting in, the back five of Everton finally became more stretched and allowed the City winger a sight of goal. The finish was poor but the sign was there that a goal was coming. In the end, the equaliser for the home side came when Holgate headed the ball onto Sterling’s foot and the City number 7 rocketed the ball into the corner.

The goal came as a relief for both Guardiola and the fans as they stared another disappointing result in the face. Too many times have City dominated the game but failed to take their chances and the joy on Guardiola’s face when Sterling found the net was demonstrative of this.

A man down, Guardiola opted to sacrifice a striker but you do wonder if it would have been more wise to sacrifice one of his midfielders. Granted it would have meant a loss of some control in the team but it would have kept that two-pronged attacking threat that was looking dangerous in the opening stage.