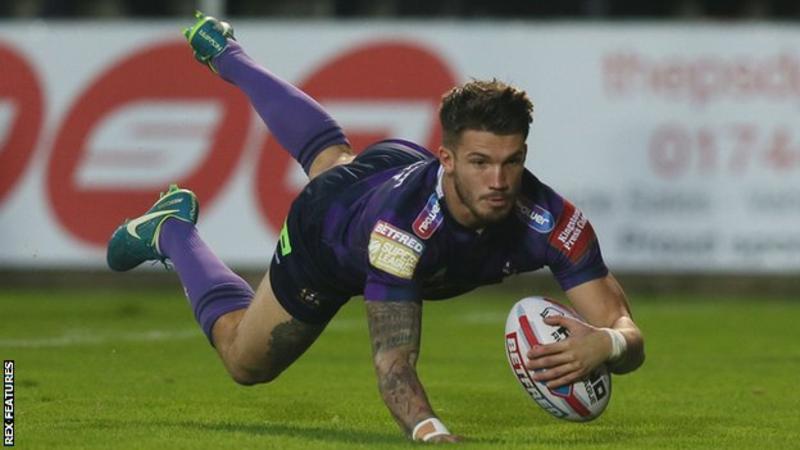 After the disappointing defeat to Hull FC at Wembley the previous weekend, the Cherry and Whites confidently surged to a much needed victory against local rivals St Helens.

Two early tries from Oliver Gildart appeared to sucker punch Saints, who were fired up upon the debut of full-back Ben Barba.  Justin Holbrook’s side were consequently playing catch up for the full game, failing to ever draw level.

Debutant Barba was donning the badge of The Red V for the first time, after serving a 12 match suspension which had been carried over from his failed drug test in the Australian National Rugby League.  Despite marking his debut with a try in the 21st minute following a mazy run, he had a catastrophic opening to the match. His wayward pass was cut out by Joe Burgess who released Gildart, leading to the second of Wigan’s tries in the first five minutes.

Fan favourite Anthony Gelling went over to score early in the second half, but it was George Williams — making his 100th appearance for the Warriors — who dealt the knockout blow, touching down a minute later.  Williams finished the game with five conversions, and was responsible for over half of his team’s points in a game which was a must-win for the Lancashire side.

Wigan now stand one point behind fourth placed Wakefield Trinity, and two points behind Challenge Cup champions Hull FC.  Their hopes of play off qualification are much brighter than those of Saints, who are three points behind the last qualification spot, with Salford Red Devils and Huddersfield Giants breathing down their neck.  With a mere three games left to play in the Super 8s, things are looking desperate.

Saints’ next game is against Wakefield.  They would be doing both themselves and Wigan a massive favour by emerging victorious against the West Yorkshire side.  Wane’s side have the opportunity to avenge their cup final defeat, travelling to the KCOM Stadium a day later.  Whilst the Warriors can possibly afford to drop points in one of their remaining fixtures, Saints coach Holbrook is well aware that his team must win all three.

Man of the match: Sean O’Loughlin

The Wigan Warriors veteran once again proved why he is a club hero.  One of several players who were suffering from illness in the days leading up to the game, the Wigan captain was outstanding and typically ruthless.  He played for a straight 56 minutes before being subbed off, and then returned to instil calm in his side, keeping them on course for a vital and hard-fought triumph.