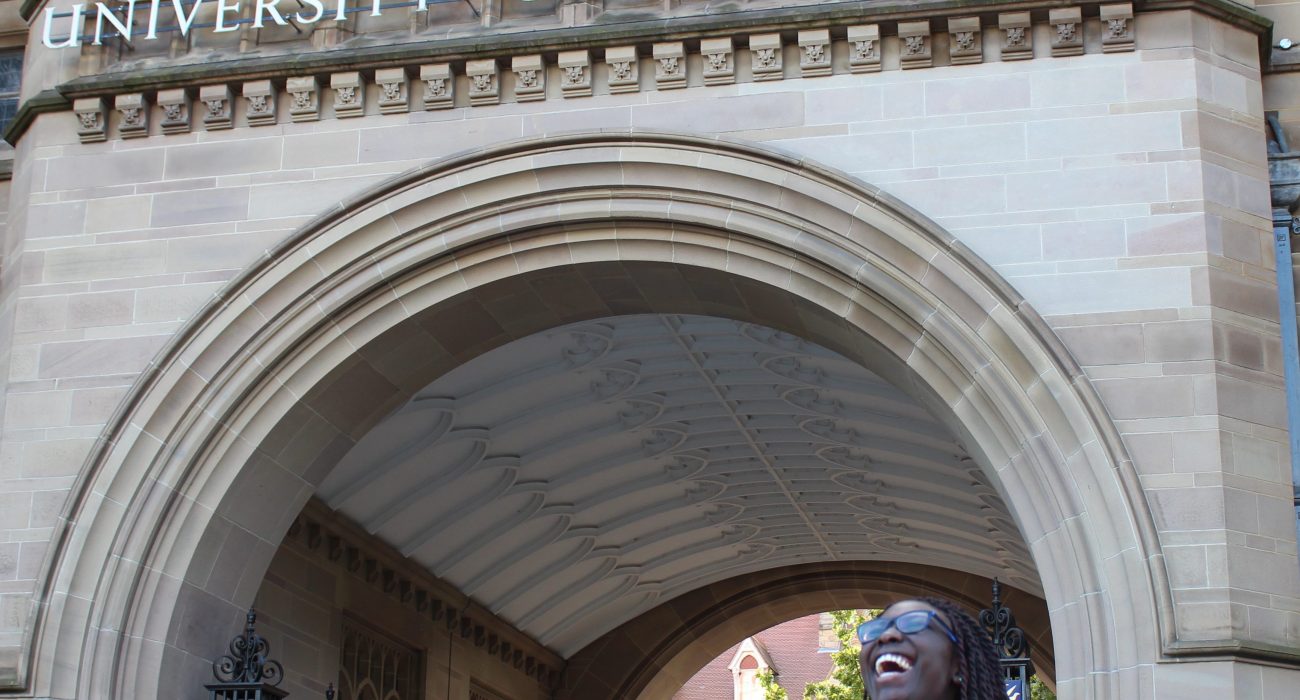 A student set to study Physics at the University of Manchester is only able to do so because of the donations of strangers.

Agnes Harding, who was born in The Gambia, but who has lived in the UK since the age of four, finished sixth form in Dagenham in the summer of 2016. With hopes of becoming the first British black, female astronaut, she applied to do Physics at lots of prestigious universities.

After getting three As at A-level, she received offers from four Russell Group universities, but opted for Manchester and applied for student finance like everyone else in her class.

She was then told that because she had not been living in the UK under ‘Ordinary Residence’ for over three years, she was not eligible for a student loan.

‘Ordinary residence’ does not have a definition as set by Government. It is the phrase used to imply that a person — or, more specifically, an immigrant — lives in the UK habitually for either a long or short duration. It essentially allows immigrants to the UK to reside there for two and a half years, and you need to be an ordinary resident for a decade before you receive indefinite leave to remain, and then British Citizenship.

Speaking to The Mancunion, Agnes said that the discovery that she could not apply for a loan left her “heartbroken.”

She explained that without the student loan amount, she would not be able to afford to come to the University of Manchester, but that she would have allegedly been eligible had her family’s application for ‘Ordinary residence’ been processed in a year — she told us it took four years to be accepted by the UK Government. She chose to take a gap year first to figure out what she could do.

She was then encouraged by her aunt to set up a crowdfunding website. After initially getting off to a slow start, her story was picked up by Dispatches on Channel 4, and the night that documentary aired, her fund went from £4000 to £14,000.

The messages she received from donators had her “smiling from ear to ear” and that the words of encouragement she received were unbelievable. People were writing: “You are British, you are one of us, we need more people like you.”

Agnes is starting her Physics degree next week and hopes to be an astronaut one day – Photo: The Mancunion

But Agnes is not the only one with a story like this. Up and down the country there are many international students who are not eligible for student finance and therefore cannot afford to go to university.

Let us Learn, a charity that has helped Agnes prepare for university, estimates that 1000 people are affected by this problem each year nationwide. The charity has helped 770 prospective students who find themselves in this position since 2014.

A spokesperson for Let us Learn explained that “Our numbers were extrapolated from a study by COMPAS at Oxford University that estimated there were 120,000 ‘irregular migrant children’ in the UK, who were largely either born here or who migrated here at a young age.”

The Students’ Union Diversity Officer Riddi Visu told The Mancunion that she’d like to “congratulate [Agnes] on her successfully crowdfunding” of her first year, but that Agnes’ story “disappoints” her.

She continued that “as a union, we are committed to fighting for an education system free at the point of use for all as we believe that education is a public good.”

“We believe that this case is an example of how the funding system is grossly unfair, especially for international students. Whilst as an exec team we will continue to support the cause of free education in the short term we should at least start working on the easing the restrictions associated with accessing public funds.”

She finished by telling us that the executive officers at the Students’ Union will “look at other ways of improving the funding opportunities available to address this problem.”

The University of Manchester has so far not responded to The Mancunions’ request for comment.