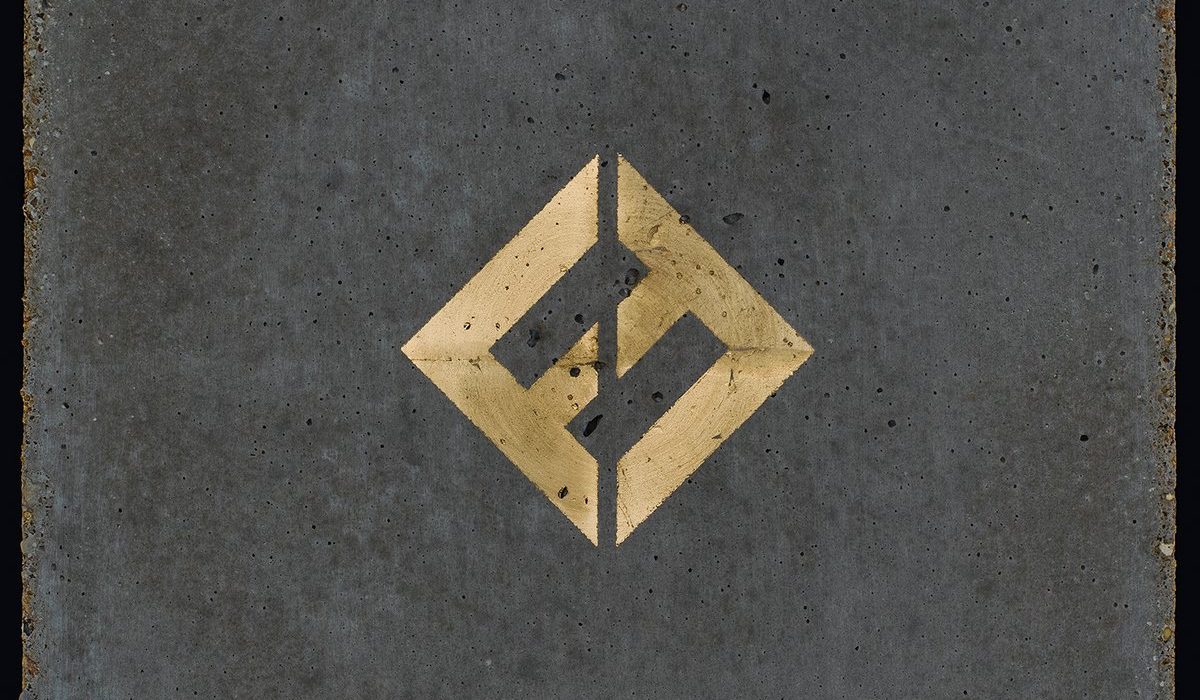 Foo Fighters are over 20 years old now. Let that sink in.

It’s impressive that they’ve maintained such a dedicated consistency in material and delivery over the course of their career, in no small part due to the vividness of David Grohl’s vision.  His dedication to hard rock-and-roll combined with glitzy accessible pop staples is like… well, Concrete And Gold, actually.

You certainly can’t fault the Foo Fighters’s resolve, and although it’s still difficult to actively dislike the group themselves, the material on this, their ninth studio album, doesn’t get let off quite so easy.

To cut right to the chase, Concrete and Gold’s tracks are hit and miss; not to the extent that they’re dreadful songs, but in that they consistently underwhelm after the initial impact of their first few minutes. There are a few crucial symptoms to the illness.

First and foremost is the predictability of the album. Nearly every track follows the same structure. Like the beats in a Marvel movie, it recycles the same plot points over and over and expects you to feel just as elated as the first time you hear them.

For example, there are at least 2 occasions where the band tries to pull off a folky misdirect, starting gentle then ambushing you with a wall of amp-bursting guitars. They do it on ‘T-Shirt’, then again on ‘Dirty Water’, and are clearly tempted to do it thrice on ‘Happy Ever After’.

Although this structural shift works on the tracks individually (‘Dirty Water’ is by far the most interesting track on the album), as a whole, it makes the album predictable. We’ve heard the punchline to this joke already: you can’t tell it twice and still expect a laugh.

And speaking of oral delivery, Grohl’s lyrics are another drawback to this album. Increasingly, the once fiery teen who led a revolution in 90s rock is relying more and more on tried and true clichés when it comes to his poetics, and it just edges the material that much closer to becoming really corny dad rock.

There are highlights of course: ‘Run’ is fun, and the lyrics for ‘The Sky Is A Neighborhood’ and ‘Dirty Water’ feature some nice extended metaphors about storms and communal strife, but for every high there’s a low.

The half-arsed attempt at a political statement in ‘La Dee Da’ is the most dire: “Turn up the American ruse…white house, death in June”. Really?

It’s not so much the fact Grohl tries to address the turmoil in American politics, it’s that he has nothing meaningful to say. It’s akin to throwing in a funny meme reference in a conversation, you’re not really saying or inventing or contributing anything, you’re just perpetuating an idea someone else has had without engaging with it on any meaningful, creative level.

The final problem is the production. Yes, it’s glossy and full, all the instruments sound great, indeed this might be the best sounding Foo Fighters record since Echoes, Silence Patience and Grace. However, the album is so oppressively loud most of the time, with little to no dynamic shift between the verses and choruses, that unless you were off your face AT a Foo Fighters show, or had an allergy to music under a certain decibel level, you’d find this album very hard to listen to continuously.

As talented a producer as Greg Kurstin is, I can’t help but wonder if it’s his pop-flex muscling in on the quality of Concrete and Gold. In truth, the aforementioned ‘folky-misdirect’ tracks on the album are the most listenable only because they have some semblance of sonic variety.

The tracks are so thickly stacked with instruments for so much of the time that they have nowhere to go. They start on 11 rather than starting on 10, leaving no headroom for the tracks to grow. Old Foo Fighters tracks had light and shade, peaks and troughs. Concrete And Gold is like Salar de Uyni in Bolivia: really fucking high, and really fucking flat.

Despite these drawbacks, I wouldn’t say this album is hateful. As I said earlier, the performances are still phenomenal, and the band do take some risks and bring in some new elements that pay off.

Although it somewhat contributes to the flatness problem, the chunky synths interspersed throughout are a welcome addition to the band’s palette, and it’s nice to hear Taylor Hawkins’ vocals again on ‘Sunday Rain’.

What’s more, the features this album boasts all mesh superbly with the texture of the album; I genuinely didn’t imagine adding Boyz II Men’s Shawn Stockman to proceedings would work, but lo and behold it sounds great. And of course there’s some rock royalty in there to in the form of The Kills’ Alison Mossheart. All these additions make things more fun, basically.

Concrete And Gold is an album that will certainly please die-hard Foo fans, but holds little of interest to anyone outside of that sphere who’s looking for music with a little more invention or depth. The playing is excellent, the production, whilst squashed and compressed, sounds huge and rich, and the featured artists, generally, are exciting editions to the band’s canon.

That being said, why they decided to include Paul McCartney playing drums is beyond me. Paul McCartney sucks at drums. Shout it from the rooftops. His playing on the album is one of the worst bits about it.

Overall, this is a largely accessible, Concrete and Gold shows underwhelming effort from the Foo Fighters. They take some admirable risks, some pay off and some don’t, and even if you don’t enjoy the album, it’s reassuring to see that people still love a good old fashioned blast up with some nice blokes who can still kick some amount of ass this late into their career.