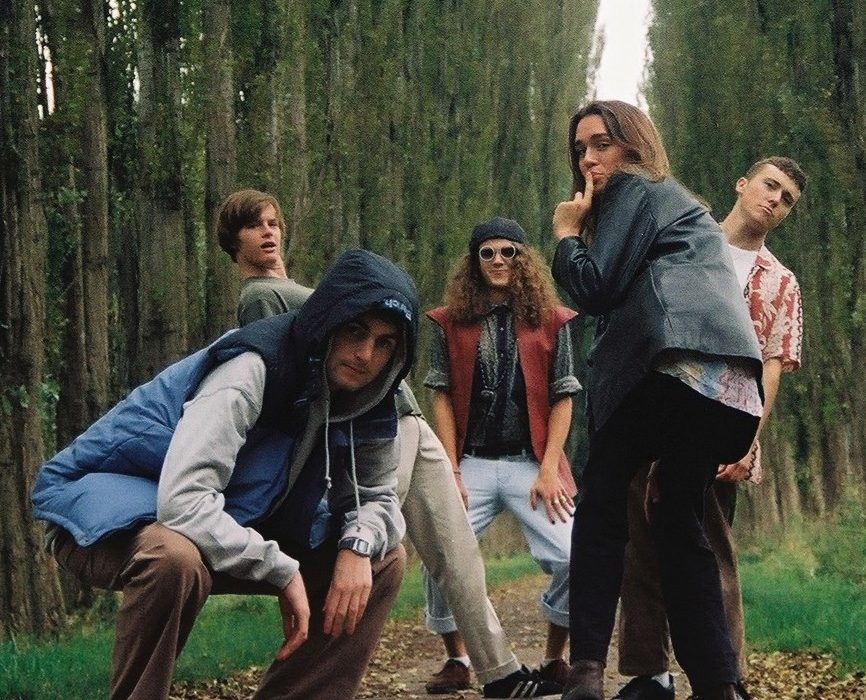 I recently met up with the student band Pleasure Barge at their Fallowfield digs. Immediately, I could see what the band was all about. There were instruments strewn around everywhere, framed photos of Prince adorned the walls, and stacks of crusty old Playboy magazines propped up a giant collection of vinyl.

The guys — Leon, Cameron, Lawrence, Ludo and Buddy — were chowing down on pizza and spitting out reels of jokes.

These guys were obviously good mates, which reflected in their purpose behind the music. “We just want to have the freedom to play what we want and to make people happy — And to support Slash at some point,” was the answer behind why they formed.

All music lovers, they’d got together earlier on in university to create their Psychedelic Funk outfit with influences ranging from Guns N Roses’ rock to New Order disco to Frank Zappa’s insanity. They “recommend earplugs when going to one of our gigs.” That’s a statement not to be taken lightly.

In summer, the group practised over ten hours a day, giving King Gizzard and the Lizard Wizard a run for their money. They said that their hard work could only have been possible because they’re all good mates.

This was the focus of the advice that they gave out to new students to Manchester: “go out and meet people, you never know what you might find.” If not for that, they say they would never have been invited to play a cultural festival at the University of Manchester, where they gained the motivation to carry on playing gigs. They also think that Manchester is the perfect place for student bands, “loads of venues everywhere will let you perform.”

Asked about memorable gigs, Pleasure Barge struggled to narrow it down. “There’s always a bra thrown at every gig. An oyster card was thrown once!” A couple places that they really want to play at next are Band On The Wall and Gorilla — so watch this space!

They did, however, send out a word of warning, as some establishments don’t treat student bands with the professional respect their hard work deserves. A few bad experiences had seen them out of pocket for performances.

But on a lighter note, they did end with the good advice that “recording music and playing gigs and getting on the internet is the most important thing to do for a student band.”

To follow Pleasure Barge, check them out on @therealbarge or /therealbarge/. They’ve also got an EP out soon with all new material and are playing at Favelas in the Northern Quarter for Oxjam on the 29th of September.

Oh, and if you do see them, make sure to ask them their opinion on RATBOY. They’re big fans.