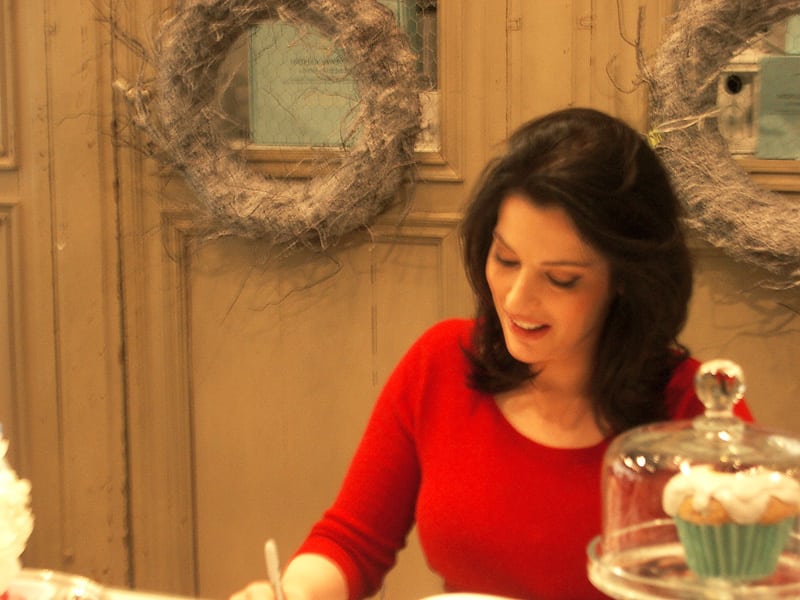 From the 6th of October, Manchester will once again be welcoming a selection of internationally acclaimed writers to its annual Manchester Literature Festival.

Previously, the Manchester Literature Festival was host to its own legendary Johnny Marr, author of White Teeth Zadie Smith, fashion designer, activist, and author of Get A Life: The Diaries of Vivienne Westwood, Dame Vivienne Westwood, and Children’s Laureate Michael Rosen, along with many other famous visitors.

Although the festival has had eight years of brilliant lineups, with this year’s diverse range of writers, it will certainly not fail to impress again!

Comedian Sarah Millican opens the festival with an invitation to a discussion of her debut book How to Be a Champion. The event held on the 6th of October at Royal Northern College of Music (RNCM), is hosted by poet and comedian Kate Fox and promises to be a laughter-filled, uplifting evening with her colourful anecdotal stories.

Fellow comedian Alan Carr says of the book: ‘Just like her stand-up: nothing is off limits, honest, candid, but most of all laugh-out-loud funny’.

In contrast, seasoned writer Nadeem Aslam, who has often been the focus of many literature students’ study of the South Asian diaspora, will be also be visiting Manchester this year in light of the release of his new novel The Golden Legend.

Author of the heart-wrenchingly beautiful book Maps for Lost Lovers which won the Kiriyama Prize and the Encore Award will join Elif Shafak on Sunday 15th October at 2 pm at the Central Library.

Turkish novelist Shafak, whose work has been translated into over forty languages, will discuss her latest novel Three Daughters of Eve which The Guardian has rendered ‘a rich journey into romance and religion’.

The following day, world-famous television broadcaster and historian Simon Schama will be in conversation with Erica Wagner discussing the second volume of his series about Jewish history The Story of the Jews, Volume Two: Belonging: 1492-1900 at RNCM.

This continues his important exploration into the displacement and identity politics of the Jewish people. Another television personality, arguably less literarily inclined to write rich and historically relevant texts like Schama, Nigella Lawson is in conversation with Jeanette Winterson on 20th October at RNCM to discuss her forthcoming book At My Table for all you foodies!

Also in conversation with Jeanette Winterson, on Tuesday 17th October at the Martin Harris Centre for Music and Drama, is renowned author Kamila Shamsie – a welcome new addition to our University’s Center for New Writing team, who has written over six critically acclaimed novels including Burnt Shadows (2009), Broken Verses (2005) and Kartography (2002).

Shamsie’s latest novel Home Fire (2017), which has been longlisted for the Man Booker Prize this year, is available to buy now. Said to be a contemporary reimagining of Sophocles’ Antigone, it explores issues surrounding Jihad, identity, and sacrifice, and this novel is undeniably yet another example of Shamsie’s unrivalled, luminous prose.

The festival ends on 5th December @ Martin Harris Centre for Music and Drama with contributions from Scottish writers, Jackie Kay and Ali Smith. Celebrated author Ali Smith, whose novel Autumn has been shortlisted for the 2017 Man Booker Prize, introduces her forthcoming novel Winter (2017) which is the second part of her Seasonal Quartet. Jackie, current Scottish poet laureate and Chancellor of the University of Salford,  will share extracts from her poetry collection Bantam.

In addition to visits by prolific writers, there are several spoken word events showcasing work from people of many different backgrounds. One such event is Poets of the New Generation on 22nd October at Gorilla, showcases the work of four poets from BAME backgrounds.

Similarly, The Things I Would Tell You on the 15th of October presents the work of 22 British Muslim Women writers who challenge warped ideas and stereotypes surrounding what it is to be a ‘Muslim woman’. Also, The Writing Squad – 6 Minute Reads on the 17th of October at the previously mentioned venue is a show involving children from Manchester’s Schools presenting their 6-minute creative pieces. This lighthearted event is also part of the Read Manchester campaign.

Visit www.manchesterliteraturefestival.com for more information and to book tickets.