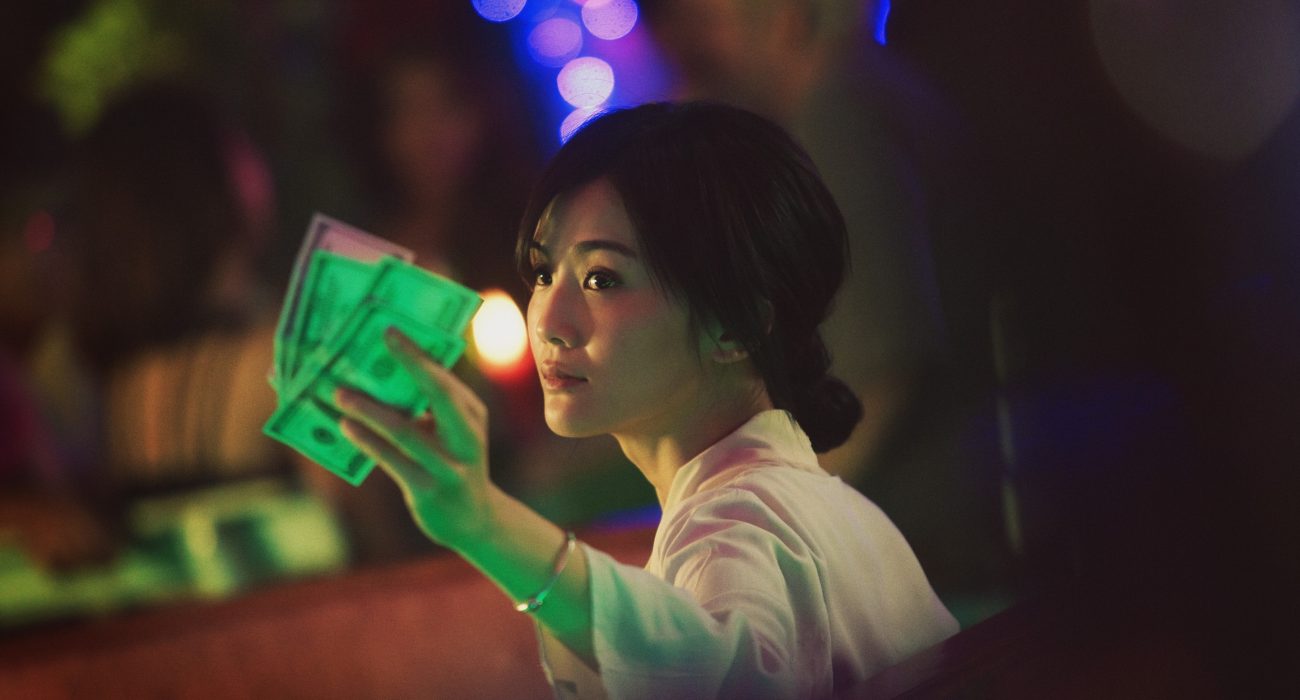 From the onset, Yau does not disappoint, choosing to open Sara with a vivid depiction of the titular character being sexually abused by her stepfather as her mother does nothing to stop him. This results in a rather naïve 14-year-old Sara Ho (Charlene Choi) running away from home and finding refuge in parks or 24-hour food joints. At this point, she meets the good-natured Kam Ho-yin (Simon Yam) and embarks on a rather unconventional and predictably destructive relationship.

Cut to present day and Sara is now a journalist working on an exposé piece. Betrayed by her boyfriend, she leaves for Chiang Mai. Here, she meets Dok-my (Sunadcha Tadrabiab) and becomes increasingly interested in her story; that of a young girl selling herself for money to provide for her family – a harsh yet cruel reality for many.

The film is based on Yau’s personal observations in Thailand — a country infamous for its sex industry. He states that he wanted to shed more light on the age-old industry but wanted Sara to be more of a commentary on real issues that will hopefully raise the audience’s awareness; it’s no wonder then that Dok-my’s character is from Thailand.

Yau manages to successfully bring the two narratives together by paralleling Dok-my’s story of underage prostitution with the abuse that Sara suffered with during her childhood. Both are characters that essentially sell themselves in the hopes of pursuing a better life but one is painted as much“glossier” than the other. Sara pays Dok-my to reveal her story for an article before going on to help Dok-my escape her life; perhaps, this is Sara’s way of facing her own past but it is evident that the naivety of teenage Sara resurfaces in assuming that she could protect Dok-my. This is made abundantly clear when Dok-my runs away from her new home.

Sara and Ho-yin’s relationship is one that is problematic from the beginning. The teenage Sara exchanges sex for a spot in a grade 1 school. Whilst it’s easy to empathize with Sara’s story, Ho-yin – a middle-aged man – is a character I feel ambivalent about; it is unclear if he truly does have feelings for Sara or just using her for sex. This is further emphasized by the fact that he never makes their relationship public and is good at keeping his personal life private; Sara spies on him briefly only to discover he is a married man with a family and a devout Christian.

The relationship is a clear abuse of power on Ho-yin’s behalf but Yau is excellent at making you forget the morality of this by portraying the two as having genuine feelings for each other. At times, you find yourself wanting the relationship to work out despite the foundations upon which it was built on. Still, the film is not merely a simplistic portrayal of Sara being a victim, as she then exploits Dok-my for her story.

Despite the hard-hitting storylines of both Sara and Dok-my, Yau chooses to end the film optimistically, showing that there is a way of getting information out into the world without it being filtered through corrupted institutions. However, this does little to gloss over the fact that the film does not tell you a lot about the industry itself, which possibly stops it from being a much more memorable and poignant film. My main concern is that the little that is portrayed is somewhat overshadowed by Sara’s and Ho-yins unconventional relationship.

Sara is a compelling film highlighting the true exploitation faced by many around the world with remarkable characters and great acting by Choi but just falls short of being unforgettable.