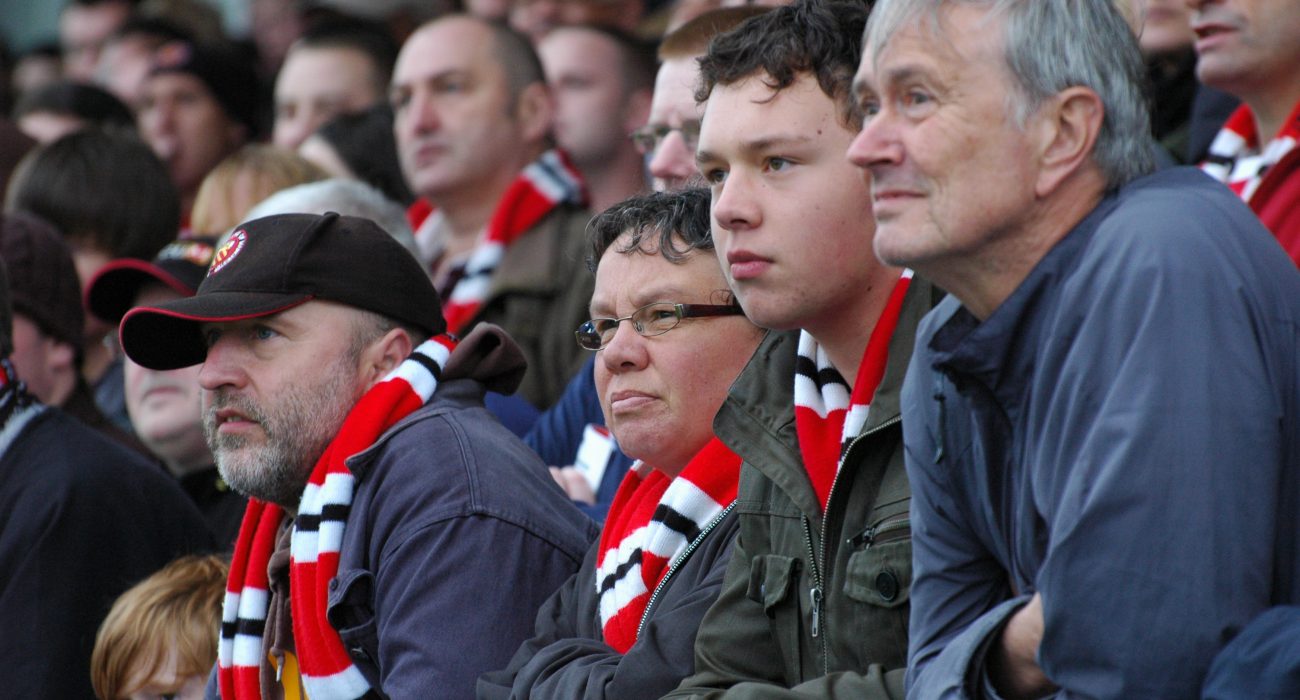 This weekend saw the fourth qualifying round of the FA Cup and fans of United — no not that one, the other one — will be disappointed to see their club knocked out. Had they won against AFC Telford they would have progressed to the first round proper for only the third time in their twelve year history.

The club’s history is quite the interesting one. Founded in 2005, it was born from the strife and frustration of Manchester United fans. While there were several issues causing the dissatisfaction, the Glazer takeover in 2005 was seen as a step too far, and fanzine Red Issue proposed a new club be formed.

The initial name FC United was rejected for being too generic and a vote from supporters decided upon FC United of Manchester. In the twelve short years they’ve been going they have surprisingly managed to reach the second round of the FA Cup, beating Rochdale. Their run ended there though as they came up against now Premier League side Brighton.

Although the scoreline this weekend was 3-1, the game was anything but one-sided. Neither side managed to find the back of the net in a tense first half; both teams desperate to continue their cup run. Just before the hour mark, Marcus Dinanga scored for Telford, but their lead lasted a measly 15-minutes before United managed to claw one back.

The tempo picked up as both teams wanted that glorious last-minute winner, but a rash decision led to a Telford penalty in the 92nd minute. Rob Edwards walked up to the penalty spot with the weight of all 155,000 Telfordians on his shoulders.

He did not falter however and converted the spot kick to make it 2-1. In an attempt to claw the game back, United were left exposed at the back and Telford’s Jordan Lussey secured their victory to make it 3-1. Far more comfortable a scoreline the game warranted.

The disappointment is especially bitter given the manner in which FC United progressed from the third qualifying round. Drawn against Stockport County, they found themselves 3-0 down but showed great strength and resilience to come back and draw the game 3-3, forcing a replay.

Manager Karl Marginson wasn’t content with his team rising from the ashes of defeat like a phoenix just once and wanted to prove his team a force to be reckoned with. After getting two red cards in the first half, every fan in the stadium was expecting a thrashing, Marginson knew though that his team were now in their element.

Goalkeeper Lloyd Allinson put in an incredible shift singly handedly keeping them in the game. Against all odds United scored late on from Tom Greaves. It was by no means a good goal, but it was enough to take them to the next round of qualifying.

They may no longer be in the FA Cup but students can still see United play at their ground at Broadhurst Park in the National League North. Sadly they need all the support they can get hanging in 20th position, just inside the relegation zone one point from safety.

Their next game is away at Chorley but on the 28th of October, you can see them play Nuneaton Town in a bottom of the table clash. Tickets are £6 with a valid student card, or £10 without, and while the quality isn’t quite Premier League, it is well worth a visit.