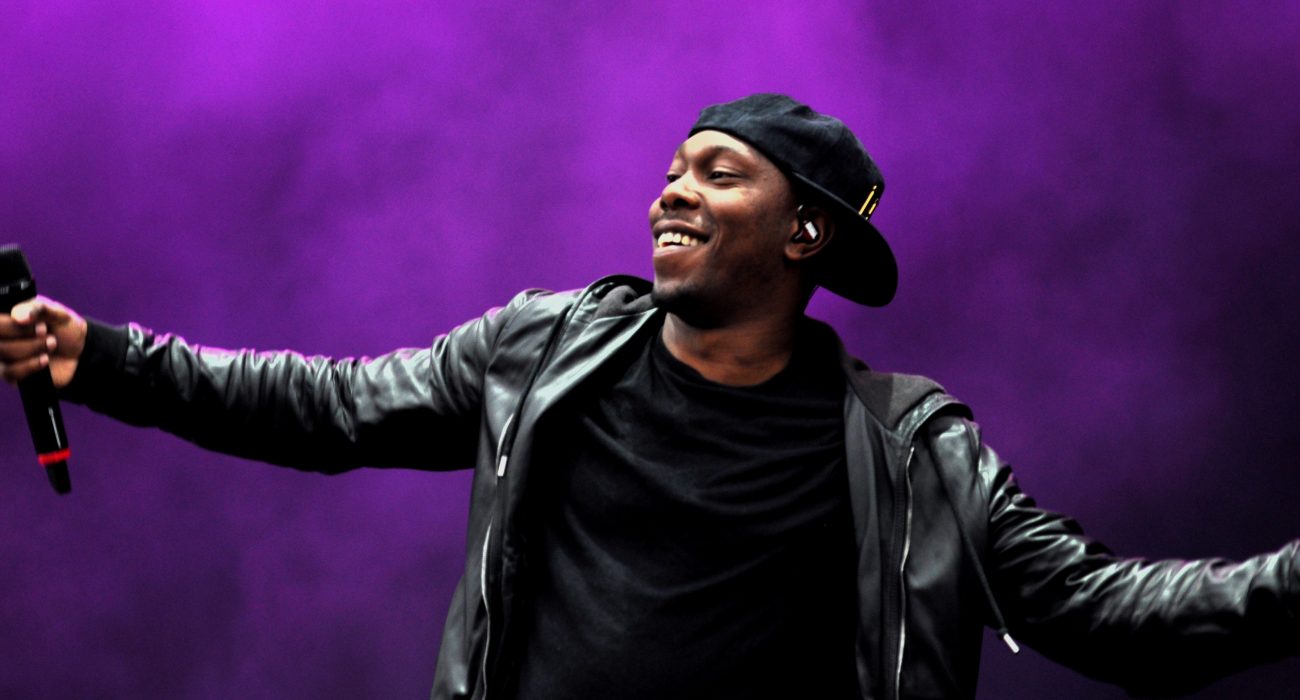 When you combine one of the most energetic grime artists who’s been around since 2003 with the manic audience of Manchester, you’re in for an explosive show. To quote my buddy Max: “It was a two-hour sweat-fest of absolute madness.”

It’s fair to say that Dizzee Rascal has become a household name in the UK; earning the number one spot in the British charts five times is sure to warrant you the status of a modern grime icon. For goodness sake, even my dad knows who Dizzee is.

Following an average warm-up from Donae’O, who made it very clear that his mixtape Sixteen is out now and that we should all stream it on Spotify and Apple Music, the star of the show came on to a roar from the crowd at Academy. The room was absolutely packed and the audience was buzzing, we couldn’t wait to get moshing.

Dizzee opened his set with ‘Space’ which was very well received. The lyrics were echoing around the room and the crowd even spoke along to the outro of the song, the famous quote from JFK’s speech on the moon landing: “We choose to go to the moon in this decade and do the other things, not because they are easy, but because they are hard”.

The show raged on with a nice blend of some songs off Raskit, his latest album, and his classic bangers that range all the way back to his debut LP Boy In Da Corner. ‘Heavy’ hit HARD — the bass for that track was overwhelming, some girls next to me were miming to each other that their ears hurt. I was definitely thankful to be wearing plugs  — which I cannot recommend enough, stay safe out there, kids!

Of course, his collaboration with Calvin Harris, ‘Dance Wiv Me’ got the room grooving until he stopped the song halfway through to break up a fight. “Aww, come on girls, we don’t want none of that in here,” he remarked as a bouncer braved the crowd to intervene and take one of them out of the room.

“Nah! Security! Don’t take her out, just separate ‘em, we want everybody to have a good time in here”. A well-deserved round of applause spread throughout the room in response to Dizzee’s gentlemanly conduct preceded the track being restarted to keep the party train rolling.

Listening to the crowd sing along to ‘Bassline Junkie’ felt strangely ironic. Earlier on in the show, my mate Max and I had bumped into a group of underage lads who were under the influence of alcohol — and something else, we were sure of it. Being in Manchester, in a crowd where many people were swimming in the sauce, I couldn’t help but chuckle when the room sang the lines “I don’t need no speed, I don’t need no heroin, I don’t want no coke, You can keep your ketamine, I’m a bassline junkie”.

‘I Luv’ U’, ‘Jus’ a Rascal’, and ‘Holiday’ were met by an ecstatic roar from the audience, as expected. Dizzee is an incredible showman with exceptional crowd control. Although his hypeman was backing him up the whole time, he may as well have not been there at all; the Rascal didn’t miss a beat and didn’t skip any lines, a welcome sight in hip-hop gigs.

The lights dimmed at 22.30 and the crowd booed and jeered. How could our main man betray us by walking off stage without a goodbye and, more importantly, not performing ‘Bonkers’? He walked back onstage to a cheer that was followed by him proclaiming “We’ve run overtime, we gotta cut the show short. Sorry, Manchester”. Another round of booing followed. “Only joking motherf******, let’s do this s***!” paved the way for the encore that everyone wanted and deserved: ‘Bonkers’.

In the mad, sweaty mosh that the club banger produced, a young lady had flung her bra onto the stage from the shoulders of a tough looking lad. Dizzee chuckled at the end of the show and pointed at her while expressing his amazement to his hypeman and DJ.

With an elegant toss, he returned the woman’s undergarment and told the crowd: “Take this, yeah? Make sure you give this to her or I’ll smack on you, I swear to God. Make sure you’re safe, yeah? We don’t want no funny business around here” followed by a raucous cheer from the audience.

Dizzee Rascal’s fun tunes, great interaction with the crowd, high energy performance, and chivalrous moments made for an absolutely bonkers gig that left me sweaty, battered, tired, and grinning like a crazed concertgoer I was.