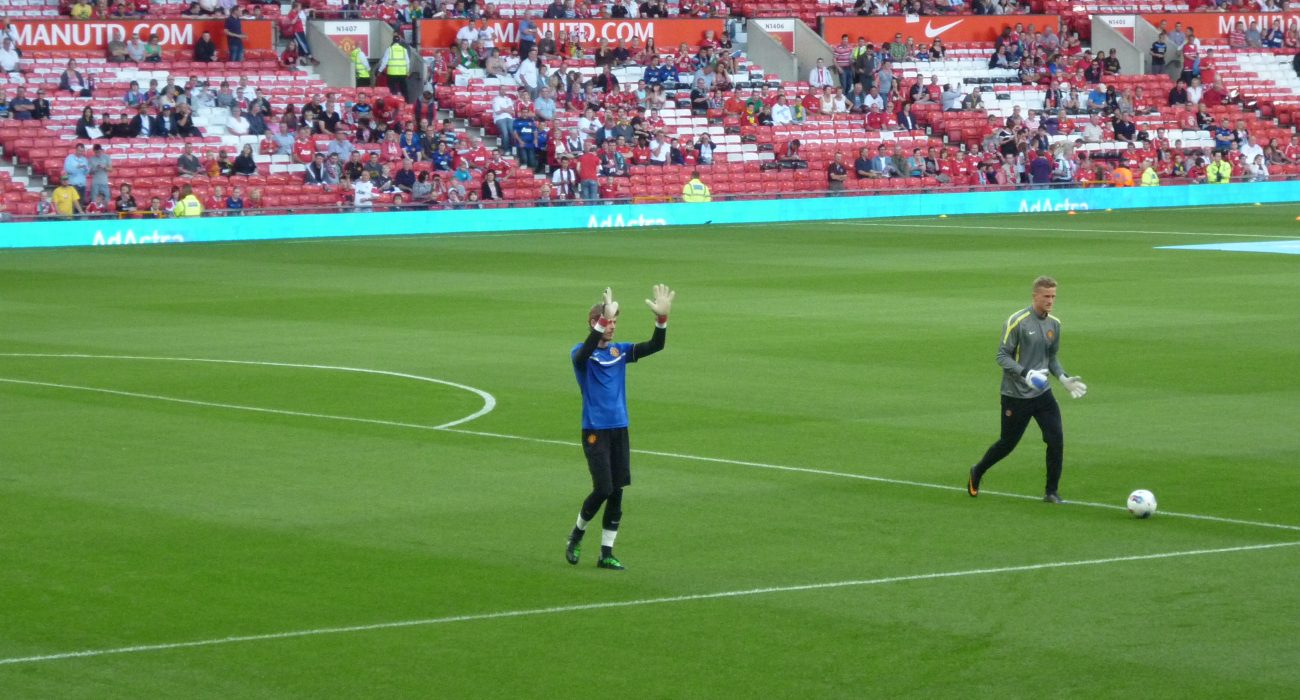 Nemanja Matic and Victor Lindelof will both be returning to their former clubs, with Mourinho also returning to the team he first became a first-team coach with. Formerly the assistant to Jump Heynckes, he took over in the fourth week of the 2000/2001 season after Heynckes left the club under a mutual agreement.

Several injuries mean that the United line-up is a very predictable one — 4-4-1-1 —, with the only doubt being whether Rashford or Martial starts. De Gea is in-between the sticks with Valencia (c), Lindelof, Smalling, and Blind making the back four. Herrara, Matic, Mata, and Rashford play in the midfield, sitting behind Mkhitaryan and Lukaku.

Benfica get the game kicked off. They were the second club ever to lift this trophy after Real Madrid, and it is they who start the game better, getting the ball into the United box in the hopes that someone can connect to it but to no avail.

A yellow card comes in the fifth minute as Mkhitaryan gets an elbow to the head. The Benfica player had his eyes on Mkhitaryan rather than the ball so he can have no complaints about that.

The game settles down after the first ten minutes and it is United who are on top and controlling possession as expected. They are playing to the very limit of the Benfica backline with two of their attacks in quick succession being stopped from offside calls.

A fantastic chance for Benfica as Grimaldo takes on three United players stylishly before crossing it into the box. The resulting shot didn’t have any of that quality though and it goes high and wide.

That chance switches momentum in their favour and United struggle to hold possession, barely stringing two or three passes together before losing it again. The pace in which Benfica break away with is surprising the Red Devils who can’t handle it.

At the 30-minute mark, United finally wake up and turn on the gas with the ball not leaving the Benfica half for the past six minutes. Mata and Matic are looking very bright, the creative sparks in a team which before this really lacked forward thinking. The latter made a driving run through the defence and fired a shot straight at the keeper.

Valencia gets the second yellow card of the game for using his hand to block a player, making contact with his face rather than the body. The free kick is near the corner flag and gives Benfica the chance to get players into the box and test Mourinho’s set pieces training. It barely reaches the first man though, rather pathetically bouncing towards the mass of players.

As the first half comes to an end, neither side look more likely to win in a back and forth game. The main story though is a number of offsides from United attacks at 6, which is just a lack of concentration and needs to be addressed. Mourinho will not be amused, and the side that comes out in 15 minutes will undoubtedly be more focused.

From the whistle blow, it is already obvious that United have stepped it up, closing down attacks quickly and turning that defence into attack. They are yet to test the young keeper though, with their only on target shots going straight into his gloves.

The third yellow of the game as Rashford breaks on his own and gets wildly dragged down by the Benfica defender in a desperate to stop the attack. Fouls aren’t limited to just the one side though as Lukaku does the exact same thing a moment later, not a card though.

This Benfica team is looking worlds apart from the one that lost 5-0 at Basel. That said, it may only take one breakthrough goal for United to cause them to capitulate. I think the substitutes will make the difference, especially the fresh legs of Martial and Lingard, against the tired legs of the defence.

After almost scoring directly from a corner, Rashford scores a free kick from a ridiculous distance, something extraordinary. It would be a shame if that was the goal to defeat Benfica as their defence has been absolutely phenomenal up until that point, forcing United to settle for long shots.

A sad sight for fans as Rashford goes down and takes off his shin pads, it looks like he isn’t going to make any further contribution. Hopefully, it isn’t anything serious. Anthony Martial comes on in a like-for-like change, the first of the game for United so far.

The tempo is slowing down now as United are currently in the lead, looking content to hold possession and wind down the clock in the last 10 minutes. They have a ridiculous 72 per cent possession so far but that really doesn’t do justice to the great performances by Benfica this game.

Lingard comes on in the 82nd minute for Juan Mata, who played a fair amount longer than his usual stints in games. Mourinho is opting to not make defensive substitutions showing that he isn’t packing it in just yet.

Benfica pushing hard for a late equaliser but haven’t managed to turn countless corners and final third possession into shots. As the board comes up for four minutes extra time it seems more likely that United get a second on the counter.

The third and final substitution comes as McTominay takes the place of Mkhitaryan. The Armenian has been lacklustre this game, quite uncharacteristic given his performances so far this season.

A red card in the 93rd minute as captain Luisao slides on McTominay to receive a second yellow. This will indeed mean that he misses the return fixture at Old Trafford, a major blow for a team that has won no points in their first three games.  Jesse Lingard gets a yellow card for time-wasting in the final event of the game

It wasn’t a pretty performance, more reminiscent of the game against Liverpool than one of the 4-0 wins we’ve become accustomed to. Nevertheless United go top of the group with nine points out of a possible nine, their qualification to the next round all but confirmed.