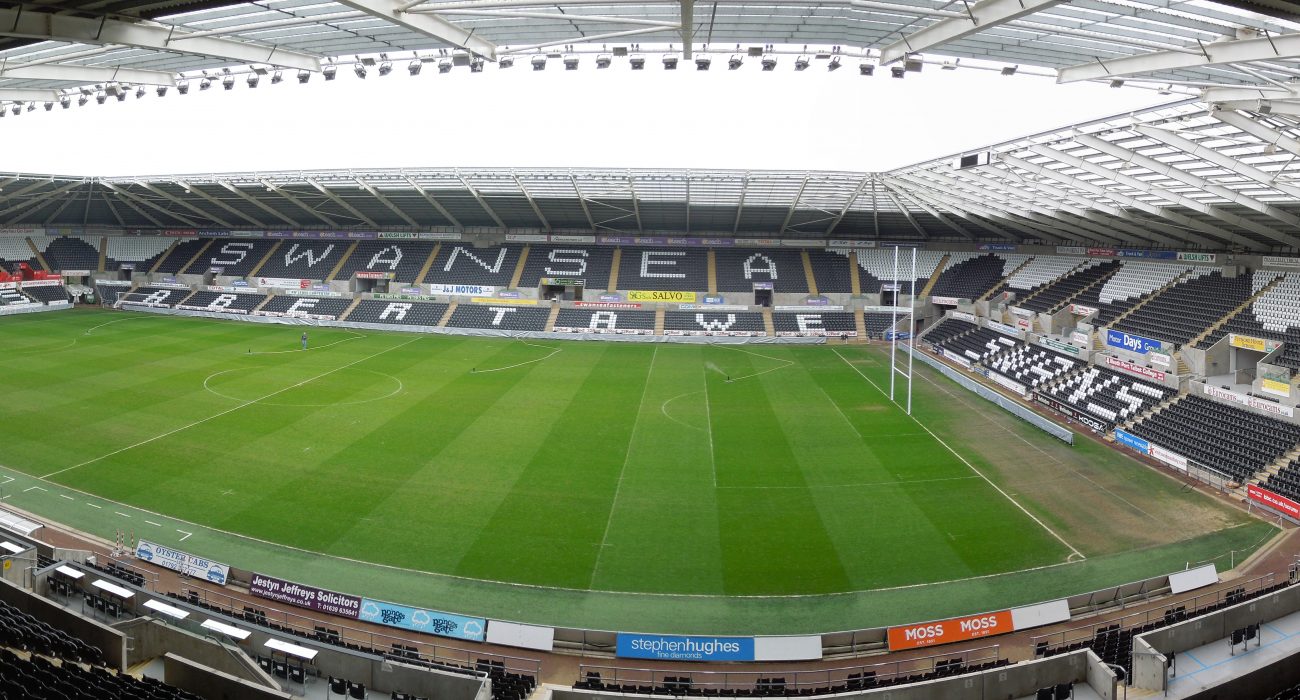 In the pre-match interview, United manager Jose Mourinho made it clear that his side wouldn’t come to this match with the same attitude as the one at the weekend. He will be hoping that the Red Devils can bounce back from the result and a win against struggling Swansea may be just what they need to rebuild spirits.

Unsurprisingly, Mourinho names a drastically changed side from the one that lost to Huddersfield. Romero replaces De Gea in goal. Darmian, Lindelof, Smaling and Blind make up the back four. Tuanzebe and Herrera sit just in front, with Lingard, McTominay and Martial creating a pace fuelled attacking midfield. Rashford starts instead of Lukaku.

Tame is the word to describe the opening couple of minutes. The only player who catches the eye is Rashford, sprinting to close down Swansea players. No one can question his attitude, always running himself into the ground, the same can’t be said of the rest of the team, though.

Any accusations that Paul Clement’s side weren’t compact enough in their loss at Leicester at the weekend will be quickly forgotten as Swansea get bodies behind the ball at a startling pace. Not only that but they are organised going forward.

A poor back pass almost give Swansea an opportunity to embarrass United again. If not for a cheeky flick by Romero they would have been in. As good as it looked he definitely shouldn’t be taking chances like that and defenders shouldn’t be putting him in that position.

With 15 minutes gone Swansea look the better side. They are having less of the ball but they make the most of it when they do, looking genuinely threatening. Lindelof’s demeanour reminds me of Pogba’s last season, a player who’s hefty price tag has affected their mentality. Every mistake he makes looks like a product of nervousness. The only solution to this is coaching and playing games but there aren’t a huge amount of these ‘irrelevant’ games.

United show how they can cut apart teams out of nothing. The ball is passed into Rashford who deftly flicks the balls through to Lingard with acres of space to run into. With only the keeper to beat he finesses the ball into the bottom right hand corner to make it 1-0. Even though they are now in the lead they still look lethargic.

Swansea came so close to levelling it up, but it is Daley Blind who almost scored the goal. The Dutchman completely misjudged his header and luckily for him the ball rolls just round the post.

Substitutions due to injury are never a good thing regardless of who you support. Swansea’s Martin Olsson chases a ball but a twang in his hamstring causes him to start hobbling, Kyle Naughton comes on to replace. At the same time, Rangel gets a yellow card for accumulation.

At half time Manchester United do not look any better than in the game against Benfica or Liverpool or Huddersfield. There is no excitement or passion — it’s like watching an England game. Most of the passes go sideways with players nervous to try any risky passing and if they have any doubt the ball goes straight back to Romero. At least Joe Hart isn’t in goal.

Swansea seem slightly surprised by the sudden energy United are playing with, resorting to cynical fouls. At the same time, Lukaku starts warming up on the sidelines, the game won’t get any easier when the substitutes comes on.

Darmian charges down the right hand side and whips in a beautiful cross. Lingard gets his head onto it and knocks it in for 2-0. When the ball comes to him it is by no means a certain goal, Lingard had a lot to do to get it on target let alone beat the keeper. Scoring three or four goals is vital in restoring confidence ahead of the game at against Spurs at the weekend.

This second goal seems to have brought back the Manchester United from the start of the season. They look utterly dominant holding possession for minutes at a time, exactly what Mourinho will want to take away from the game.

There is a double substitution for United as Rashford and Herrera come off for Lukaku and Matic. After a few games without a goal, Lukaku will be looking to get his name on the scoresheet once more.

It seems like this is just limiting the amount of goals they concede. For Swansea, who are racking up the yellow cards. They aren’t playing badly by any means, they are just getting outplayed in every area of the pitch.

The first United yellow card goes to Axel Tuanzebe. Jordan Ayew just beats the youngster to the ball and gets clattered into. A few minutes before he also missed an open goal from two yards. In his defence he wouldn’t have expected to get it but even if the goal was twice as high it would still have gone over.

Daley Blind gets a yellow card for a bad foul giving Swansea a free kick in a dangerous position. As the ball goes into the box there is an appeal for a penalty as a player seems to get pushed to the ground but the referee isn’t interested.

Good news for United fans as Luke Shaw gets a bit of play time in the last five minutes replacing Anthony Martial. Shaw was voted the best left back in a combined Liverpool and United eleven when the two teams met despite not playing a minute.

In the dying moments of the game my will to live is meeting the same fate. Neither team seems interested in touching the ball. One of the very last moments sees Swansea having a shot from point blank range but a reaction save from Romero keeps the clean sheet. I would take that initial statement back but my god that was painful to watch.

Mourinho will be happy as his side is coming away from Old Trafford with exactly what they needed, confidence. They will certainly need it as they face Tottenham at the weekend, a side that swept Liverpool away with a comfortable 4-1 win.