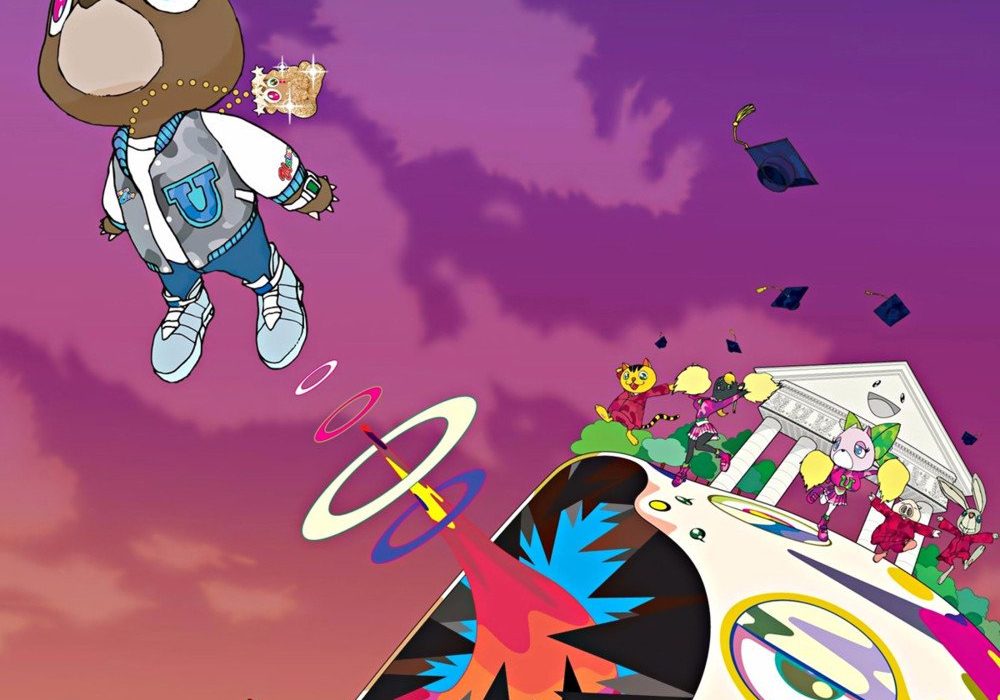 For those of you who love the Old Kanye, now is the perfect time to relive the days B.Y. (before Yeezus).

Famous for his work ethic (amongst other things), the Old Kanye was in the studio for several consecutive years, and in this spirit, Graduation was the third release under Roc-A-Fella Records. West experimented with slower tempos and synthesisers more on this record, as well as taking a more minimal approach with regards to track list length and timing.

Graduation, as an album, allowed West to look into himself more as an artist, fine tune his story-telling and let him reveal more about himself to his audience, reminiscent of ‘Last Call’ from The College Dropout. West’s signature sampling took influence from gospel songs, as well as folk and rock influences such as Bob Dylan and U2.

The release date sparked concern between record labels as 50 Cent’s LP ‘Curtis’ was set to hit shelves the same day. Even though the competition was good for business, there was fierce debate as to who would emerge prosperous — but of course Kanye came through, with  sales reaching almost one million in the first week alone.

Songs that stay with you forever include ‘Good Life’ and ‘Flashing Lights’. Certified hits such as ‘Stronger’ launched Daft Punk right into the public eye. With featured artists including Lil Wayne and Coldplay’s Chris Martin, West was able to bring people of different genres and musical worlds together to create an album with a much wider demographic than the rappers that came before him.

Graduation‘s success allowed Kanye to emerge victorious in the noughties by arguably sparking the end of gangster rap. He paved the way for musicians to come, such as Childish Gambino, Post Malone and the whole OVO family. West’s lyrics still remain relevant to the pop culture of his day and Graduation will always be an important album in Kanye’s musical progression.