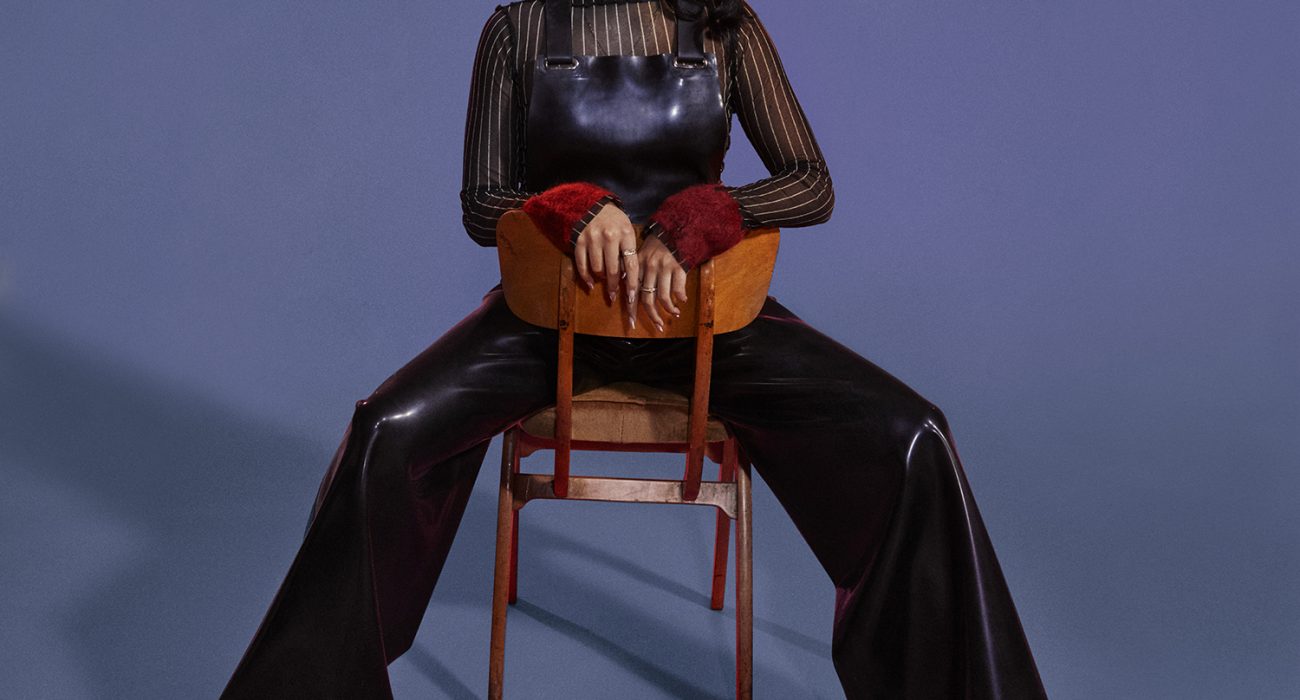 I clambered aboard a tour bus in early October to meet rising R&B star Mabel McVey before her show at Manchester’s Neighbourhood Festival. The singer is set to perform at Gorilla this evening, a date which comes right in the middle of a headline tour.

“It’s a different vibe right now,” she says of the festival, “there’s a really good energy, a cool lineup”. Whilst she’s here she’s making time to go see her friend Zak Abel perform, as well as Dan Caplin. It’s her first ever show in Manchester, somewhere she says she’s “really excited to be performing”.

How much attention does she give to that kind of thing? “It’s motivating: it’s a good feeling, good feedback”, she says. But it’s clear too that they’re not everything, not overly useful. She’s keen to avoid complacency. “At the same time, it’s not good to just sit back and watch play counts, is it”.

So what of live performance? Mabel is an artist who has gradually grown into the performance side of things: it’s gone from her most nervous aspect of being a singer to her favourite, her most confident. She’s looking to continue that in good stride later today, at the intimate venue under the Manchester railway tracks.

So far on her tour, she’s been to Birmingham, London and Bristol — “all really fun” —, and she’s set to set to get through Paris and London again by the end of the next week. This all feels like it’s building up to the hotly anticipated release of her mixtape, Ivy to Roses, due to be released the week after. She’s clearly excited for that — and why shouldn’t she be? It’s an exciting time.

Another thing that fills her with enthusiasm is an album that’s in the works and out next year. She’s been back and forward between London and L.A. to produce it, whilst keeping herself in an “always-writing mentality”.

This is a person for whom moving around has been a constant theme throughout life, having grown up variously between Malaga, Stockholm, and London. I ask her what advantages this unique aspect about her has on her music. “Where you are is always great influence”, she says. “Mixed heritage is a great asset”.

Her one-place-then-the-next upbringing is not the only point of her childhood often brought up under interview. Mabel is also the daughter of a singer-songwriter, Neneh Cherry, and a record producer, Cameron McVey.

I ask her if a family well-esteemed in the music industry helped or hindered her in her own career: “both”, she definitively states. Obviously, music was always going to be apart of her life growing up. Her parents continued on and had her playing the piano from age 5. “Work and family are kept very separate,” she says of home, “but it’s good to have support from people who’ve been there”.

When she was younger, Mabel ran a Swedish style blog: after I mention this we talk about the importance of image. To Mabel, visuals are important — she’s “super visual” — but at the same time they’re just “another piece to the puzzle” that makes up the whole package.

Fashion is another form of expression to her: but not the most crucial aspect when it comes to music. What is, however, is storytelling. It’s definitely the strong point of her music: evocative lyrics that tie together to form a strong narrative.

That’s what she’s aiming for with her singles, her mixtapes, and her album. But it’s also what she’s here to do at the festival later this evening. For Mabel, storytelling is an essential part of music.

Mabel strikes as a figure whose rising ascendancy and status in the music industry is only set to continue in that same direction. In equal measure, this album in the works will be a hotly anticipated one if the singles, mixtapes and live performances continue on in the same pathway she looks to have forged for herself.