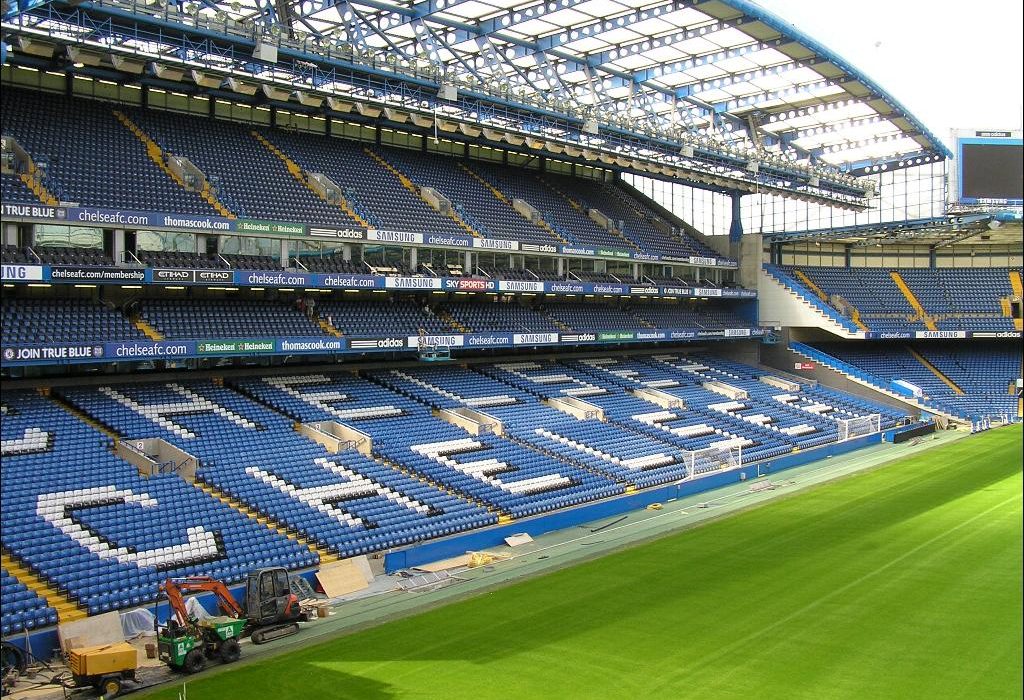 A win here would see United keep the gap at the top to five points whilst extending the lead ahead of Chelsea. If the game at Anfield is anything to go by this will be a dull, dull game.

Fellaini returns to the bench after a long absence due to injury and will hope to get some play time at Stamford Bridge. Mourinho opts for the versatile 3-4-1-2 formation today. De Gea starts in goal with Bailly, Smalling and Jones in a strong back three. Antonio Valencia and Ashley Young are the wing backs and Herrera and Matic are the defensive midfielders. Mkhitaryan will operate just ahead of the midfield and finally Lukaku and Rashford play up front, a partnership that hasn’t shown any chemistry at all so far.

United get the game underway but Chelsea start the brighter. An early free kick featuring a torn shirt for Morata gives Kante room to shoot. Rather than take the chance straight away and catch De Gea off guard he winds up for a few seconds and has a tame shot.

The ball then ends up in the back of the net from a Marcus Alonso cross off the foot of Jones. Much to the relief of United fans it is deemed a push by Morata. After watching the replay I can say with certainty that it wasn’t a foul. Moments later Rashford has a free header but closes his eyes before making contact with the ball, both sides have been let of with one here.

There is a furious tempo to the game in the opening ten minutes with United seemingly here to play. An early goal for the away side though and Mourinho will kill the game entirely. Bakayoko has a clear goalscoring opportunity but fluffs it, Garth Crooks would be livid at the state of his hair.

Lukaku looks a changed player from the lethargic one against Spurs. He tests Courtois with a driven, low shot but doesn’t get it close enough to the corner to cause any major problems. The pendulum then swings in Chelsea’s favour as Hazard cuts inside and finesses the ball towards the top left hand corner but De Gea is equal to it.

Bakayoko commits an awful challenge on Phil Jones and gets the first yellow card of the game. There have been several heavy challenges by each team with neither wanting to let the other get the upper hand. If it stays at this intensity for 90 minutes, United may be able to score some late goals with Martial, Lingard and Fellaini on the bench.

After half an hour the pace of game remains at the same high level with a real end to end feel to it. Neither team has had any major chances to go ahead though. Chelsea flow all play through Hazard in the hopes that he can make that key pass that others can’t but the Belgian hasn’t found a way through just yet.

No added time at the end of the first half and the score is 0-0. If United come away from Stamford Bridge I think nobody can complain. The results so far this season, barring Huddersfield, have been good, the only think stopping Mourinho getting the praise he deserves is the comparison to Manchester City. In any other season this would be enough to be comfortably top of the table but good just isn’t enough.

Jones gets a yellow card early in the second half for lunging in on Hazard. As the referee gives him the yellow card Jones moves him to one side to carry on walking. Matic then fouls Hazard 20 yards further up the pitch in a dangerous position.

Herrera, not wanting to get left out, fouls Hazard too and gets a yellow card. I think the half time message from Mourinho of stop Hazard has been taken a little bit too literally.

United do seem a bit sluggish off the mark this half and Chelsea are making the most of it. A ball comes in and Hazard has to take a first time shot but it goes straight at De Gea. Another cross comes in and Morata, completely unmarked, heads the ball into the top right hand corner. 1-0 to Chelsea, and it has been coming.

I predict Mourinho will make a double substitution in the next few minutes. Fellaini and Martial should come on with Herrera and Mkhitaryan coming off. This is unlikely though as he doesn’t want to play Rashford and Martial at the same time but they need to score goals to get anything from this game.

Sure enough, a double substitution comes with Jones and Mkhitaryan coming off to be replaced by Fellaini and Martial. It looks like United are shifting to a back four, with three in the midfield and three in attack. Almost immediately United look more assured with Fellaini having a positive influence in the midfield.

The attacking trio seems to be staying forward in an attempt to turn defence quickly into attack. Mourinho is encouraging a direct style of play with a lot of lofted balls to Fellaini attempted. The Belgian has fantastic chest control and it seems to be working, United are having more control of the ball.

Fellaini gets a yellow card for an aerial challenge on Morata. The replay shows the slightest, and I mean slightest, of touches and when the yellow card is show, Morata is grinning on the floor.

United, in the hopes of getting something out of the game, are having to commit more and more players forward. When they lose the possession which they are doing frequently there is a danger of conceding a second. This is high risk football.

The final substitution is Lingard for Young. I don’t know how United are going to line after this with only three recognised defenders on the pitch. Is this a 3-3-4? 3-4-3? Who knows? With ten minutes plus stoppage time left and 11 goals in those last ten minutes this season we may yet see a turnaround.

The ball falls to Rashford on the edge of the box and drills it towards the bottom left hand corner. Courtois was rooted to the spot but it goes just wide. United are getting closer and closer however they will need something special to come away with a point.

Fellaini does what only Fellaini can do. He chests the ball down after a cross from Bailly and if not for a fantastic save it would have been an equaliser. United are channelling their inner Jack Nicholson, they aren’t just knocking on the door, they are trying to cut it down with an axe.

It amounts to nothing and Chelsea win, a deserved win too. They played much better for most of the game. Winning the midfield battle meant that United couldn’t get a foothold in the game, had Fellaini come on at 0-0 then the outcome may have been different.