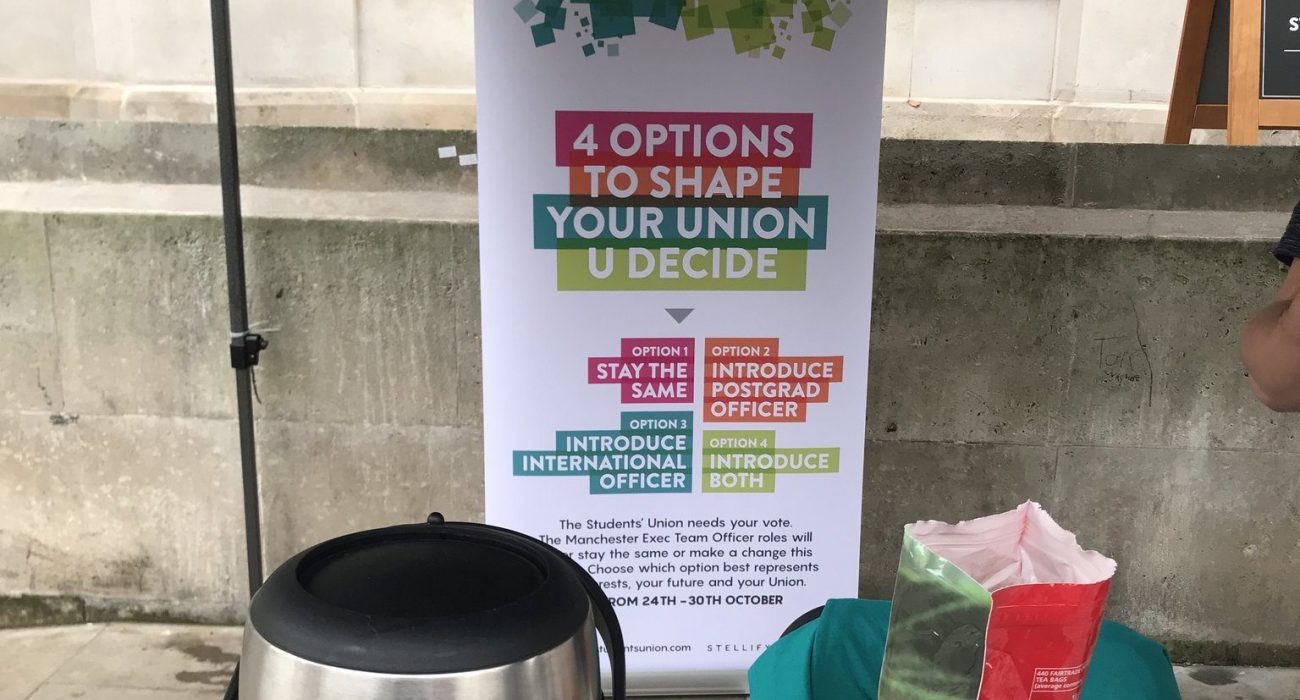 The All Student Vote to choose new Executive Officer positions for the 2018/19 academic year, which closed on the 30th of October, had an incredibly low voter turnout of an estimated 1.5 per cent.

The motion to have the ‘preferendum’ was passed in the Students’ Union Senate on the 28th of September. Whilst the number of voters that participated has met quoracy by Students’ Union bylaws, the motion included a clause that at least 3000 votes would be required for the result to be considered valid.

The options were to keep the same positions, introduce a postgraduate officer, introduce an international officer, or introduce both.

However, the advertisements for the vote were not explicit in saying that the role of Campaigns officer would be if option four was chosen, and also that a new post of Liberation and Access officer would be created in some of the options.

Low turnout can be attributed to many factors, one being that the vote was run at the same time as part-time officer elections and NUS delegate elections, both of which were described as “very successful” by General Secretary Alex Tayler.

Lawrence Rosenberg, a third year student one of the successful elected NUS delegates for 2017/2018, told the The Mancunion that he didn’t vote in the referendum.

Lawrence said: “I didn’t even know there was an election, it wasn’t publicised nor even when I voted for NUS did I find the easy system to understand.”

The History and Politics student added that the options presented to students in the All Student Vote “just weren’t clear at all.”

When asked for his thoughts on the All Student Vote by The Mancunion, third-year Geography student, Iwan Williams, replied: “Which vote?” and that he had “no idea what you are talking about.”

Iwan’s comment was echoed by third-year History student, Benedict Wright, who told The Mancunion: “I didn’t even know the SU were holding a referendum” and it appears that many students were unaware that the vote was taking place.

Rather than reopen the All Student Vote or discard the result (which has not yet been announced), Alex Tayler told The Mancunion that the result “will be included in discussions within the Students’ Union Trustee board” where “a preferred result will be selected.”

This will then be “submitted to the Annual Members Meeting in December for final approval.” All students are eligible to attend this meeting and voice their opinion, and the General Secretary encouraged all students to do so.

He told The Mancunion that restructuring the Exec officer roles is still a good thing to do, regardless of the referendum turnout: “We’d be mad to miss this opportunity to reform and to represent our students as best we can.”