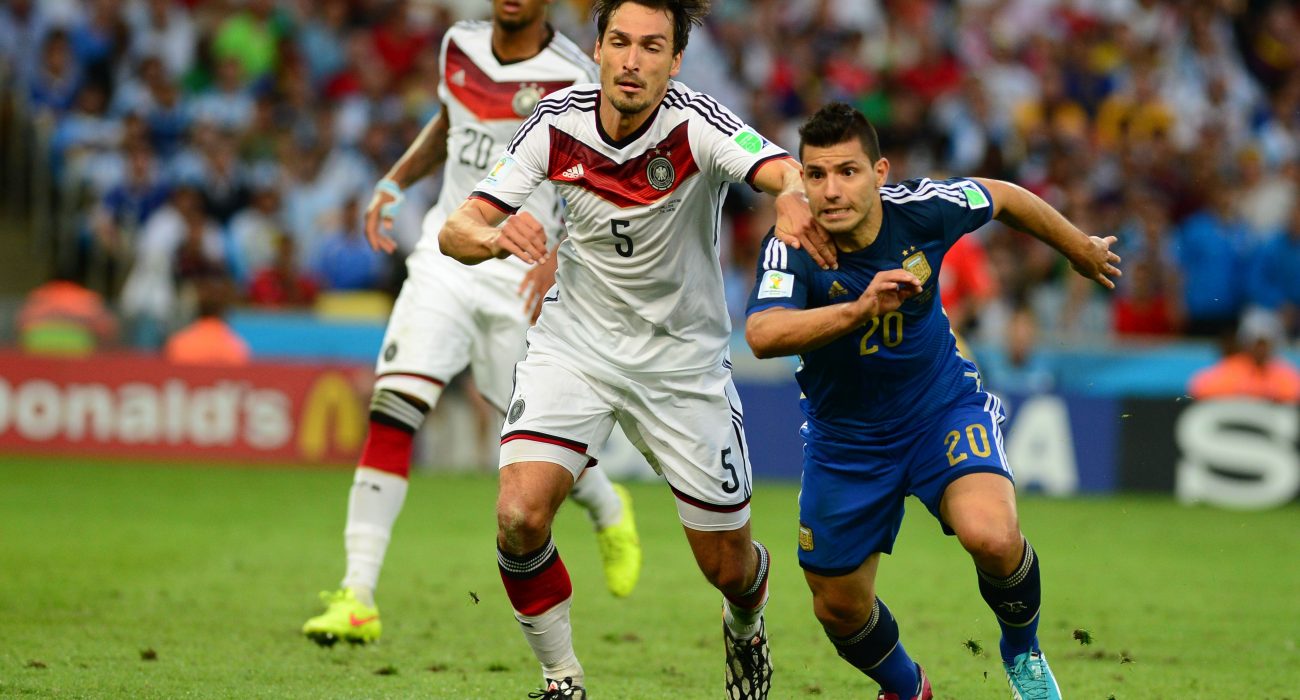 The hosts started the brighter in this encounter and City endured a difficult opening 20-minutes, a stark contrast to the Etihad fixture two weeks prior where City dominated the opening stages. Shortly after the 20-minute mark, Napoli were ahead.

A wonderfully orchestrated passing move between Lorenzo Insigne and Dries Mertens allowed the former time to side-foot the ball past Ederson and into the City net.

Guardiola’s side meanwhile had to use less than familiar methods in finding their goals. Unable to replicate the attacking, passing moves of Napoli, Manchester City found their way back into the game through the head of central defender Nicolás Otamendi.

Kevin De Bruyne collected a short corner before firing a ball across to the back post. The Argentine defender rose highest to head the ball past a diving Pepe Reina who did manage to get fingertips on it but could not keep it out.

In a mirror image to the first game, it was City who ended the half brighter. Looking to go ahead, John Stones cannoned a header off the bar which left Pep Guardiola with his head in his hands. The sides went in at half-time level but it was not long after the restart that City got their second goal.

Stones again rose to meet a Leroy Sané cross but this time his header hit the underside of the bar. The ball bounced directly downwards and then out of the goal but the goal line technology deemed the ball to have crossed the line and City took the lead for the first time in the game.

With the same stubbornness that City have shown throughout this season, Napoli refused to switch styles and continued with a high tempo, high press attacking game. This pressure on City’s backline eventually bore fruit as Sané was clumsy with a challenge on Raúl Albiol inside the penalty box.

Referee Felix Brych showed no hesitation in pointing to the spot and awarded Napoli’s third penalty of their two previous Champions League games. Jorginho calmly slotted the ball in to tie the game.

A point would have been a good result for City in truth and it was looking more likely that the hosts would find a winner, a fingertip save denied from Ederson denied José Callejón a certain goal, however with the pace of Sané, Sergio Agüero and Raheem Sterling in the team, City are always a danger on the counter.

Fernandinho released Sané who put the afterburners on and accelerated past the Napoli defenders. Albiol managed to get a foot to the ball but unfortunately for the Spaniard, it fell to the feet of Agüero. The Argentine took the ball into the box before powering it low into the right-hand corner of the net.

The goal put City ahead once more and excelled Agüero to the top of the goalscoring charts for his club. His tally of 178 sees him one ahead of Eric Brook, an outside left who played for City in the 1920s.

With Napoli pushing forward to find an equaliser, they were left short at the back. De Bruyne had time and space to pick out Sterling who scored his tenth goal of the season in injury time. The game finished 4-2 to the visitors as City sealed their qualification to the next round.

After the game, the record-breaker Agüero said “This moment is once in a lifetime. I am happy because the team helped support me with the City fans and the staff. We must keep going in the same way, every game, playing the same way.”